So what’s appropriate for the office? Experts differ in opinions, but there are a few points they agree on. Ripped and worn looking jeans, shorts and Hawaiian print shirts are all unacceptable. Faded denim is also associated with sloppiness. Keep your look smart. For example, pair up dark jeans with a button-down blazer.

There are two important factors when discussing dress codes in the workplace. First of all, it must be clear. Employees need to know what is expected of them: otherwise, a dress code that is meant to create a relaxed atmosphere might actually increase stress. Second, employees must always consider their clients. We spoke with a lawyer in a firm with a casual dress policy who keeps a jacket and a tie in his office, and puts it on when expecting a client who might be offended by a more casual approach.

And one final thing – no matter what clothes people wear, they must always be clean and neat. Coffee stains are unacceptable on the front of one’s casual as well as one’s formal shirt.

1. Cleanliness is always important in the workplace.

2. Some clients may not accept casual dress code in business situations.

3. Experts agree on what should be worn for the office.

It's a typical Sunday afternoon at Tokyo's Girl Is Girl store and customers crowd into this mecca of Japanese teen fashion. 11-year-old Chihiro holds up a lemon yellow shirt with hearts and stars and says longingly, 'This is so cute. The next time I'll come with Mum.' Her two friends nod in agreement.

Chihiro and her friends are no ordinary shoppers; they are about the only dynamic consumers left in the sluggish Japanese economy. Marketers call them 'bubble juniors': the 9- to 14-year-old daughters of Japanese women who spent lavishly as carefree twenty some things during Japan's 'bubble' years of the 1980s. They are the potential trendsetters, like college girls in the 1980s and high-school girls in the 1990s.

Since Japan entered its recession, the retail clothing industry has been in a tailspin. Clothes sales at Japan's department stores have shrunk by almost 10% in the last five years. All the traditional market sectors- men's, women's and children's - have suffered. Only recently did Japanese clothing lines awaken to the purchasing power of the bubble juniors.

The girls are a unique and profitable niche. They don't want to wear what's in the kids' section. Rather, they mix mature styles with bright colours and childlike frills.

5. 'Bubble juniors' are all Japanese children from a certain age group.

6. Young girls have been known to set fashion trends in Japan before.

7. Clothes sales in Japan have increased by 10% in recent years.

8. Japanese 9- to 14-year-old girls choose clothes that give them a mature look.

ASSISTANTS TO THE STARS

It stands to reason that a city like Los Angeles, which is home to so many of the famous and the semi-famous, would have an Association of Celebrity Personal Assistants (ACPA). The organization describes personal assistants (PA) as ‘multitasking’, as ‘possessing the most resourceful, creative, insightful, and results-driven abilities.’

When I first got in touch with Josef Csongei, the organization’s president, he was initially reluctant to talk to me because I was a journalist. As he sees it, celebrity PA has not always been treated fairly by the press. But despite this, and all the hard work, he explained, the jobs were still widely sought after. He noted that people regularly travelled great distances to attend a seminar titled ‘Becoming a Celebrity PA’ run by the ACPA. To prove his point, he told me about Dean Johnson. In the coming weeks, I heard this story from a number of assistants, including Johnson himself, and every time it left me baffled.

The story begins one night in September 1994, with Dean Johnson sitting at home in Columbia, South Carolina. Johnson is a single, 32-year-old business executive in charge of marketing and advertising at a sizeable company in the healthcare industry. It is 11 pm and he’s looking to unwind in front of the television after a long day’s work. A repeat of a talk show appears on the screen, and the host introduces her four guests: the celebrity PA for Whoopi Goldberg, Roseanne Barr, Burt Reynolds and Carol Burnett. As these assistants talk about flying on private jets and attending Hollywood parties, Johnson reaches for a pen and starts taking notes. Without wasting another minute, he picks up the phone, calls directory enquiries in Los Angeles, and asks for the home phone numbers of the four assistants on the show.

9. When the writer first contacted him, Josef Csongei was

A.   angry about something she had written.

B.    suspicious of her because of the profession.

C.    surprised that she was interested in his organization.

D.   pleased that she recognized the importance of assistants.

10. The phrase ‘to prove his point’ refers to Csongei’s belief that celebrity assistants

A.   enjoy travelling as part of the job.

B.    are not given the appreciation they deserve.

C.    do a job that many other people would like to do.

D.   need to do a course before they start looking for work.

11. At the beginning of the story about Dean Johnson, we learn that

A.   he had turned on the television in order to relax.

B.    he was dissatisfied with the work he was doing.

C.    he had always wanted to work in the film industry.

12. What was Dean’s immediate reaction to what he saw on the program?

A.   He wrote down the contact details of the four interviewees.

B.    He decided which of the four interviewees he wanted to talk to.

C.    He started making enquiries about how to find the people on the show.

D.   He read through his notes carefully before getting in touch with anyone.

Thomas Edison was the seventh and last child of Samuel Edison. He was a very curious child who asked a lot of questions. He began school in Port Huron, Michigan when he was seven.

One day Thomas Edison came home and gave a piece of paper to his mother. He said to her, “My teacher gave this paper to me and told me to give it only to my mother”.

His mother’s eyes were tearful as she read the letter out loud to her child: Your son is a genius. This school is too small for him and doesn’t have enough good teachers for training him. Please teach him yourself.

After many, many years, after Edison’s mother died he was then one of the greatest inventors of the century, one day he was looking through old families things. Suddenly he saw a folded paper in the corner of a drawer in a desk. He took it and opened it up.

On the paper was written, “Your son is addled. We won’t let him come to school any more”

Edison cried for hours and then he wrote in his diary: “Thomas Alva Edison was an addled child that, by a hero mother, became the genius of the century”.

B.    … most of his inventions can be used for practical purposes.

14. Why was it impossible for him to continue his education at school – according to his mother’s words?

A.   He was too smart and needed a special tuition.

B.    The school was too small and there was no place for him in the class.

C.    His teacher was irritated with his tendency to ask lots of questions.

D.   Their family moved to another place.

15. What does the word combination “a folded paper” refer to?

16. What conclusion did Edison come to?

A.   He was an addled child

B.    His mother had always lied to him

D.   His mother’s belief and love made him a genius.

Many people in Britain try to get their kids to study more by giving them money. However, it doesn’t help students to get better marks for their exams. Surprisingly, but the promise of a trip to a nice and interesting place could encourage students to try harder and do better at school.

Researchers from the University of Bristol in England looked at how promises of cash and tickets to events affected students’ studying and learning. Over 10,000 pupils took part in the research. There was an improvement in classwork and homework, but this did not result in better test scores.

Education expert Dr. Kevan Collins said good teachers were better than promises of rewards to get children to study, especially for children from low-income families.

He added that some pupils have a lot of goals and believe that education is a way of getting what they want out of life, but there are kids who think that working hard doesn’t make a difference.

He wrote: “What really makes the difference is how students are taught”.

A.   … money can’t improve students’ results in the exams.

B.    … students show better exam results when they are paid for it.

C.    … all the students who study well are taken to nice trips.

D.   … parents always pay their children who get good marks.

18. All the students who took part in the experiment…

A.   …showed better results in tests.

B.    …were from the University of Bristol.

C.    …had some improvement in class work and homework.

B.    … believes that a good teaching method is crucial for the student’s performance.

C.    … says that most children are determined.

D.   … doesn’t think a method of teaching makes the difference. 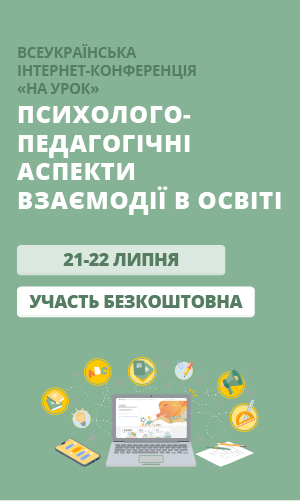