Read the text "Basketball" and do the tasks.

It was a rainy day in November, 1891. An instructor at Springfield College in Massachusetts climbed up a ladder and nailed a fruit basket to the wall of the gymnasium. Then he climbed down the ladder. He picked up a football and threw it. The ball went into the basket. As he climbed back up the ladder to get the ball, the man was very glad. Maybe he had solved his problem! Well, he would soon see.

Ten minutes later, eighteen young men ran into the little gym. The in­structor put nine boys on one side and nine on the other. He told them to throw the ball to each other or bounce it and, when they were near the wall where the basket was nailed, to try and throw the ball into the basket. The game started, and what a game it was!

When several of the young men fell onto the floor as they were play­ing, the instructor stopped the game. "Something is wrong in this game," he said. "This is too unpleasant."

He sat down and took out a piece of paper and a pencil. "Now let's have some rules and let's observe them!" He paused for a minute, think­ing. Then he began, "Rule number one: No one can run with the ball! You have to throw it or bounce it to someone else on your side." They all agreed that it was a good rule.

"Rule number two: If a man pushes another player to get the ball, the game will stop. The man pushed will have a free throw at the basket. No­body must try to catch the ball on its way to the basket."

That rule, was good too. Quickly, other rules were made. When the game started again, there was less pushing, fewer men falling, and better passing of the ball from one man to another. A second basket was nailed to the wall at the other end of the gym.

The man, who nailed the fruit baskets to the wall, was a young Ca­nadian. His name was James Naismith, and he was a college teacher.

1. According to the text: "It was a snowy day in November."

An instructor nailed a basket to the wall of the gymnasium.

He tried to put the ball into the basket while standing on the ladder.

There were twenty young men with him.

The instructor put nine of the players on one side and the rest on the other.

He told them to run with the ball.

The game was interesting.

The young men could easily bounce the ball and they didn't push each other.

The man found some rules written on a piece of paper.

The players should not push each other while bouncing the ball.

Everybody could run with the ball.

They nailed one more basket on the same wall.

An instructor worked at Springfield ...

at the sports ground

During the game... could easily go through it.

There were ... young men with the instructor.

The instructor put the men ...

to run with the ball

to bounce the ball

to bounce and throw the ball

The instructor stopped the game when ...

the ball fell onto the floor

all the men fell onto the floor

some of the men fell onto the floor.

He decided to change ...

When the game started again ...

there was less passing of the ball

one more basket on the other wall

This instructor was from ...

A movie filmed by monkeys is to be shown on the BBC. The primates were given monkey- proof cameras. At the same time, they were also given a touchscreen monitor so they could select different types of videos to watch. It seems that they were more interested in making films than watching them. The monkey- made movies probably won't win any Oscars, but researchers hope it will show what sort of things monkeys like to look at.

What is the BBC going to show?

A film about monkeys.

A film made by monkeys.

A film about monkeys making a movie.

The new Screenshiba X3000 television was created by Italy's best designers. It's made from shiny black chrome and carbon. The giant plasma screen looks just fabulous in any room. It has the usual technical features of auto-tuner, USB connection and remote control. Special attention has been given to making this television so thin that it could be a super-model. On the wall or free standing, this is a stunning TV. The price reflects that this is a television for the rich and famous.

Which statement is true?

The television is made from plastic.

It can only be on the wall.

The Japanese designed it.

People have been playing chess for hundreds of years. A game similar to chess was first played in Northern India in the 6th century. The popularity of the game spread to Persia and the Muslim world during the 10th century and by the 12th century the game had reached Southern Europe. Italian and Spanish players changed the pieces and rules during the 15th century to what they are today. It was another 400 years later, in 1886, that the world had its first chess champion - a man from Prague named Wilhelm Steinitz.

When did modern chess originate?

In the 19th century.

In the 6th century.

In the 15th century.

In the 12th century.

What colour are you?

Colours have lots of meanings associated with them. English people often say they are feeling blue when they're sad. Blue is also associated with trust and power.The colour red makes people brave and gives them lots of energy, but it can also make them aggressive. Orange is a much friendlier colour and means freedom and creativity. Everyone knows that black is often shown in films as being bad and mysterious, while the opposite colour, white, means innocence and truth. It is also known that people who wear green will have good luck, money, beauty and peace.

What three colours should you wear when you want to be rich, good at painting and not feel tired?

The Seven Wonders of the World were truly amazing. The best known of them is the Great Pyramid as it's still here. It's also the oldest. It was built in 2560 BC for the Egyptian Pharaoh Khufu. For 3,800 years it was the tallest building on Earth, standing at nearly 150 metres tall.

Why is the Great Pyramid the best known of the Seven Wonders of the World? (paragraph 1)

Because it's the oldest man-made building on Earth.

It has survived a lot of dangers and still exists.

The Egyptian Pharaoh Khufu built it.

For many years it was the tallest building on Earth.

The Hanging Gardens of Babylon were built around 600 BC by King Nebuchadnezzar II for his sick wife, Amytis. The gardens had many plants from her homeland, Persia. The large gardens were remarkable because they were built on stone terraces which were watered by a series of complicated pumps.

Why were the Hanging Gardens of Babylon so famous? (paragraph 2)

They were technically very advanced for the time.

They were the biggest gardens in the world.

The most amazing plants were in the gardens.

The gardens were a present of love.

Many of the Seven Wonders were destroyed by earthquakes. This includes the Statue of Zeus at Olympia, which has been one of the most popular tourist sights for 600 years after it was built in 430 BC. The Lighthouse of Alexandria goes one better and was destroyed by two earthquakes in the 1300s - one after the other. It was built on the island of Pharos, off the coast of Egypt. During the day, a mirror was used at the top of the 130-metre-tall tower to help sailors find their way, while at night, a fire was lit.

Why did more people see the Statue of Zeus than the Lighthouse of Alexandria? (paragraph 3)

It was a popular tourist destination.

The statue was bigger than the lighthouse.

The lighthouse was on the island.

Some of the Seven Wonders had strange reasons for being built. The Colossus of Rhodes was a statue of the Greek god of the sun, Helios. It was built to celebrate the island defeating an army of invaders and paid for by selling the equipment left behind by the defeated army. The Mausoleum of Mausolus was paid for by a Persian man named Mausolus. It was a tomb for him and his family, and Mausolus gave his name to the word 'mausoleum'.

How was the Colossus of Rhodes paid for? (paragraph 4)

The losing army in a war paid for it.

It was paid for by the winning army in a war.

Second-hand war items were sold to pay for it.

The people of Rhodes paid for it as a gift to the sun god.

The Temple of Artemis/Diana was built in 550 BC and dedicated to Artemis, the goddess of forests, hunting, the moon and many more things - luck not being one of them. It was burnt down by Herostratus, who wanted to be famous for burning down the famous temple, and then rebuilt by Alexander the Great, burnt down again, rebuilt and finally pulled down by the Christians.

Why did Herostratus burn down the Temple of Diana? (paragraph 5)

Alexander the Great was his enemy.

The temple was unchristian.

Herostratus was unlucky and it was an accident.

He wanted to be remembered for burning it down. 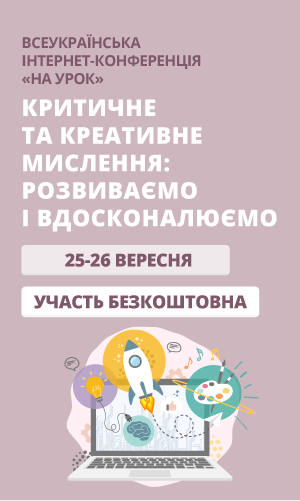