Objectives: students will be able to:

Grammar items: wh-questions, future with be going to.

T: Good morning, students. I'm very glad to see you today. I hope you are fine.

T: Today we are going to speak about London and its parts. You will learn many interesting about them. By the end of the lesson you should be able to speak about the capital of the United Kingdom.

T: Do you like to travel? Today we will travel to a wonderful place in England – its capital city London.

T: let’s remember how can you travel and what kind of transport it may be? Let’s look to the board and think about as many different ways to travel as you know.

T: But before we start our tour we should fill in the International Student card.

T: And now imagine! We are going on a tour around  London.

T: Close your eyes for a minute and imagine that you have just arrived to London. There are so much to see in London that even Londoners can always find new places of interest. Among them are: St Paul’s Cathedral, the Tower of  London, Trafalgar Square, Buckingham Palace, London Eye etc.

Teacher shows the presentation of  famous places in London.

- As you know, London stands on the river Thames. London, the capital of Great Britain, is a very old city. We can see a lot of interesting there. There are famous squares and streets, parks and palaces. (Slide 8)

- Look! You can see the famous clock tower - Big Ben. Tourists want to see the clock in its tower and to hear the bells. Big Ben is really a bell. It is a big bell. The bell weights 13 tons. The man who built Big Ben was very tall and workers and his friends called him Big Ben. So the English people called the bell Big Ben too.  (Slide 9)

- You can see Buckingham Palace.

Queen Elizabeth lives there. Buckingham Palace has 600 rooms, a swimming pool, a cinema, a  ballroom and a garden. In summer the Queen Buckingham Palace is the London home of the kings and queens of Great Britain. Now the gives three garden parties for about 9000 guests. (Slide 10)

- You can see Trafalgar Square is a famous square in the centre of London. In the middle of it is a monument to Admiral Nelson is situated. The monument includes four bronze lions. (Slide 13)

- let's watch some video and try to remember the famous places of interest. Listen to the speaker.

Students watch video and after that name the places they watched.(video ‘London’)

-Let's find Trafalgar square and Big Ben on the map.

- Where is Trafalgar Square?

- What museum is not far from Hyde Park?

T: Find the pairs to the words

Look at the map of London and try to find the places which we are going to see. (Slide 17-18)

T: Agree or  disagree the statements according to the text:

5. The Trafalgar square is situated in the centre of  London .

7. Houses of parliament is famous bridge of  London.

8. Buckingham Palace is the residence of  British Queen Elizabeth II.

9. London Eye is the most famous attraction among tourists all over the world.

(The statements are on the cards) (Slide 20)

Song ‘Tower Bridge Is Falling Down’

T: Read the text quickly and find the names of the main parts of  London

London is the capital of Great Britain. Its population is more than 8 million people. London stands on the river Thames. It is the largest city in Europe and one of the largest cities in the world.

London is not only the capital of the country; it is also a very big port, one of the greatest commercial centers in the world, a university city, and the seat of the government of Great Britain.

The main parts of London are: the City, the West End. the East End and Westminster.

The City is the commercial part of London. Only about ten thousand people live there.

The West End is the richest part of London. You can find the best shops, theatres, cinemas, museums, fine parks and  squares there. Its houses and streets are very beautiful. The rich people live in the West End.

The East End is the part of  London where working people live. There are not many parks in London.

There are a lot of places of interest in London: Westminster Abbey, Tower of London, St. Paul's Cathedral, and many others.

T: Read the sentences and say are they true or false?

T: Write a postcard to your friend

1. Trafalgar Square – this place is in the centre of London. There is a monument to Admiral Nelson and two fountains there.

2. The Houses of  Parliament – this is the home of the British Government. There are many towers on the building and there is the famous clock in one of them.

3. Big Ben – this is a famous clock named after Sir Benjamin Hall.

4. Westminster Abbey – this church is a symbol of English traditions and is more than 900 years old. Nearly all the kings and queens of Britain were crowned and buried there.

5. Buckingham Palace – it is the official residence of the royal family. It was built in 1703 and has 600 rooms and 3 miles of a

6. St. Paul’s Cathedral – this church was built by a famous architect. It took him 35 years to built it. It is huge with a golden cross and a bell on the top.

7. The Tower of London – it is one of the oldest buildings in London. It was founded in the 11th century by William the Conqueror and is a museum now. There is the White Tower in the centre of it.

8. Tower Bridge – it is situated near the Tower of London. It is one of the most famous bridges in the city and first was opened in 1894.

Let's play a game "Detectives". Look at the map of  London, follow the instructions and find the place - palace, two museums, underground station.

1) Start from Victoria Station, turn left at Eccleston Street, turn left at Knightsbridge underground station, go down Brampton Road. It is on the right side of the road.

2) Start from Victoria Station, go up Victoria Street, and go past Westminster Abbey. It is near the park.

T: Your homework for the next lesson will to write places of interest in your town and tell what can we see there and how can we get there.

T: What would you like to visit in London?

T: Thank  you for your work today. You were great. Your marks are… . 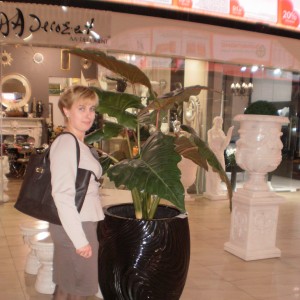