THE CATEGORY OF OFFENCES

v offences against the person

Crime is an unlawful socially dangerous act committed by a person who may be liable, and provides for the Criminal code of Ukraine.

Crime is always an act of a person who encroaches on the most important social relationships that have been established and are recognized and acceptable in society, so that they are protected by the criminal law.

THE ELEMENTS OF A CRIME

The severity of the crimes

1. small weight  (the penalty is imprisonment for a term not exceeding two years or another, milder punishment except for the main penalty in the form of a fine of more than three thousand tax-free minimum incomes of citizens).

2. average weight (a crime for which the main penalty is a fine of not more than ten thousand non-taxable minimum incomes of citizens or imprisonment for a term not exceeding five years).

3. heavy  (a crime for which the main penalty is a fine of not more than twenty-five thousand non-taxable minimum incomes of citizens or imprisonment for a term not exceeding ten years).

4. especially serious  (the crime for which the main punishment is provided in the form of a fine in the amount of more than twenty-five thousand non-taxable minimum incomes of citizens, imprisonment for a term of more than ten years or life imprisonment).

THE CATEGORY OF OFFENCES

Armed robbery - a robbery with the purpose of taking someone else's property.

Assault  - a robbery for the purpose of taking someone else's property, connected with violence, life-threatening or health of a person who has experienced attacks, or with the threat of such violence.

Battery - a violence with bodily injuries dangerous to the life or health of the person.

Rape - a sexual intercourse without the voluntary consent of one of the partners.

Domestic violence-actions of one family member against another, which violate civil rights and freedoms of a person, which lead to physical, mental, moral suffering.

Arson-actions that lead to the ignition of facilities or property.

Bribery-receiving an official, as well as giving her a bribe in order to obtain certain benefits illegally.

Drunk driving  - driving under the influence of alcohol, drugs or other intoxication, reducing their attention and speed of reaction.

Theft ( embezzlement) - the appropriation, seizure or embezzlement of another's property, which was entrusted to a person or was under her authority or by abuse of official position.

Fraud - taking someone else's property or acquiring the right to property by deception or abuse of trust.

Homicide  -a crime that is criminally punishable worldwide and is the intentional (unlawful) infliction of death on another person.

Kidnapping - an illegal prohibition for a person to choose his / her place of residence or secret or open capture.

Larseny - - theft, carrying out which, the guilty person believes that it does not notice to the victim or other persons.

Shoplifting - a theft, carrying out which, the guilty person believes that he does it unnoticed.

Burglary - the secret theft of someone else's property.

Money laundering-a set of transactions with money earned illegally (theft, drug trafficking and the like), which are carried out in such a way as to give the impression of the legal sources of their appearance in society.

Obstruction of justice – intentional socially dangerous active behavior that infringes on the activities of the court, Prosecutor, investigator or person conducting the inquiry established by law.

Tax evasion - the use of illegal methods to reduce the amount of tax liability.

Vandalism - a malicious destruction or damage to cultural and historical monuments, other material and cultural values, private or public property.

Criminal liability is provided for in the Criminal code, which limits the rights and freedoms of the person who committed the crime, which is individualized in the conviction and is carried out by special Executive bodies of the state power

THANK YOU FOR YOUR ATTENTION! 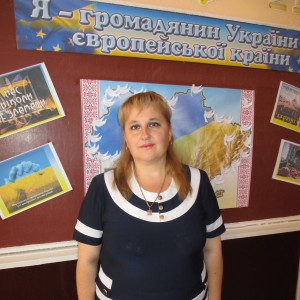