At the lesson students will be able to:

-to improve their communicative skills working in pairs and groups,

-to present their projects;

-to develop their critical thinking skills and creative imagination.

T: Good morning, everybody! Glad to see you. I hope that you are fine and you will be energetic, active and supportive as usual. Let's start our lesson.

Look at the screen (Slide 1). Can you guess the topic of our lesson? Today we'll speak about the golden age in the British painting. Do you agree with this wise quote by Simonides? (Slide 2)

Painting is silent poetry, and poetry is painting with the gift of speech.

T: Painting in modern sense came late in history of Britain. There was no truly national school before the 18th century. It is usual to regard English painting as beginning with the Tudor period and at that time it was developed by foreign painters. Hans Holbein the Younger and Anthony Van Dyck were the most celebrated masters of the period (Slides 3-7).

During the 18th century a truly national school of painting was created in England. Look at these portraits, please. Have you ever heard the names of these artists? Have you ever seen their canvases? (Slide 8)

William Hogarth, Joshua Reynolds, Thomas Gainsborough, John Constable and Joseph Mallord William Turner were the most talented representatives of the British painting school. Let's listen to some facts from their biographies.

S1: William Hogarth (1697-1764) was one of the greatest of English artists. He was a keen observer of people and life and he had a gift for dramatic composition. He is best known for his satirical series of painting 'The Harlot's Progress', 'The Rake's Progress', 'Election' series and others. The satirical talent of the painter was manifested best of all in his series 'Marriage a la Mode'.

Hogarth also produced a number of powerful, well-characterised portraits. In this genre he displayed the realistic and democratic character of his talent. His 'Shrimp Girl' is executed with a limited range of colours, but it is full of joy of life and happiness. The picture, takes its place among the masterpieces of the world in its harmony of form and content, its freshness and vitality (Slide 9-13). 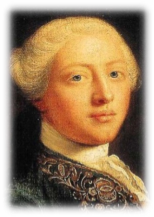 S2: Joshua Reynolds (1723-1792) was the leading portrait painter of his day, and the first president of the Royal Academy of Arts. He was an educated man, and in his paintings he tried to combine the vivid colours of Titian, Rembrandt's mastery of psychological penetration and the dynamic style of the Italian masters of the 17th century. Reynolds created a whole gallery of portraits of his contemporaries. His most famous works include the portraits of Dr. Johnson (his friend), David Garrick (the famous actor), Mrs Sarah Siddons (the famous Shakespearian actress) and others (Slide 14, 15).

S3: Thomas Gainsborough (1727-1788) was a fashionable portrait painter who rivalled Reynolds in fame. His manner of painting differed greatly from that of Reynolds. He was not interested in photographic likeness but rather in the poetic expression of individuality. Gainsborough was one of the first English landscape painters. In his landscapes he followed the Dutch masters, but contributed his own strong feeling for his native countryside. Gainsborough often represented his sitters out-of-doors, and thus united portraiture with landscape, as it was done in the portrait of Mr. And Mrs. Andrews sitting in a wheat-field (Slide 16-18).

T: Landscape painting began to develop in the 19th century. John Constable and William Turner were the great artists who made the English school of painting. 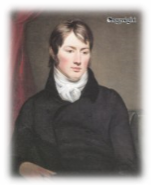 S4:  John Constable (1776-1837) was a famous English landscape painter known for his pastoral scenes. He was thouroughly English; no foreign master influenced him, and English nature gave him both his material and his inspiration. He painted the quiet, undramatic English landscape just as he saw it. His subjects were drawn from his native Suffolk which is known as 'the Constable country'. He gained little recognition in his own country during his lifetime, but he was highly appreciated in France. His picture 'The Hay Wain', which was exhibited in Paris in 1824, produced a notable effect.

Constable was the first English landscape painter who considered that every painter should make sketches directly from nature, working in the open air. This manner of painting is characteristic of modern artists. Constable's technique and colours are very close to those of impressionists (Slides 19-21).

S5: Joseph Mallord William Turner (1775-1831) was an English romantic painter, known especially for his dramatic landscapes and seascapes. Turner was particularly fond of painting sea scenes. To find out what it was like he once had himself tied to the mast of a ship during a storm at sea. His seascapes include 'The Shipwreck', 'The Calais Pier', 'Fishing Boats in a Squall' and others. He had a splendid visual memory. He painted waves and storms with such great mastery that critics said you could smell the spray and hear the noise of the water and the wail of the deafening wind. 'The Fighting Temeraire' (an old sailing ship) is one of his best known paintings. In his fifties, Turner began to try to paint the different effects of light. Some of his

later paintings are almost entirely abstract. Turner is particularly known for his watered ours and his paintings of sun sets (Slide 22). 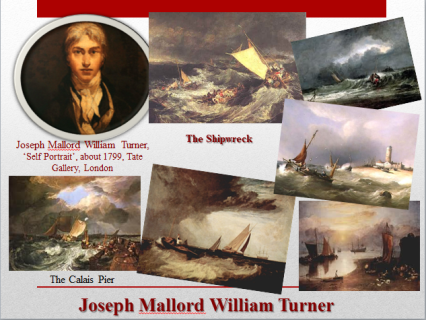 T: You are going to read the article about the British art. Look through the text (Ex. 3c, p. 175, 176) and try to understand the meanings of the highlighted words from the context (Vocabulary File, p. 174).

Before you read the article, look at the sentences beginning (1-6) given below and try to complete each statement with your own ideas (Ex. 3a, p. 174). (Your ideas don’t have to be based on the article.)

1) T: Match the sentences beginning (1-6) to the endings (A-G) so they express the main idea in the text. There's one ending that you don't need.

T: Choose one of the paintings of the famous British artists and describe it (Slide 29). 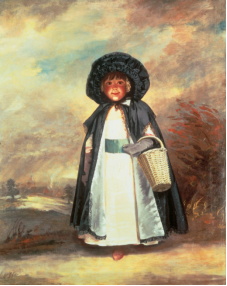 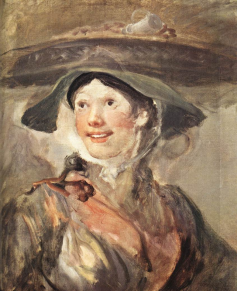 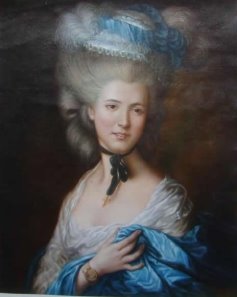 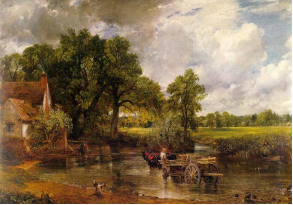 T: Thank you for your work at the lesson. It's high time to sum up our results. I like the way you worked - you were creative and bright, but I'd like to know if you were attentive today. So, I have prepared a quiz for you. 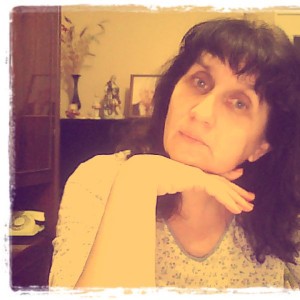