The United Kingdom of Great Britain and Northern Ireland is a constitutional monarchy. It means that the sovereign reigns but does not rule.

Britain does not have a written constitution, but a set of laws.

The monarch serves formally as head of state. But the monarch is expected to be politically neutral and should not make political decisions.

The present sovereign is Queen Elizabeth II. She was crowned in Westminster Abbey in 1953.

The House of Commons consists of Members of Parliament. There are 650 of them in the House of Commons. They are elected by secret ballot. General elections are held every five years. The country is divided into 650 constituencies. All citizens, aged 18 and registered in a constituency, have the right to vote. But voting is not compulsory in Britain. Only persons convicted of corrupt and certain mentally ill patients don't take part in voting.

There are few political parties in Britain thanks to the British electoral system. The main ones are: the Conservative Party, the Labour Party and the Liberal/Social Democratic Alliance.

Each political party puts up one candidate for each constituency. The one who wins the most votes is elected MP for that area.

The functions of the House of Commons are legislation and scrutiny of government activities.

The House of Commons is presided over by the Speaker. The Speaker is appointed by the Government.

But after two rejections they are obliged to accept it. And finally a bill goes to the monarch to be signed. Only then it becomes law.

1. What are the main countries of the UK and their capitals?

2. Which countries of the UK occupy the two main islands?

4. Which river is associated with the name of Shakespeare?

5. Which is the swiftest flowing river in the UK?

6. Which is the highest point in the British Isles?

7. What is the official name of Great Britain now?

9. What influences the climate of the British Isles?

10.What are the largest cities of Great Britain?

12.What makes London important for the life of Great Britain?

14.What is the historic part of London?

15.What part can be called the center of London?

16.What industries are developed in Great Britain?

17.What is the political system of the United Kingdom?

18.What is understood by the Commonwealth?

19.Is Great Britain a republic or monarchy?

20.What is the population of London?

21.What parts does London consist of?

22.Which river runs through London?

2.The Queen Elizabeth the II Elizabeth Alexandra Maria, and everyone known as Elizabeth II, was crowned as a young girl in 25 years. King George VI, who was the father of Elizabeth, suddenly died while in Kenya on an official visit in 1952.

Many residents of Britain are sure that ruling over the country is a difficult mission, with which Elizabeth II has been coping well for 65 years. On a global scale, she represents the UK at the highest level in front of other countries. The main activity of the Queen is charity and participation in projects that reveal the symbolism of the country.

Being a young girl, Elizabeth II tried to lead an ordinary life as her contemporaries. She had many friends, did not divide people into poor and rich, did not show off her position, she was engaged in acting. During the war with the Germans, helped to repair military vehicles and driving them herself.

Elizabeth II met the person who became her only love, and at the age of 21 she became the wife of Philip Mountbatten, now Duke of Edinburgh. The girl's family was against her choice, since the young man was of another class and upbringing. But the parents wished the daughter happiness and agreed to this marriage. Never the queen regret her choice, during the years of the marriage, Elizabeth gave birth to four children.

During the years of her reign, Elizabeth II showed herself as a strong and confident person who does not fear trials and difficulties. In her country, the queen is a person from whom an example should be taken of both politicians and ordinary citizens.

Elizabeth II is the Queen of Great Britain. She was born in Windsor on 21 April 1926. Her full name is Elizabeth-Mary-Alexander Windsor. Her pet name is Lilibet. She was educated at home, taught to read and write by her parents. She knew foreign languages. Elizabeth was made her speech on the radio in 1940. She was learned to drive. She was married Prince Philip in 1947. Her first son Prince Charles was born in 1948. She came to throne in 1952. Elizabeth was crowned in Westminster Abbey on 2 June 1953.

Now she plays an important role in the country. She travels a lot. The Queen has got four children: Prince Charles, Princess Anne, Prince Andrew, and Prince Edward. She has five official residences in Britain; Buckingham Palace and Windsor among them.

I'd like to speak about Elizabeth I and Queen Victoria. Elizabeth I came to throne in 1558. She had many of her father's qualities including common sense and the strength of character. Like him, she understood the people. She loved hunting and dancing. She traveled a lot round the country. She wanted to know her people and to be known by them. Her soldiers and sailors admired her courage [мужество]. The universities were surprised at her leaning, for she could speak Latin, Greek and several modern languages. She enjoyed a joke. During her reign Queen Elizabeth solved her first problem, the Church. The Anglican Church under Elizabeth followed a middle course. Most people in Britain wanted what her father, Henry 8, had given them: a reformed Catholic Church that used the English language and was free from foreign influence. And they got what they wanted. Elizabeth's next problem was to keep her enemies quiet until her country was strong enough to defend itself. The greatest danger came from Spain. In July 1588 the Spanish Armada of 130 Spanish ships arrived in the Channel. The English ships were faster than slow Armada. The English guns could shoot farther. After the battle less than half of the proud Armada came back to its home ports. This defeat of Spain was very important for England, though some people said that the Spanish Armada was defeated more by bad weather than by English guns.

During Elizabeth's reign England sent its explorers to different lands. They tried to find a quick way to India round the north of Russia. As a result they came to Archangelsk, were welcomed in Moscow and opened a new trade with Russia. England wanted to find empty lands where it could plant her own colonies. Queen Elizabeth's reign was also famous for arts and theater development. Elizabeth was a good musician herself. English music was then among the best in Europe. Many great men whote poety, drama was also famous. William Shakespeare's plays were written in the years of her reign.

Queen Victoria was a strong queen. Her monument you can see in front of Buckingham Palace. Queen Victoria came to throne in 1837 and reigned until her death in 1901. She ruled for the longest period in the English history, for 64 years! Victoria married a German, Prince Albert, but he died at the age of 42 in 1861. That was a great tragedy for Queen Victoria. She left London and never lived in the city where she had been so happy with her husband and nine children (5 daughters and 4 sons). But there are places in London that reminds us of their love. One of them is the Royal Albert Hall - a very large concert hall where the best musicians of the world perform classical music. In front of the Albert Hall there is a monument to Prince Albert built by Queen Victoria. Another place is theVictoria and Albert museum (V & A) with its rich collections of paintings and other works of art. The family life of Queen Victoria touched people's hearts. But this is not only reason why Queen Victoria became very popular. During her reign Britain became a rich industrial country with a developed trade, an empire with a lot of colonies.

May I come in? Можна ввійти?

You should not do it. Вам не слід цього робити.

You could have gone to the library yesterday.

You can buy this book; it is on sale now.

You could have bought this book, it was on sale.

Perhaps this young man will be ableto help you.

Не may be waiting for you. Можливо, він чекає на вас.

She may know about it. Можливо, вона знає про це.

They may be at school now. Можливо, вони зараз у школі.

І may have put it on the table. Може, я поклав його на столі.

Не told that she must consult a doctor.

То catch the train I must get up at six.

But he had to wait a quarter of an hour.

You must not talk aloud in the reading-hall.

Must we come to school tomorrow? No, you needn't.

You don't have to learn the poem by heart.

Kate is in hospital. You should visit her. Катя у лікарні. Ви б відвідали її.

І think we ought to be starting. Я думаю, нам треба вирушати.

You should have sent her to school. Вам слід було послати її до школи.

Do we have to sleep with him in here? Ми мусимо спати з ним тут?

You don't have to go in. Вам не обов’язково заходити.

You did not have to think about it. Вам не треба було думати про це.

You're not to come here any more. Більше сюди не приходьте.

The medicine is to be kept in a cool dark place.

1. We must pass the exam in physics. 2. He must learn the new words regularly.

3. They can continue their studies at the college. 4. She can play tennis after work. 5. My brother couldn’t translate this text without a dictionary.6. The tourists may attend the sitting of the Parliament. 7. The weather may change soon. 8. He might take books from his father’s library.

1. His parents can help him in his studies. 2. I could meet you at the metro station. 3. All the students must read this text again. 4. Everybody must begin the work in time. 5. They may continue the experiment. 6. You may keep this book as long as you need it. 7. You must try to find out all the essential facts connected with his work. 8. The team of experts can study the present situation in the country. 9.Could you speak English a year ago?

1. Our secretary must reserve accommodation for foreign businessmen.

2. Can you speak English well? 3. The manager of the firm can't receive you now. 4. You may go home earlier today if you like. 5. At supermarkets you can buy not only food, but ready – made clothes, toys and other goods. 6. You may visit your sick friend today. 7. You must not cross the street on the red light.

1. I hope they will be able to reach the village before it is dark. 2. You may go away now I shall finish the work myself. 3. Every engineer must know at least one foreign language. 4. Your son must stay in bed because he is still ill.

5. You should take a taxi if you don’t want to be late for the concert. 6. Students

are not allowed to smoke at the Institute. 7. He wasn’t allowed to enter the concert hall after the third bell. 8. As he received a bad mark, he had to go over the material again. 9. We were to meet at the station at six. 10. The train is to arrive at 10 o’clock. 11. Tomorrow I’ll have to be there a little earlier to look through some documents. 12. The work is to be completed by the end of June.

13. Some business matters should be discussed before you sign a contract.

14. You should influence your friend. He is not studying the way he should. 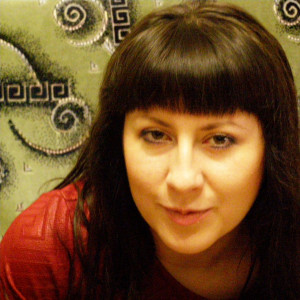