The problem of conscientious attitude of school students towardsthe history of their nation, its past and also the formation of analytical abilities asks about the directions and methods of studying works on historical theme. Still Vernadsky noted that "...the growth of scientific knowledge of the 20th century quickly erases sides between separate sciences. All of them specialize not on sciences more, but on problems. It allows to study, on the one hand, extremely deeply the phenomenon, and on the other - to cover it from all points of view".

REPRESENTATION PECULIARITIES OF THE HISTORICAL PAST IN LINA KOSTENKO’S WORKS

The problem of conscientious attitude of school students towardsthe history of their nation, its past and also the formation of analytical abilities asks about the directions and methods of studying works on historical theme. Still Vernadsky noted that "...the growth of scientific knowledge of the 20th century quickly erases sides between separate sciences. All of them specialize not on sciences more, but on problems. It allows to study, on the one hand, extremely deeply the phenomenon, and on the other - to cover it from all points of view" [2, page 44-51].

The critical analysis of scientific and methodical literature allows to draw a conclusion on lack of the generalized and systematized data on the most effective methods of Lina Kostenko’s historical heritage studying. Various aspects of the poetess’ works were investigated in due time by T. Salyga, M. Ilnytsky, G. Ivashchenko, L. Romashenko, A. Taran and others, however, the question of the national historical memory will always be relevant in life of any nation, and it predetermines the relevance of our article.

Lina Kostenko’s creation world is very special and also very different. There is both love andthe world charm and the historical past. Her creation is a high level of thinking, height overcoming, and it has become a norm. In Lina’s works both a feeling and a reason are merged together. One of the directions of her creation is a historical memory: "she builds bridges between the past, present and future" [1, page 15].

The beginning of Lina Kostenko’s creation prosperity has fallen on the short period of "political thaw" of the sixtieth years when the cohort of young gifted artists has come to the Ukrainian literature. It has ended with a new wave of repressions when the reasonable, independent word was forbidden again and the aggressive, however, obedient  dullness has set in. The camp, prisons and "mental hospitals" waited for the new victims. Also, the Ukrainian intellectuals which resisted to totalitarian system have again gone stages. To some extent Lina Kostenko hasn’t passed it, too - sixteen years of literary silence. Only in 1977 the poetic collection "Over the Eternal River Banks" appeared. In the collection, there is judgment of life experience, attention and love to a person.

In the connection that Ukraine had no state independence for many centuries, its population has lost such necessary feelings as national pride, patriotism, having replaced them with some substitute values. We should break century stereotypes now, learn to feel Ukrainians, the citizens of the independent state, be proud of our Motherland, even if it is not such prospering as other states of the world yet. However,the process of statehood revival is not so easy. Ukraine which has fought for independence for centuries is forced by weapon to protect the independence in the East of Ukraine now.

At the present stage of Ukrainian historical social development when we actually are at war, the high moral potential of the people, the example for imitation is especially necessary. Undoubtedly, one of paramount places in the educational process belongs to fiction, first of all native, Ukrainian. Fiction has a great influence on the development and education of the younger generation. With her images, she influences the mind and feelings of a person, expands and deepens his knowledge of social life at different historical stages of development, plays an important role in the formation of national views, in the character development and so on. Studying by younger generation of any science has to promote their education. Ukrainian literature, in comparison with other sciences, includes the greatest number of such educational elements. The special part in this process is assigned to works of the historical theme, promoting studying of the historical past, customs, traditions of the Ukrainian nation, acquaint with outstanding historic figures who have left a nice mark in the heroic fight for independence of Ukraine. The history of fight of the Ukrainian people for the rights, independence, freedom is rather widely lit in works of historians, writers and artists today. Separate events have found quite thorough and bright reflection, others - only incidental, and the third – cause sharp arguments up to this day. The social and psychological historical versed novel“Berestechko”, in our opinion, belongs to such works. In the work, one of the greatest tragedies of the liberation war period of the Ukrainian nation (1648-1654) and the fate of one of the greatest statesmen – Bogdan Khmelnytsky are artly comprehended.

The subject of fight of the Ukrainian nation has formed the basis of Lina Kostenko’s work "Berestechko". On the basis of historical researches it is known that at the end of June, 1654, near Berestechko, one of the greatest battles in the history of Europe –the fight of forces of hetman Zinoviy Bogdan Khmelnytsky and the Polish King Jan Kazymyr- has taken place. By estimates of various historians, from thirty to forty thousand of Zaporozhian Cossacks have died. It became one of the most heroic pages of the liberation war of the Ukrainian nation against manorial Poland of 1648-1654 in the power of which at that time there were Ukrainian lands. The history demonstrates that on 19thJune (29th according to the new style) in 1651, near Berestechko, nearly half a million soldiers met: more than hundred thousand Poles and foreigners on the one hand, about two hundred thousand Zaporozhian Cossacks, register Cossacks and Bogdan Khmelnytsky's peasants-rebels with another and one hundred thousand Tatars of the Crimean khan Islam-Gireya, the hetman's ally. The forces stood between the rivers Styrand Plyashivka.

Already from the first pages of Lina Kostenko’s work in front of a reader the internal drama by the hetman who has suffered a terrible defeat near Berestechko is revealed. The fight emerges in Bogdan's imagination to the smallest details: evil slaughter of hundred-thousandth Cossack army with winged hussars, temporary retreat of the enemy, hasn't sustained pressure ("In smoke, on fire, in bloody lumps... already hired regiments receded"); bad weather that complicated conducting the military operation ("And the rain whips. Gleam. Slush.The fight swings as black scales"); the khan’s artful exclamation ("The hetman has betrayed!") and, at last, "visit" in Girey("The khan didn't spare me either any wine, or koumiss, or honey. It was soft to sleep") which was a hidden captivity ("the Crimean chumiza, he considered me the guest of honor, only under guards") [6, page 6].

First of all, Bogdan Khmelnytsky interests Lina Kostenko as the unique personality – prominent in political, military operations, in love and word. The poetess seeks to peer in his indignant, difficult soul, into his thoughts-torments in which there are the condensed burning problems of the 17th century: people and a leader, equality and freedom, crime and punishment, fidelity and fala, a sin and atonement, love and family.

The famous literary critic V. Fashchenko noticed: "A person can't represent only "inspiration", it has the whole inflorescence of features, besides often contradictory". It is characteristic of Bogdan's nature. His disbelief and a humiliating slave feeling overpowered him more than once and it quite often cardinally changed the course of events(​​"Near Zboriv the masters were not really gallant. But I could win everyone of them there when I dropped in the mon a crossing! And here I suddenly fell on doubts. The hetman's citizen has won in me"). After the defeat he had to conclude temporary treaties with nobility which laid down on shoulders of working people as an intolerable burden, play a diplomatic game with the king ("I learned everything, all wolf laws. And to the devil – here you are, and to God – here you are") [3, page 13].

Lina Kostenko creates the world of arts which can't be regulated in a panorama, it is impossible to be limited in time,in number of characters and subject courses, the poetess transforms the munder the laws of artistic reality and a creative plan and induces a reader to reflections.

So, Lina Kostenko went on the way of great predecessors - she ​​ undertook a burden of a debt to the world: to explain the people and also a debt to the people - to open the world for them, and also explain to the people themselves. She went on the way of experience enrichment through thorough study of history, language, ethnography, world culture and literature. From historic images and reminiscences in poems - to great lyric epic works "Scythian Odyssey", "Duma about non-Azov brothers", "Marusya Churay", “Berestechko”. The historicism of Lina Kostenko’s poetry has never been just a fixation of certain events - the poetess always builds bridges between the past, present and even future. "The poetess comprehends one of the greatest mysteries of our memory - where the Ukrainian roots date from, if there is a relationship of the native people" [1, page 13]. 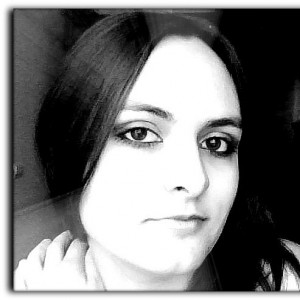