The Title of the Lesson: Elizabethan Theatre and Drama. Playwrights and Poets. Christopher Marlowe. “The Passionate Shepherd to His Love”.

Objectives: to introduce students to the history of drama and theatre in England, the representatives of the period; to introduce them to the poem “The Passionate Shepherd to His Love”; to comprehend reading material; to identify the themes, mood and form of the poem; to discuss in groups and work out the situations we may use poems in; to practice finding and choosing appropriate poems or lines to express various thoughts, ideas or feelings;

Match these dates with the events in history of English literature:

Recommended vocabulary for the game: Renaissance, Humanists, scientists of the Golden Age,

Do you like going to theatres? How often do you go there? What theatres in your city can you mention? What of them do you visit most often?

Have you ever heard about “The Globe Theatre”? What do you know about it?

a)  expressing someone’s actions aimed to punish someone who has harmed or offended this person;

b)  facts that show clearly that something exists or is true;

d)  a yard in a small hotel in the countryside;

f)  the name of the theatrical district in London;

g)  to be designed in a way that is copied from something else;

h)  the name of one of the most famous playhouses in the history of England;

Elizabethan playwrights are known to combine different genres such as comedy, pastoral, and tragedy, which make the drama even more appealing to the audience.  Elizabethan plays did not use lavish set designs and backgrounds. Instead, the plays focused more on the visual appeal of the costumes. The clothes worn by the actors were commonly grandiose and appealing. They were also bright in colour as it attracts the attention of the audience.

Tragedy was a popular genre. Marlowe's tragedies were exceptionally popular, such as Dr. Faustus and The Jew of Malta. The audiences particularly liked revenge dramas, such as Thomas Kyd’s The Spanish Tragedy.

Comedies were common, too. A sub-genre developed in this period was the city comedy, which deals satirically with life in London after the fashion of Roman New Comedy. Examples are Thomas Dekker's The Shoemaker's Holiday and Thomas Middleton's A Chaste Maid in Cheapside.

Open air amphitheaters started with James Burbage in 157. Its structure was patterned from Roman and Greek amphitheaters. Inn-yards can house 300 people while amphitheaters housed 3000.

It did not take long before indoor plays were produced. The playhouses appeared. Playhouses allowed for the Elizabethan theater in England to continue during the winter months and in the evenings, using candlelight for lighting. As the stage was far intimate than the open stage, this allowed for more emphasis in the words of the play rather than big, attention-grabbing effects.

Which of the paragraphs mentions:

There may be more than one paragraph for one item. Tell some words about each of the items.

Divide into 5 groups according to the paragraphs in the text. Each group is to work out at least 3 special questions to the contents of their part and ask the class to answer them. The pupils exchange the questions to reproduce as much as they can from the lecture. The teacher may put it as the score game – the groups get a score for each correct answer. The pupils put down all the questions they ask each other into their notebooks.

Who do you think the speaker in the poem is? Whom does he address his pleads to? What places does he often mention in his speech?

The Passionate Shepherd to His Love
Christopher Marlowe
Come live with me and be my love,
And we will all the pleasures prove
That valleys, groves, hills, and fields,
Woods or steepy mountain yields.


And we will sit upon the rocks,
Seeing the shepherds feed their flocks,
By shallow rivers to whose falls
Melodious birds sing madrigals.

And I will make thee beds of roses
And a thousand fragrant posies,
A cap of flowers, and a kirtle
Embroidered all with leaves of myrtle;

A gown made of the finest wool
Which from our pretty lambs we pull;
Fair lined slippers for the cold,
With buckles of the purest gold;

A belt of straw and ivy buds,
With coral clasps and amber studs:
And if these pleasures may thee move,
Come live with me and be my love.

The shepherds' swains shall dance and sing
For thy delight each May morning:
If these delights thy mind may move,
Then live with me and be my love.

Teachers Comments: Pastoral poems depict an imaginary and ideal life in the country, sometimes filled with shepherds, shepherdesses, and nymphs. One of the most famous pastoral poems of the Renaissance is Christopher Marlowe’s (1564–1593) The Passionate Shepherd to His Love. Sir Walter Raleigh’s (1554–1618) answer to this poem, The Nymph’s Reply to the Shepherd, takes the same form as Marlowe’s poem, but mocks its romantic subject matter.

What pastoral settings are mentioned in the first stanza?

What time of year does the shepherd speak about? How does it influence the mood of the poem?

How does the shepherd imagine his life with his beloved? What assumption about the lifestyle of the couple can the reader make from stanzas 3-5?

The teacher introduces students to the idea that poems can be useful to recite – the whole poem or part of it – in real life situations and asks them to brainstorm what some of those situations may be, for example:

• When faced with bad news or difficult times

• At a wedding, funeral, or other life-cycle event

• As a toast or grace before meals

• In a romantic relationship or during a marriage proposal

• During a speech or other effort to move an audience, whether it be voters, colleagues, teammates, or others you wish to lead.

Read the list of some more situations in addition to those you brainstormed in which the lines from poems may be used:

Share your ideas about what situation you’d like to choose and justify your choice by briefly imagining a moment. A few sentences will do.

Homework: 1) Internet Hunt Task. Find two or three lines or the passage or the poem appropriate to the situation you’ve chosen. Be ready to present it to the class; 2) learn Marlowe’s poem by heart; 3) Read the lecture, be ready to answer the questions the pupils put down in their notebooks (II.3) about it. 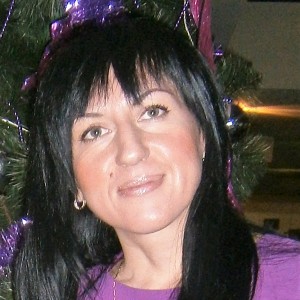