Public Transport in our city

1. Match the photos with words from the box. Which items aren`t illustrated? 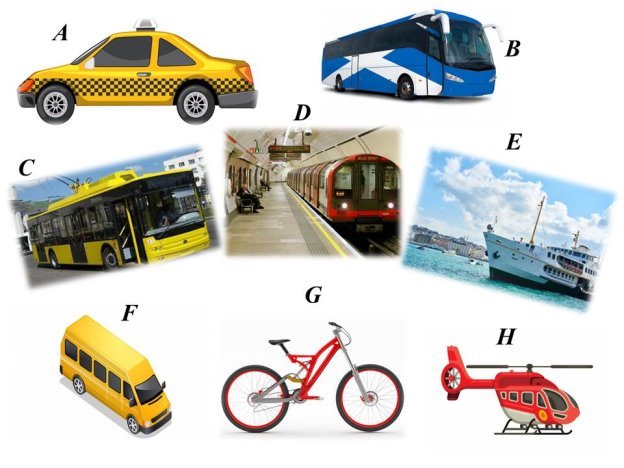 2. Listen, repeat and check your answers. Check the meaning of any new words.

INTRODUCTION OF THE VOCABULARY

3. Match the words with their definitions.

4. Trolleybuses are more often used either by students  or retired people.     …….

5.  Read the title of the text and the headings and look at the pictures. Which means of transport do you think is best if you want to: get somewhere fast?

You can use a public tarnsport because it is cheaper than travelling by car or taxi. 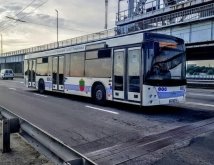 Buses in Zaporizhzhia  are considered to be the most convenient type of public transport. Generally, they are big and therefore can admit more people than smaller marshrutkas.

Most of the old buses have been recently replaced with modern ones, which means they have an automatic bus announcement system and special areas for disabled people. 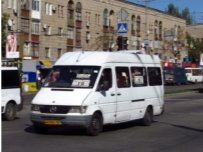 They are basically small buses. Because they are smaller than regular buses and because they tend to circulate on specific routes, marshrutkas can be regarded as route/share taxis. 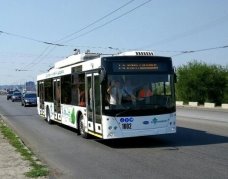 Trolleybuses are more often used  by  retired people, mainly because of the functioning benefit system on electric types of transport. Having entered a trolleybus, you have to pay money directly to a driver, take a ticket and validate it through one of the ticket punches available in a trolleybus cabin.

Trams in Zaporizhzhia  have the same system as trolleybuses but they are more often used by people because of more convenient routes available.

1. How often do you use public transport?

2. Which is your favourite kind of public transport?

3. What are the pros and cons of using public transport?

4. Do you only use public transport for moving around where you live? To go to school//shopping?

5. What transport do you think we’ll be using in 20 years time?

7. Complete the sentences with the adjectives below.

8.  Describe a time you travelled by public transport. You should say and write about:

- what type of public transport you used

- where you travelled from and to

- what you did during the journey

- and explain how you felt about travelling in this way.