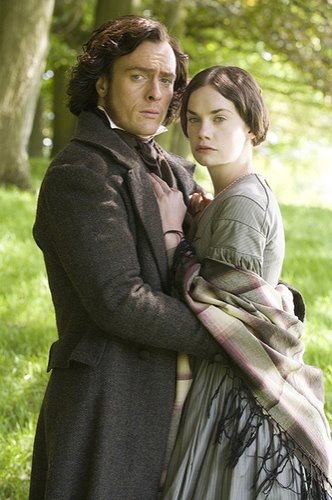 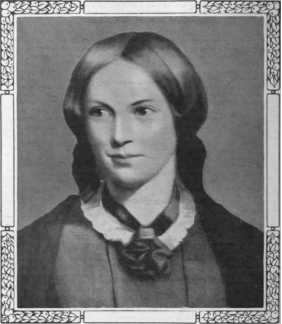 It is in vain to say human beings ought to be satisfied with tranquillity: they must have action; and they will make it if they cannot find it. Millions are condemned to a stiller doom than mine, and millions are in silent revolt against their lot....Women are supposed to be very calm generally: but women feel just as men feel; they need exercise for their faculties, and a field for their efforts, as much as their brothers do; they suffer from too rigid a restraint, too absolute a stagnation, precisely as men would suffer; and it is narrow-minded in their more privileged fellow-creatures to say that they ought to confine themselves to making puddings….knitting stockings….playing on the piano….It is thoughtless to condemn them, or laugh at them, if they seek to do more or learn more than custom has pronounced necessary for their sex.-Ch. 12

With a new kind of hero defiantly virtuous, morally courageous and fiercely independent, Charlotte Bronte brought about change in the style of fiction of the day, presenting an unconventional woman is admired for her ability to overcome adversity. From her humble beginnings as an orphan under the care of a cruel aunt, governess Jane Eyre falls in love with her mercurial employer, the Byronic Edward Rochester. But then dark secrets of Thornfield Hall threaten to destroy everything she’s worked so hard to achieve. First published under her pseudonym Currer Bell, Charlotte’s famous Gothic romance attracted much public attention. People wanted to know who this new and talented writer was. It was highly lauded by such authors as William Makepeace Thackeray, and has since inspired numerous adaptations for television and film, and numerous other author’s works including Jean Rhys’ ‘prequel’ Wide Sargasso Sea (1966).

Growing up in Victorian England, Charlotte and her sisters were inspired by the Romantic authors of the time including Sir Walter Scott, William Wordsworth and Lord George Gordon Byron. As sisters and authors, Charlotte, Emily and Anne gave each other moral support, shared creative ideas and proof-read one another’s work. As the oldest of the Bronte authors, Charlotte approached her writing career as a means to financial independence and to help support her siblings. She was born on 21 April 1816, at 74 Market Street in the village of Thornton near Bradford in Yorkshire County, England. She was the third daughter born to Maria Branwell (1783-1821) and Anglican clergyman of Irish descent Patrick Bronte (1777-1861). At the time Charlotte was born she had two older sisters, Maria (1814-1825) and Elizabeth (1815-1825), but as was typical of the time mortality rates were high and they both would not live to see their teenage years. Charlotte’s other siblings were; younger brother Patrick Branwell “Branwell” (1817-1848), himself a Byronic figure; Emily Jane (1818-1848); and Anne (1820-1849).

Patrick Bronte was curate at Thornton and the family lived on his stipend as well as Maria’s £50 a year annuity. In 1820 they moved to the village of Haworth to live in the now famous Haworth Parsonage where Patrick had been appointed Reverend. The village of Haworth, set among the heathered moors of Yorkshire, and the Parsonage would soon provide fodder for the Bronte’s novels. It was a typical village of the time with a population of approximately three-thousand. Lack of sewers and poor water supply often caused sickness and disease. In September of 1821, after a lengthy struggle with cancer Charlotte’s mother Maria died. Her sister Elizabeth, “Aunt Branwell” (1776-1842) soon moved in to help Patrick with the children. Charlotte, along with her sisters Elizabeth, Emily, and Maria were then enrolled at the Clergy Daughter’s School at Cowan Bridge, near Kirkby Lonsdale in neighbouring Lancashire County. It was a harsh change for them, for they had had idyllic days at Haworth with their parents, playing the piano, telling stories around the great hearth of the Parsonage, doing needlework and embroidery, and making up their own games. After Maria and Elizabeth died of tuberculosis, Charlotte and Emily were hastily returned home to Haworth. Branwell had gotten some wooden soldiers from his father and he and Charlotte started writing stories of their imaginary country 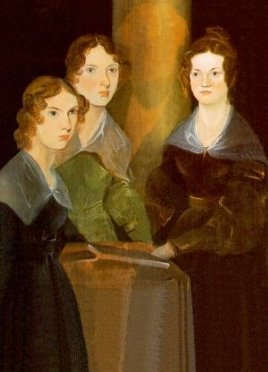 ‘Angria’. Charlotte was back at school in 1831, enrolled in Miss Wooler’s School in Roe Head, Mirfield, although she soon returned home to help tutor her sisters. Around this time she wrote her novella The Green Dwarf.

In 1835, Charlotte herself was teaching at Roe Head and she helped pay for Emily’s schooling there. She stayed for three years then resigned, again returning to Haworth. Branwell had started his study of portrait painting and would later create the ‘Gun Group Portrait’ of Anne, Charlotte, Emily and himself, among many others. He was also a tutor and worked at the railway for a time. In 1839 Charlotte obtained a position as governess but disliked it and soon she and her sisters Emily and Anne travelled to Brussels, Belgium to study at the Pensionnat Heger under the instruction of Constantin Heger. They learned French and German and studied literature with the aim to start their own school someday. It is said that Charlotte was in love with the married Heger, this period inspiring her novels Villete and The Professor (1857), which she had submitted to publishers before Jane Eyre but did not see publication until after her death. Charlotte returned home to Haworth and unsuccessfully tried to start her own school, around the same time that Arthur Bell Nicholls (1819-1906) was appointed curate of Haworth. In 1846 the collection of poems by Currer, Ellis and Acton Bell was published, Charlotte’s including “Pilate’s Wife’s Dream”, “The Teacher’s Monologue” and “Passion”;

Could the battle-struggle earn
One kind glance from thine eye,
How this withering heart would burn,
The heady fight to try!

1848 was a sad year for the Brontes: Charlotte’s brother Branwell, who was an alcoholic and addicted to opium died in September and her sister Emily died in December. The following year Anne died, and Charlotte wrote “On The Death of Anne Bronte”;

There’s little joy in life for me,
And little terror in the grave ;
I’ve lived the parting hour to see
Of one I would have died to save.

Charlotte was writing her epic novel Shirley (1849) around this time of great loss and grief and it was noted that there was a change in her tone, as she states in Chapter 1;

If you think, from this prelude, that anything like a romance is preparing for you, reader, you never were more mistaken. Do you anticipate sentiment, and poetry, and reverie? Do you expect passion, and stimulus, and melodrama? Calm your expectations; reduce them to a lowly standard. Something real, cool and solid lies before you; something unromantic as Monday morning 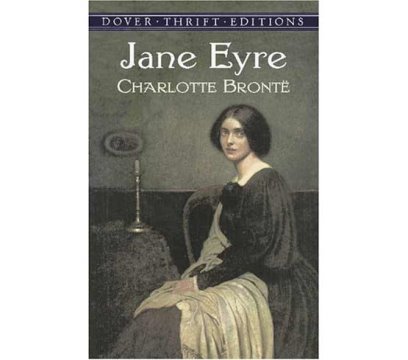 The reviews of Shirley were mixed but Charlotte was welcomed into London’s literary society and she met many other authors of the day including Thackeray and Elizabeth Gaskell. She also set to the task of editing her sister’s works. In 1852 Arthur Nicholls proposed to her, much to her surprise and the consternation of Rev. Bronte. Life was soon unbearable to Arthur and he left Haworth to take a curacy at Kirk Smeaton, about forty miles south of Haworth. In 1853 Charlotte’s Villette was published with similar themes to Jane Eyre and Shirley; the struggles of a strong independent woman and her need for love. After some months of correspondence, on 29 June 1854 Charlotte married Arthur. Her father came to agree that he was worthy of his daughter and approved. They started their very short but happy marriage with a month-long honeymoon in Ireland, then returned to Haworth. On 31 March 1855, after an extended illness, Charlotte Bronte died while pregnant. She now rests with her mother, sisters Maria, Elizabeth and Charlotte and brother Patrick in the family vault of the Church of Saint Michael and All Angels in Haworth, West Yorkshire, England.

After her death, Arthur stayed with Rev. Patrick Bronte to care for him in his declining years until he died in 1861. Not acting as priest anymore, Arthur settled on a farm near Banagher in Northern Ireland. He married his cousin Mary Anna Bell. They would have no children and Arthur died in 1906. As the last of the Bronte family with no heirs, Arthur guarded personal facets of their lives from the curious and critical. In 1857 Charlotte’s friend Elizabeth Gaskell (1810-1865) published her controversial biography and homage The Life of Charlotte Bronte. Charlotte Bronte and Her Circle, by Clement K. Shorter, was published in 1896.

Life, believe, is not a dream
So dark as sages say;
Oft a little morning rain
Foretells a pleasant day.

Sometimes there are clouds of gloom,
But these are transient all;
If the shower will make the roses bloom,
O why lament its fall? “Life”-Currer Bell, aka Charlotte Bronte 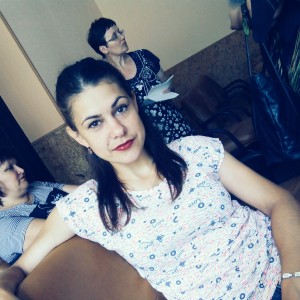