T. Good morning! Glad to see you. How are you? I’m glad you are in a good mood. Please don’t feel anxious at the lesson today. I’m sure our guests are here to encourage you and enjoy our company. Today we have an unusual lesson. We are going to fly to London, the capital of Great Britain. The theme of our lesson is “London”. We are going to sum up our knowledge about the capital of the United Kingdom. The aims are to get more information about London and it’s beautiful sights and develop listening, reading, speaking and writing skills.

T. Today is Friday. Tomorrow will be Saturday. It’s a rest day. You’ll have much more spare time. There are different ways of spending free time. Many people spend it traveling. What about you? Do you like to travel? Why?

Have you ever been abroad?

Have you been to London?

T. Do you remember the names of the places of interest in London? Let’s refresh them by making up “Mind map” and giving the definitions.

T.  To my mind we can’t go anywhere if we know nothing about the place. Thus, our task today is to find out if London is worth visiting. You know millions of people from different countries visit beautiful city. We are traveling to London too. But you’ll be invited to the UK on condition you know British geography, history, culture and traditions well. Do all your best to have a wonderful trip. I’ll try to help  you to refresh your knowledge about the United Kingdom in order to win an invitation to London.

Now, we’ll play “The brain ring”. You are divided into two teams as usual. Please, answer the questions and count the points.

T. That’s all. What is the score? I think that we all get a prize – and invitation to the UK. But the winners will take the first class seats, and you will fly the second class.

Before our starting abroad you have to write a short dictation.

T. Be so kind to imagine that you are on the board of a modern airplane. Fasten seat belts, please!

T. Not to be bored during the flight I advise you to learn some facts from the history of London.  Have a look at some new words.

T. London, the capital of Great Britain is one of the oldest and largest cites in the world. They say London is two thousand years old.

To the small settlement in the year 55 B.C. Cae­sar came from Rome. "Llyndin" that means "a lonely place" became  Londinium. The Ro­mans made Londinium the large and rich city with good streets, beautiful palaces, shops and villas. But in the fifth century Romans left Brit­ain.

Saxons and Danes conquered the land and ru­ined the city. Londinium lay in ruins for a long time. In the 9th century Saxon king rebuilt the city.

For a long period of time London was a rich and crowed city, but in 1665 the Plague fell upon London. It came from one of the ships which came to the city every day. The houses of sick had a red cross painted on the door. In 1666 the Great Fire destroyed 3000 houses and 97 churches in London. But the Fire cleared away the old dirty wooden houses. A new Lon­don - of stone - was built.

1. London is a young and very large city.

4. The Romans named it "Llyndin" that means "island".

5. In Roman times London was a large and rich city.

7. London was rebuilt in the 10th century.

8. The Great Fire helped to clear away the dirty city.

3. What kind of town did the Romans make?

4. Saxons and Danes conquered the land, didn't they?

5. Who destroyed the city?

7. Why did some houses have red crosses painted on the door?

T. Now we are in London. We’ll make an excur­sion about this beautiful city. Who wants to be a guide? Come to the screen and tell us about London's sights.

London is the capital of Great Britain. More than 8 million people live in London. London lies on both banks of the river Thames. It is the largest city in Europe and one of the largest cit­ies in the world.

London is not only the capital of the country, it is also a very big port, one of the greatest com­mercial centers in the world, a university city, and the seat of the government of Great Bri­tain.

P1. London consists of four parts: the City, Westminster, the West End and the East End. The heart of London is the City, its financial and business centre. Numerous banks, offices and firms are situated there, including the Bank of England, the Stock Exchange and the Old Baily. Few people live there, but over a million people come to the City to work. There are some fa­mous ancient buildings, such as St. Paul's Ca­thedral and the Tower of London.

St. Paul’s Cathedral is the most famous church in London. St. Paul’s server  as the centre of the Church of England in London. The great English Architect Sir Christopher When built it between 1675 and 1710 to replace the original St. Paul’s, which was destroyed in the Great Fire of 1666. The church’s huge dome towers 111 meters above the ground. Its dome has become a symbol of London throughout the world.

The Tower of London is a very old building in London. It is nine hundred years old. The Tower of  London stands on the Thames. In the early days of the history of England the English kings lived in the Tower. Then it was a prison where many people died, black ravens had much food near the walls of the Tower in those years.

The black ravens live in the gardens of the Tower now. The English people like them very much. A man looks after the ravens and gives them meat in the morning  and in the evening.
The Tower of London is a museum and many people from other countries come to see it. They see the dark stone halls with small windows and thick doors. The walls of the Tower are five metres thick.

At ten o’clock every evening the guards lock the big doors of the Tower for the night.

P2. Westminster is the administrative part of London. Nearly all English Kings and Queens were crowned and buried in Westminster Abbey. Many great English scientists lie buried there, among them Newton, Darwin. In the Poet’s Corner some of the famous English poets and writers are buried.

P3. The West End is the richest and the most beautiful part of London. It is the symbol of wealth and luxury. You can find the best shops, restaurants, theatres, cinemas, museums, fine parks and squares there.

Trafalgar Square is the main square of central London. A number of famous buildings and monuments, including the National Gallery and Nelson’s Column are situated there. The square is popular with visitors, who come to relax by the fountains or to feed the pigeons. Piccadilly Circus is the meeting of six streets.

Bucking Palace is the Queen’s official London residence. Buckingham Palace is like a small town, with a police station, two post offices, a hospital, a bar, two sports clubs, a disco, a cinema and a swimming pool. There are 600 rooms and three miles of red carpet. About 700 people work in the Palace. It is partially open to the public, but the ceremony of Changing of Guard in front of it, is a great tourists attraction.

There are many parks in London. The most famous are Hyde Park, St. James’s Park and Green Park.

T. Our excursion came to and end. It’s high time fly back to Ukraine. Feel yourself comfortable in your seats and share your impressions about London with each other. Make up dialogues. And some pupils will do a written task.

T. I see that you like your excursion about London and you are full of impressions. But we have some more tasks to do. Look at the screen and do this task.

T. Correct the mistakes in the letter.

I am having a great time here in England. At the moment I am in London, on the river Nile. It is the capital of England. More than six million people live here. I have been to St. Paul’s Cathedral. St. Paul’s Cathedral is the correct name for the Houses of Parliament. Tomorrow I’m going to see the West End, that is the heart of business and financial life of London.

B) The Houses of Parliament;

T. You are tired of a lot of information and work.

T. Let’s sum up the results of our trip. How do you feel now? Sad? So-so? Happy? What is London to your mind?

T. Write a letter to your friend about your trip to London. Don’t forget about the strict order of writing an address. 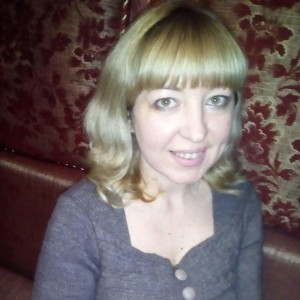