Тема: What makes a personality.

Підтема: «Is it easy to be a teenager?»

The Plan of the Lesson

2. Do you agree with the phrase:

Personality is a set of qualities that make a person distinct from another?

3. What does the word «personality « include?

4. Let’s discuss appearance of your classmates.

5. We have read the text about genes.

Before doing the next task answer the questions:

How many genes have we got? 2.Whom do we inherit our genes? Can we have blue eyes if both our parents have brown eyes?

Let’s make a small presentation about the colour of eyes of your classmates:

On your pieces of papers make some notes around the colour of the eyes and hair of your perfect personality.

6. Character is the main component of the personality. Let's do some exercises dedicated to this theme:

From ancient times, this (7) between particular features and aspects of personality was made, and a systematic study of the (8)              developed and became known as physiognomy. Physiognomy has proved that people's faces (9)              reflect people's characters. For those who don't find the idea convincing, let us take the example of (10)              twins, who not only look alikе

but also behave in a similar way.

Young people face a lot of problems which are very important for them. Everybody of you is a teenager. What problems do you have in your daily life?

2.My parents don’t understand me.

7.I have too much homework.

8.I’ve got bad marks at school.

(Pupils speak on each problem)

2.Teacher: So, pupils, who are teenagers? 3.Teacher: Listen to the conversation between 5 teenagers. Try to tell me what is this dialogue about.

4.Teacher: Read the text and fill in the gaps in it:

5.Teacher: Read the texts and choose the titles:

1. Teenagers’ Interests
2. Do Teenagers Have Problems?
3. Typical American Teenagers.
4. Are Teenagers a Problem?
5. What is a Teenager?

A. Officially, a teenager is anyone aged from 13 to 19 inclusively, but most people would probably think first of the younger age group and exclude 18 and 19-year-olds. After all, once you reach 18 you can vote, get married without your parents’ permission, and join the army. On the other hand, children are growing up and developing more quickly, and these days 11 and 12-year-olds would like to include themselves in the ‘teenager’ group.

B. According to ‘the older generation’, teenagers are lazy, they wear ridiculous clothes, and are appallingly rude to their betters and elders; they find it impossible to be polite, helpful, constructive, caring or hard-working. What’s more, they spend all their time listening to awful music and watching unsuitable films.

C. Teenagers are human so, of course, they have problems. It is a difficult time for them because it is a period of transformation. It isn’t quite as bad as a chrysalis changing into a butterfly, but it may seem like that. It isn’t easy to grow up, and the dramatic physical and emotional changes are often confusing and worrying.

D. Typical American teenagers are in fact very ordinary. They think their teachers make them work too hard; they love their parents, but are sure they don’t understand anything; and their friendships are the most important things in their lives. Some of them do have a lot of money to spend, but usually they have earned it themselves.

-watch films during the week?

-go out at the weekend?

7.Teacher: What features are suitable if you want to describe a typical teenager?

8.Teacher: Read the sentences and find the adjectives you think each sentence illustrates.

1.Sarah is friendly and enjoys being with other people. (…)

2.Mark was not at all interested in the project. (…)

3.Alfred was determined to be successful, rich and powerful. (…)

5.Monica is sympathetic and kind about other people’s problems. (…)

6.When my cousin thinks that a situation is unacceptable, he usually shouts trying to make people do what he thinks is right. (…)

Match the adjectives to the reasons:

10.Listen to the dialogue and then you’ll do the task.

The teenagers of a secondary school are going to participate in a show pro­gramme "Face Art Show" during the English Language Week. Young fans all over the school know that the participants are very talented. Everybody is waiting for a fascinating show and an extraordinary disco party after it.

Ann: You look amazing! I've never thought I can paint on somebody's face. Like it?

Jane:  Let me have a look. Wow! How impressive it is! There's no doubt,

my face fits the character of Silver Moon now.

Ann:   Just a second! Let me finish a star above your eyes.

Jane:  Oh, Ann! You are really a gifted person.

Ann: Thank you. I like the costume you are wearing. Have you made it by yourself?

Jane:  Not really. My mum made it, but I helped her to decorate it with

beads and all this romantic stuff.

Ann:   You look perfect! How about the show? You are supposed to

Jane:  Yes, of course. It's the most difficult dance I've had. I've taken

up jazz and hip-hop, but nothing could have ever prepared me

for dancing the waltz with my partner.

Jane: Andriy, he's a good dancer and the turns we do... It's so sweet and romantic...

Ann: Oh! You have to be proud of Andriy. Boys don't like classical . dances so he does an amazing job. Now I know that things are good with you, and where's Maria? I have to finish her face de­cor. Here she is! Hi, Maria! You look excited! What's up?

Olena: That's all because of Petro! He's run away again! We've never trained to dance break together. I know that he can dance well, but practice makes perfect.

--Teacher: say if the statements are true or false :

1. The children are preparing for the school carnival.

2.They have painted their faces and made wonderful clothes.

3.Jane has never danced the waltz before.

4.Olena and Petro are going to perform a break dance.

5.Ann does the face décor.

6.The girls made their costumes by themselves.

11.Listening to the text:

I am very worried. My children play computer games very often. They eat their meals while they are playing. They don’t do their homework. Yesterday my son Leo came home at 5 p.m. He started to play on the computer. He played thirty minutes. Then my daughter came. They played for an hour more. I asked them to go out to ride bikes. They didn’t want to. They played computer games until 9 o’clock. I know computers are useful but not for my children. They don’t talk with me or with their friends. They always play computer games. What should I do?

1.Who is worried about the children. Why?

2.What did her children do after school yesterday?

3.Did they go out to ride bikes?

4.How many hours did Leo play on a computer?

5.Did they communicate with friends?

6.What advice can you give to the mother.

-Grouping.( Find the ending or the beginning)

They eat their meals…while they are playing.

They don’t …do their homework.

I asked them…to go out.

Retelling of the text.

I can climb the highest mountain,

Sail across the wildest sea,

I can study mathematics,

Be a man of high degree,

I can make the finest music,

Write a book of poetry,

I can do the things

How I’ve found the secret

14. How do you imagine your life ten years from now? 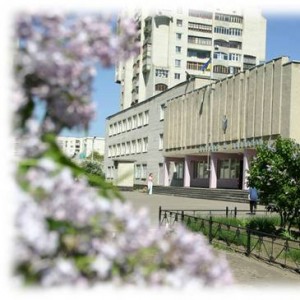