Do you have a schedule for your plans and meetings?

If yes, where do you store information about events?

want to get home as early as possible?

Listen and fill in the gaps:

What time does the next train to ____ leave?

You have to ____ trains at Birmingham.

The buses to Rome run every half hour.

The train to Paris departs from platform three.

The British Museum opens at 9 AM and closes at 5PM. 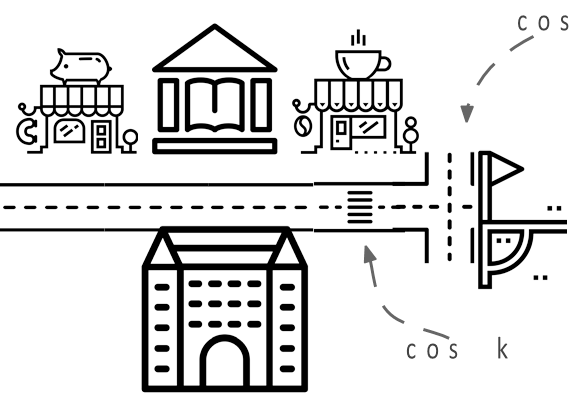 Watch the video and answer these questions:

What questions can we use to ask for directions?

Where is the bus station?

What does “go through the park” mean?

A: Excuse me. How can I get to the post office?

A: Excuse me. Where’s the library, please?

A: Excuse me. How can I get to the swimming pool?

A: Excuse me. Where‘s the bank, please?

B: Go straight on and take the second street on the right. Then go straight on. It’s on your left, opposite the petrol station.

A: Thank you very much.

Look at map and say

A: Excuse me. Where’s the bus station?

Look at map, find the school, ask for and give directions to the school