Sue Bailey is a 17-year-old school girl. Last summer she worked as a "postie". This is how she described her job.

I can't remember who or what inspired me to apply for a summer job at the Post Office. Fresh air, interest in local geography, love of dogs? No, I was just desperately short of money. "Well done, young lady, you get the good-looking one," was how my supervisor jokingly introduced me to Clive, who was to give me a brief training course. But Clive did his best to ignore me.

He was a fitness fanatic. He cycled impatiently through the streets of Cambridge, his back in the air, turning corners by putting his leg out and scraping his boots along the road. For me, just getting on the post bike was a nightmare. The bikes were enormous and besides there was a post sack on the front, riding the thing felt like walking slowly in concrete shoes.

If being Clive's pupil was bad, it was nothing compared with the horrors of going solo. Clive did an entire delivery round without getting off his bike. On my first solo round, I destroyed a miniature stone wall, scratched a parked Mercedes and ran over the paw of a deaf dog. I decided that in future I would leave my bike on the pavement and walk to the house. This meant that I became the victim of gangs of kids half my size that nicked the bike and rode it up and down the street.

Then there was the incident: gangs of builders who whistled and shouted as soon as they saw me coming. And, of course, there were dogs. What is it that makes sweet puppies try hard to imitate Rottweilers when they hear a postie coming? Dogs appeared as soon as they heard me open the gate. Once I almost fainted when my path to the door was suddenly cut off by a gigantic Dobermann. Sometimes I stood in the road shouting and waving till the dogs' owners came to the fence.

It wasn't just dogs whose natures changed fast at the sight of a postie. The friendliest people showed the dark sides of their personalities when I delivered The Sun's bingo cards. If I forgot to deliver one, someone could lose the chance to win a Mediterranean cruise. And sometimes there were old women waiting for me on the staircases of their flats trying to bribe me for a second "free" bingo card.

I learned that people expect a lot from their posties. Although they don't believe it, the average postie doesn't know your exam results a week in advance. They also don't know where to deliver your letters unless you have a number on the door. And as far as the bingo cards go – hope the Dobermann choked on them!

Task2. Point out the right answer. 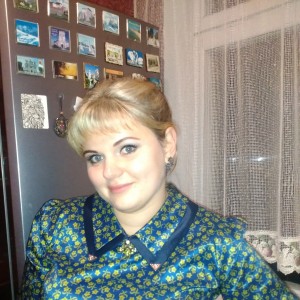