Test on Reading the Second Term

Read the text and do the tasks

The people of Babylonia were rich and powerful. They were also happy. They loved each other and they enjoyed working together. But men could live only on earth. Heaven was for God and his angels.

The King of Babylonia decided that his people should have heaven, too. So he ordered them to build a great tower. Six hundred thousand men began making bricks and mixing mortar (будівельний розчин) and putting up a building higher. All day every day men carried bricks and mortar up a stairway on the west side of a tower. Then they walked down another stairway on the west. This went on for forty – two years until the tower was twenty – seven miles high. It was so high that it took a man a whole year to carry bricks from the ground to the top.

Now the tower had risen nearly to heaven. And God saw he had to do something. He sent seventy angels down to earth. The angels had orders: first to take away the one language everybody understood, then to put the people into groups with a new language in each group.

That is how it happened that different languages appeared in different parts of the world. 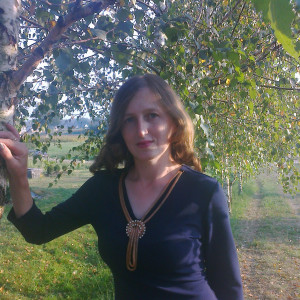