Theme.     The Geography and Climate of Ukraine

Equipment: cards, the map of Ukraine, hand out” Key-facts”, the poem “Bridges”, texts about some famous places of Ukraine

Type of the lesson: speaking lesson 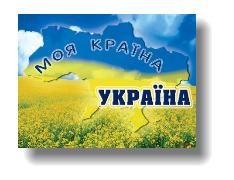 Love Ukraine as you would love the sun,

The wind, the grass and the streams together…

Love her in happy hours, when joys are won,

And love her in time of stormy weather.

I. The beginning of the lesson

Ps: We are fine, thank you.

2. Introducing the theme and aims.

T: The motto of our lesson is the famous Shevchenko’s words: “Learn a plenty of the foreign and don’t avoid your own”. The topic of our today’s lesson is “The Geography and Climate of Ukraine”. Today we are going to speak about the geographical position and climate of Ukraine, some famous places of our country, practise the Present Perfect Passive Tense. By the end of the lesson you should be able to recognize and understand new words and word combinations in the text, to read and understand the gist and details despite the natural difficulties, to talk about the geographical position and climate of Ukraine.

T: Read the poem (By Edith Segal) and say what kind of bridges the author speaks of.

If I were a builder,

To Asia, to Africa, South America,

I’d walk round the world

To visit the people,

And when we shook hands

T: These bridges are between different countries and different peoples but today we’ll speak about Ukraine – our Motherland.

II. The main part of the lesson.

T: a) Underline two of the words on the right which are associated with or are part
of the word on the left.

T: b) Do you know the main geographical terms? Let’s check your knowledge. Say what it is:

Rivers: the Dnieper, the Dniester, the Danube, the Southern Buh, the Siverskyi Donets.

Seas: the Black Sea, the Sea of Azov.

3. Work with the map of Ukraine.

T: Look at the map of Ukraine and point to:

T: Look at the map of the country and answer the questions:

Is the geographical position of our country suitable for the development of its relations with foreign countries and its industrial development?

The Geography and Climate of Ukraine

Ukraine is one of the largest countries in Eastern Europe. It covers an area of 603,700 square kilometers. Its territory stretches for 893 kilometres from the north to the south and for 1,316 kilometres from the east to the west. Ukraine borders on Russia, Belarus, Moldova, Czech Republic, Poland, Slovakia, Hungary and Romania. On the south it is washed by the Black Sea and the Sea of Azov. The major part of Ukraine is flat and only 5% (per cent) of the whole territory is mountainous.

The two mountainous areas in Ukraine are the Catpathians and the Crimean Mountains, but they are not high. The main rivers are the Dnieper, the Dniester, the Buh, the Donets and others.

The climate is mild and soft in the west and in the centre, warm and dry in the east and hot in the south. The flora of Ukraine is rich in a great variety of plants, which number up to 16, 000. The animal life is also unusual and specific.

2. Its territory stretches for ...

a) Role-play the situation in pairs.

T: You are in one of British schools. The British teacher of Geography wants his/her pupils to know more about Ukraine. Answer his/her questions.

b) Represent some famous places of Ukraine.

T: Ukraine is a wonderful country as it is full of famous places of interest. Here are some of them. You are suggested to look at them and guess them.

T: Let’s divide into three groups and do some tasks.

a) Students are divided into 2 groups to decide what to say about Ukraine. You are to complete the table on the blackboard.

• Representatives of the groups write, read and comment on their ideas.

• Students speak about Ukraine according to their  plans.

T: Try to guess the last sentence. Comment on the joke.

So I took them, left them at the umbrella-maker’s, saying that I would call for the umbrellas on my way home in the evening. When I went to dine in the afternoon, it was still raining very hard. I went to the nearby restaurant, sat down at a table and had been there only a few minutes when a young woman came and sat down at the same table with me. I was the first to finish and when I got up, I absent-mindedly took her umbrella and started to the door. She called out to me and reminded me that I had taken her umbrella. I returned it to her with many apologies.

In the evening I called for my umbrellas, bought a newspaper and got on a tram. The young woman was in the tram too. She looked at me and said: “You’ve had a successful day today, haven’t you?”

T: Guess the riddle: What is the worst sort of weather for mice and rabbits? (A storm when it rains cats and dogs.)

T: Using the information from your Geography lessons speak about the climate of Ukraine. The work in pairs and make up a dialogue between a travel agent and a customer, who wants to visit the country and wants to know something about it.

T: Listen to the text try to get some unknown information about the climate of our country. Which do you think are the most important for a visitor to know? Why do you think so? 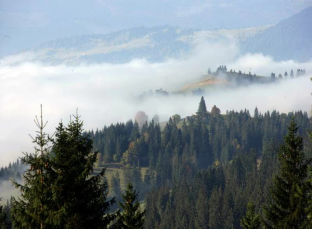 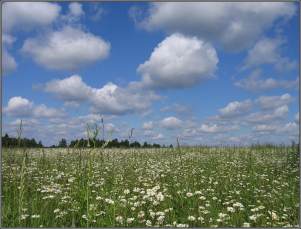 In general the country's climate moderate-continental, subtropical only in the southern part of the Crimea. The differences in climate are caused  by many factors: landscape, distance to and oceans... The climate varies not only from the north to the south, but from the northwest to the southwest as the warm air masses are moving from northwestern part of Atlantic Ocean.

The coldest month is January with a record low of -42 °C. The warmest month is July with a record high of +40 °C. Rain and snow ranges from about 76 cm a year in the north to about 23 cm in the south. The highest rainfall is in Carpathian and Crimean mountains.

T: Let’s organize a discussion on the following questions.

What practical advice would you give to a visitor about the weather in Ukraine?

What clothes should they bring in summer? In winter?

T: Look through the weather forecast and write down your own.

1. Sunny weather with occasional showers. The temperature is 25 degrees above zero. The wind is from the west.

2. Rain. Wind moderate to strong. An east wind is blowing, 5 metres a second. The atmospheric pressure is... .

3. Cold weather and snow in Kharkiv region. The temperature is -20. Wind from the north-east. A blizzard is possible.

T: Let’s do some grammar exercises.

a) Fill in the blanks with the words from the box.

7) The biggest __ are Kyiv, Kharkiv, Lviv, Odesa and others.

b) Rewrite the sentences in Present Perfect Passive.

3. They’ve turned the city centre into a real shopping area.

5. They’ve changed the names of some streets.

Example: Victor sees that a new hospital has been built.

a) A: Oh, goodness gracious! Now, do you look up at the sky? I’ve never seen such black clouds. Oh, we’ll get drenched!

b) A: A thunderstorm is certainly coming on! Do you think we’ll have time to get our boat to the shore before the storm breaks out?

d) A: The sun is trying to come out. Shall we go to the suburbs?

e) A: What’s the weather forecast for today, do you know?

f) A: The first snowfall of the season! What a beautiful sight! I’m going out. Are you?

T: What have we done at the lessons? Is the geographical position of our country suitable for the development of its relations with foreign countries?

Group 2: Make up a dialogue about the weather in different seasons of the year.

Group 3: Make your presentation about one of Ukrainian city (town).

T: Dear children, I’m extremely happy because you’ve done your best. Your work was up to the mark. Some of you were active, others were not so active. So I give you... . 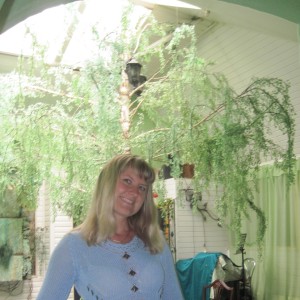 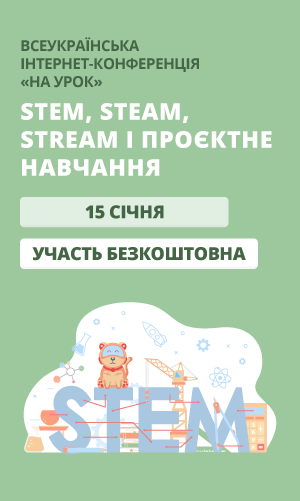