Урок "A Trip around the USA"

Topic: A Trip around the USA

Quiz “What do you know about …”

Yes, it is. You know that New York is the largest city of the US. Washington and San Francisco are very important and beautiful cities of this country. But some of your answers were not correct.

T. I think these questions will help you to guess the topic of today’s lesson. Your suppositions, please.

So, today we are going to make a very enjoyable trip to a wonderful country, the USA.

The USA is situated on the North American continent and is washed by three oceans: the Pacific, the Atlantic and the Arctic.

It borders only on two countries — Canada and Mexico.

This great country has a lot of mountains, rivers, lakes. The main mountains are the Appalachians and the Cordilleras. The longest rivers are the Mississippi and the Missouri.

The climate of the country is varied. In the southern part it is subtropical while the northern part has very cold weather in winter.

America has fifty states and one federal District of Columbia where the capital of the country is situated.

The capital of the USA is Washington. It stands on the Potomac river in the eastern part of the country.

The main cities are located on the Pacific and Atlantic coasts. New-York is the largest city of the country. Other large cities are San-Francisco, Los-Angeles, Detroit, Chicago, Phoenix and Dallas.

The USA is a country of highly developed industry and agriculture. The main industrial centres are Chicago and Detroit, with their greatest automobile company “General Motors”. There are many farms with various agricultural products. Grain, fruit and vegetables are grown on numerous fields especially in the South.

The USA is a country with great holidays, customs and traditions. It is one of the most beautiful and interesting countries in the world.

T. Remember you did not answer all he quiz question correctly. That is why we will answer them again, but now you have some more information and knowledge on the topic.

Some of your classmates have already prepared projects about the US states. They are ready to present them and we are ready to listen attentively (some projects by my students as examples; we also had Power Point presentations)

Though California is well-known for its warm Mediterranean climate, the large size of the state results in climates that vary from moist temperate rainforest in the north, to arid desert in the interior, as well as snowy alpine in the mountains.

The area became a part of Mexico in 1821 following its successful war for independence, but was ceded to the United States in 1848 after the Mexican–American War. The western portion of Alta California then was organized and admitted as the 31st state on September 9, 1850. The California Gold Rush starting in 1848 led to dramatic social and demographic changes, with large-scale emigration from the east and abroad with an accompanying economic boom.

California's economy is larger than that of any other state in the country; if it were a country, California would be the 6th largest economy in the world and the 35th most populous. It is regarded as a global trendsetter in both popular culture and politics, and is the origin of the film industry, the hippie counterculture, the Internet, and the personal computer, among others. Fifty-eight percent of the state's economy is centered on finance, government, real estate services, technology, and professional, scientific and technical business services. The San Francisco Bay Area has the nation's highest median household income by metropolitan area, and is the headquarters of three of the world's largest 40 firms by revenue, Chevron, Apple, and McKesson. Although it accounts for only 1.5 percent of the state's economy, California's agriculture industry has the highest output of any U.S. state.

Florida - a state in the south - east of the United States, located mainly on the peninsula with the same name, which speaks to the Atlantic Ocean. Florida - 22nd in the area and 3rd in the US state.

The state capital is Tallahassee; the main cities are Miami, Tampa, Orlando and Jacksonville

The territory of the Everglades National Park is a gigantic swamp. People come here to watch alligators, who are very much here. Budget go along the cycle route. You will have time to enjoy the wildlife around. You can also take a canoe rental or, by taking a map with the route, waving with a paddle. 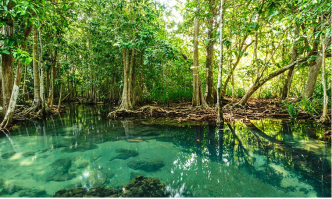 Hawaii is the state of the USA in the Hawaiian Islands in the Pacific Ocean.

This state consist of a chain of 20 islands of volcanic origin. Major ones: Maui, the second one behind the island and Oahu, the third in area and first in population.

Residents of Hawaii speak in languages such as English, Spanish, Japanese, Korean and Hawaiian.

One of the traditional dishes are Lomi Lomi and Lao Lau.

An interesting place in Hawaii is the Pale Coast, which is located on the island of Kauai. 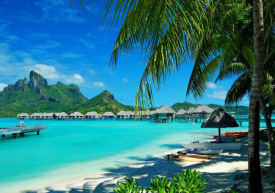 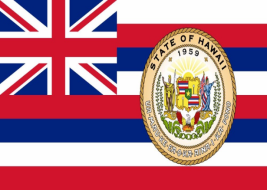 Montana is fourth by  size state of the USA after Alaska , Texas and California . State square is equals 376.978 square kilometers . Montana borders on the north with Canadian provinces : British  Columbia , Alberta and Saskatchewan , in the East with North Dakota , in the  South with Wyoming , in the West from Idaho . 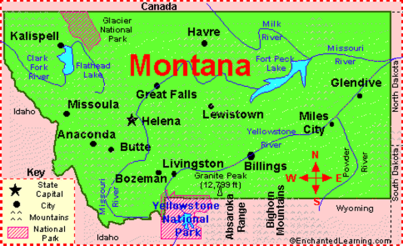 Around 180 million years ago, during the Jurassic Period, New Jersey bordered North Africa. The pressure of the collision between North America and Africa gave rise to the Appalachian Mountains. Around 18,000 years ago, the Ice Age resulted in glaciers that reached New Jersey. As the glaciers retreated, they left behind Lake Passaic, as well as many rivers, swamps, and gorges.

Oregon is a state in the Pacific Northwest region on the West coast of the United States. The Columbia River delineates much of Oregon's northern boundary along Washington State, while the Snake River delineates much of its eastern boundary along Idaho. Oregon is one of only three states of the contiguous United States to have a coastline on the Pacific Ocean.

Oregon was inhabited by many indigenous tribes before Western traders, explorers, and settlers arrived. An autonomous government was formed in the Oregon Country in 1843 before the Oregon Territory was created in 1848. Oregon became the 33rd state on February 14, 1859. Today, at 98,000 square miles (250,000 km2), Oregon is the ninth largest and, with a population of 4 million, 27th most populous U.S. state.

Oregon is one of the most geographically diverse states in the U.S., marked by volcanoes, abundant bodies of water, dense evergreen and mixed forests, as well as high deserts and semi-arid scrublands.

Because of its diverse landscapes and waterways, Oregon's economy is largely powered by various forms of agriculture, fishing, and hydroelectric power. 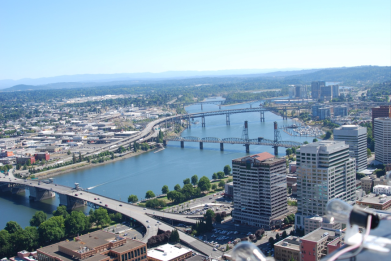 Certainly, this state has its nick name: Lone Star State.

The origin of state’s name comes from a word used by Cad-do Indians meaning “friends.”

It’s estimated to be the richest state of the USA that is why it also called the Golden State.

5. Making a chart “The USA States”

Students complete the chart with the state names and some features (capital, population etc.)

Students use the structure to talk about the state they would like to live in.

Students do puzzle The USA