Learning goals: To teach the pupils:

To develop skills of speaking and reading, listening

To teach pupils about the importance of art

To encourage pupils to use English creatively

Learning goals:   To teach the pupils:

Materials and equipment: printed copies of the text, the set of handouts ,video, audio 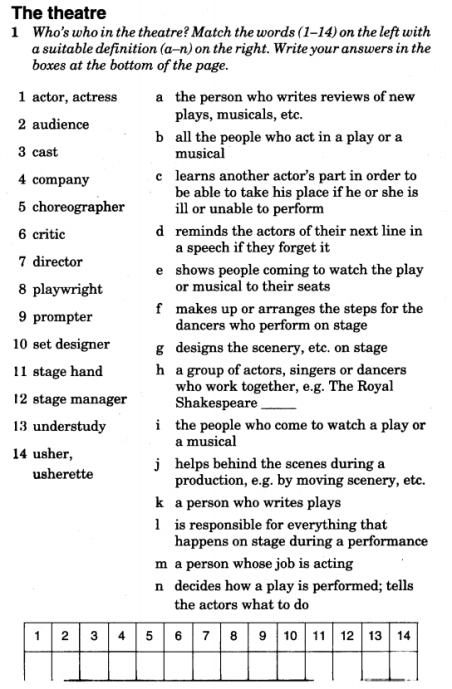 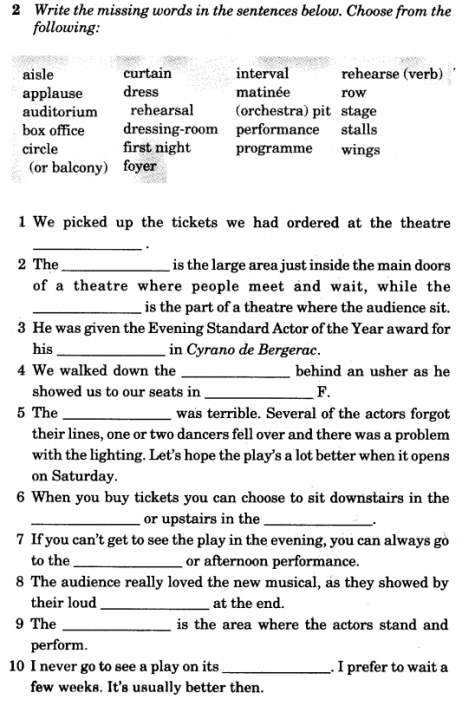 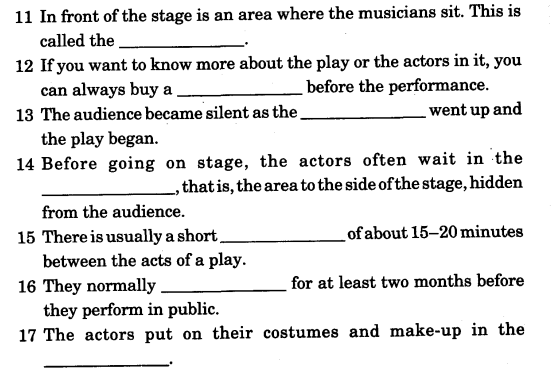 Match the words and their meaning

The scenery or setting

An aside or stage whisper

The space under the stage, mainly used for machinery

Various kinds of floodlights that can produce effects such as blackout

Played by the leading lady or man

Consists of the backcloth

To mispronounce the words or get the lines wrong

Monologue; this device allows us to discover the inner thoughts and motives of a character

Usually the first scene of a play

To act with too much restraint

Place where the actors play

Not just the setting, but also the props and costumes

The person responsible for directing the actors and deciding on interpretation

To act in an exaggerated way

They give guidelines about stage effects or the character’s costumes, attitudes and gestures

When a character’s thought is expressed for the audience only

(Short for stage properties) The objects used by the actors, the furniture or carpets.


Video-fragment - http://www.youtube.com/watch?v=m3VGa6Fp3zI
1. Write down whether the statements are True or False