Glad to see you today!

How are you today?

What is your mood depends of ?

Teacher: Please, listen to a song  and guess what  will be speak about on our today’s lesson.

Yes, my dear children,  today we’ve got an unusual lesson: we are going to talk about music in Great Britain and about one of the most famous band in Britain, in UK in the USA and all over the world  about “The Beatles” is the “legendary four”.

Do you know this group?

Did you listen to their songs?

When did you listen to their songs ?

What style of music did they perfom?

Teacher : And now let’s write the adjectives for the name of the group(Слайд №2)

Teacher: Let`s talk about the name of the group ”The Beatles”

What do you think the word “Beatles” mean?

So, the name of the group is a combination of two words. (Cлайд №3)

On the blackboard you can see a number of different words:

Yes, these words are – beat and beetles (жуки-ударники). (Слайд №4)

Teacher: Well, children, now we know what does the word Beatles mean.

Now tell me please why they are often called “The Liverpool Four”?

Ps: Because they came from English town Liverpool and in this band were four members.

For a lot of people Liverpool is first of all associated with the Beatles, probably the most famous and successful pop-group the world has ever known.

Teacher:And now I give you a card, which contains some  information about Beatles. Your task is to read the text and to prepare a report according to this text. (Слайд №6,7)

The Beatles were an English rock band, started in Liverpool, England in 1960 . They are the most successful and influential band in the history of music.

Starting in 1956, John Lennon and several of his friends played in a British band called the Quarrymen. Over the next few years, the members of the band changed, and by 1960, the band was called the Beatles. They did not have their first hit until 1962. In February 1963 their song, "Please Please Me", reached the number 1 position on the British charts.

They first came to the United States in 1964. They were met at the airport by thousands of  American teenagers. The Beatles were so popular that they were attacked by screaming fans everywhere they went around the world. The effect they had on their fans was known as 'Beatlemania', Beatles songs soon filled the top 5 places on the American top 40 chart.

The Beatles broke up in 1970 because of the pressures of fame and each member becoming more independent both in their personal lives and musically.

Teacher: Ok, what information did you get about Beatles.

Teacher:Some pupils prepare about John Lenon, Paul MacCartney, Ringo Stars and George Harrison. We are ready to listen you!

Pupil 1: John Lennon was born on the 9-th of October in 1940 in Liverpool. At 15 he met Paul McCartney, they created the songs. John Lennon was a poet, a composer, a soloist, a guitarist, a musician, a writer and one of the greatest man in popular music. (Слайд №8)

Paul McCartney and John Lennon had melodic bass lines “Yesterday” was one of the most popular song. Paul McCartney was a poet, a drummer, a soloist, a guitarist, a musician, a producer, and a writer. From all the Beatles Paul McCartney made the most successful solo career. (Слайд №9)

Pupil 3: The youngest of four children, George Harrison was born at the 25-th of February in 1943. In September 1954, George began attending the Liverpool Institute where Paul McCartney was a student. They become friends.

He was a musician, a composer, a guitarist, a soloist, a gardener, a film producer and a record producer. (Слайд №10)

He was a drummer, a composer, a musician, a singer. His real name was Richard Starky. (Слайд №11)

Teacher: Thank you, children for such interesting information. Take your pens and choose the correct answer.

1. Сan you put these first names and surnames together to make the names of the four Beatles? (Слайд №12)

2. Which city in England did the Beatles come from? (Слайд №13)

b) The Quarry Men,

Do you know their songs?

Do you know their song “Yesterday’? 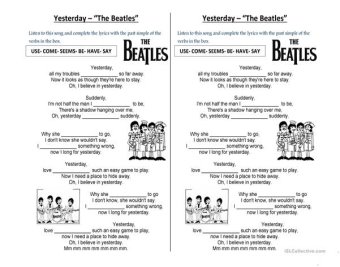 Teacher: Let’s check the answers and sing a song

Teacher:What tense was used  in the song “ Yesterday”?

Yes, Past Simple. But do you know the Future Simple in the Past?

Please translate the sentences in Future Simple in the Past. (Слайд №19)

Teacher: Yes, they worked hard, they believed in future, they wanted to be a seccusful but they didn’t hope that they will be a legend. But they are a legend.

In 1970 a band was broke and I read many different information about this fact and many people said and say, that the reason for it was a lovely woman of John Lennon Yoko Ono. But these are only minds. Really, very sorry, but we thank you for Beatles and for their songs. They are in our hearts forever!!!

Write some words about our lesson and about Beatles on these papers.

T: You were ready for today's lesson and worked good.

T: Open your day-books, please, and write down your homework

Your hometask will be write a letter about “ The Beatles” to your pen friend. (Слайд №20)

You are the best. Put a smile on each of the stairs by answering the following questions. (Слайд №21)

Did you memorize some words?

Did you learn something new?

Teacher: At  the end of our lesson I want to say “Thank you” to everybody who was here, who knows  the group The Beatles, loves it and likes our lesson. 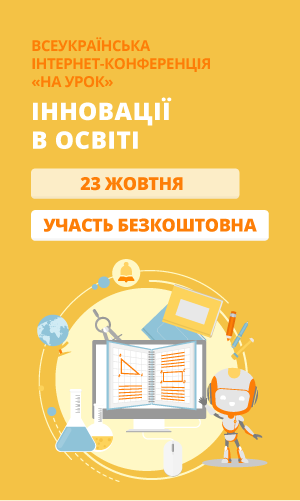