Form of the lesson: integrated lesson

Facilities: video http://learnenglish.britishcouncil.org/en/starting-out/episode-03-what-do-you-doing, test-cards,  pictures, text for reading with task, a box with coloured toys, stripes for feedback, glue, waste (old things), spray paint, rubber gloves, a coat, a computer, the texts of the songs and their video.

Plan of the lesson

Teacher. One day Lailah Gifty Akita said, “When I was a child, I thought like a child. When I became adult, I seek a deeper understanding of life”.

This woman is a founder of Smart Youth Volunteers Organisation. And she knows all about young people. So today we also try to understand the life of youth in different times.

1.Speaking. Youth cultures at the end of the XX century.

Do you remember the youth cultures at the end of the XX century? Chose any toy and continue a sentence.

- If I were a Punk I would listen to… (rock music)

- If I were a Rapper I would wear… (expensive clothes)

- If I were a Rapper I would listen to… (rap music)

- If I were a Hippy I would wear… (second-hand clothes)

- If I were a Hippy I would listen to… (pop music, piece-loving music)

And now let’s see how the music styles changed in the second part of the XX century.

Everybody in the whole cell block

Was a-dancing to the Jailhouse Rock

Little Joe was blowing on the slide trombone

The whole rhythm section was the Purple Gang

I see trees of green... red roses too

And I think to myself... what a wonderful world...

When I find myself in times of trouble

Mother Mary comes to me,

And in my hour of darkness

She is standing right in front of me,

Mama mia, here I go again
My my, how can I resist you?
Mama mia, does it show again?
My my, just how much I've missed you
Yes, I've been brokenhearted
Blue since the day we parted
Why, why did I ever let you go?
Mama mia, now I really know,
My my, I could never let you go.

Once upon a time not long ago,
when people wore pajamas and lived life slow,
When laws were stern and justice stood,
and people were behavin' like they ought ta good

I'm gonna say all the words inside my head

I'm fired up and tired of the way that things have been, oh woo

The way that things have been, oh woo

Don't you tell me what you think that I could be

I'm the one at the sail, I'm the master of my sea, oh ooh

The master of my sea, oh ooh

You have toys, so divide into 3 groups. What way can help you? Right! The colour and the shapes of these toys.

Look at the photos 1 – 3. Discuss what sort of life each of these people has.

And now read your texts and match them to the photos.

THE TEXT FOR 1 GROUP 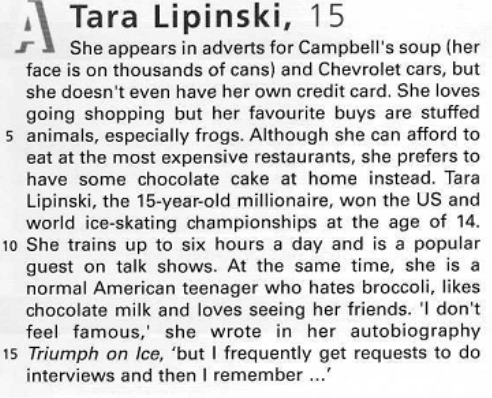 THE TEXT FOR 2 GROUP 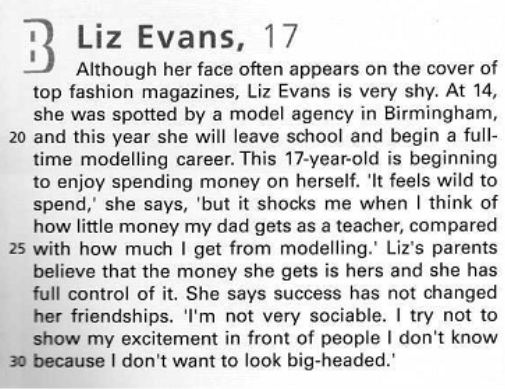 THE TEXT FOR 3 GROUP 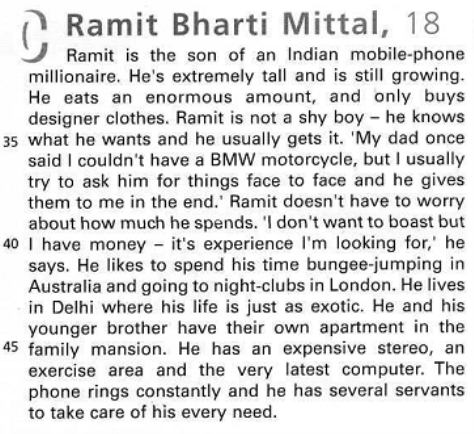 Look through your texts again and tell me…

1. …makes money out of advertising?

2. …gets money without working?

7. …has lots of people to do things for him/her?

Find words from the texts with a similar meaning. The letter can help you:

2. feeling nervous with other people – s…

2) Photo (what will happen)

3) The first listening and watching a video

5) The second listening and watching a video

-In my opinion the most (boring) book is that one.

-She would (probably) never see him again

-Then you (probably) need money.

-I've got a (boring) job in an office

-We’ll (probably) ask you to come in again tomorrow, so be ready.

So what qualities does someone have to meet new people?

5. Project work. DIY (Do It Yourself)

Young people lived in all times, they communicated, they believed in great future. In that way they created something new to remember their life.

Let’s create something new for example, a picture, instead of the old things. You will work with electricity equipment, so be careful using it.

You have some waste.

Pupils make a mind-map “Top 10” – “How to be successful in communicating”. Make some rules that can help you to meet new friends. 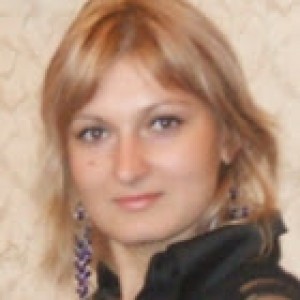