Motivation is some kind of internal

drive that encourages somebody to

pursue a course of action.

1. WHY DO PEOPLE LEARN ENGLISH?

Why do people and especially students learn English? Is it for pleasure? Or is it just became they have to?

There are a number of different reasons for language studies. Probably the greatest number of students in the world do it because it is on the school curriculum whether they like it or not. Some people warn to study it because they think it offers a chance for advancement in their professional lives, some may be interested in living in an English-speaking community or they are attracted by its culture. Some want to be tourists and make themselves understood.

People involved in language teaching know that stu­dents who really want to learn are easier taught and they are more likely to succeed.

It seems reasonable to suggest that the motivation that students bring to the classroom is the biggest single factor affecting their success.

II. WHAT IS MOTIVATION?

Motivation is some kind of internal drive that encour­ages somebody to pursue a course of action. (Harmer, 1991:3)

If we perceive a goal, it means that it is attractive for us and we are strongly motivated to do whatever is necessary to reach it.

Many other factors have impacts upon students' extrinsic motivation, which is influenced by the atti-

tude of their parents, friends and other members of the stu­dents' community.

All factors affecting intrin­sic motivation can be put under the headings of physical con­ditions, method, the teacher and success.

So this is a little theory, but I was really interested in how my students are mo­tivated and what makes them learn. I was interested in the opinions of the future gradu­ates of a regional economic faculty and job applicants for positions in the middle management in business and state administration.

THE    IMPORTANCE   OF LEARNING    ENGLISH

I am sure that today every educated person should know at least one foreign language. English is the second widespread language in the world (The first is Chinese). It is spoken by more than 400 million people in different parts of the world.

Reasons for learning English for different people are different. Those who want to get the best education and to take part in educational exchange programmes, be good specialists, get a better job should know English well, because English is the language of science and computer techologies,the Internet, business and international communication.

People who are interested in international ties of our country have to know English well because it is the language of politics, one of six working languages used in the UNO (United Nations Organisation). It promotes cultural, technical, scientific co-operation among people all over the world.

If you are fond of travelling and doing sightseeing in different parts of the world, the knowledge of English is necessery for you.

And at last if you want to be a teacher of English or work as a translator, or just want to improve your memory and social skills to widen your vision of the world and to understand people better - learn English.

323 million speakers use English as native language and nearly 20% of the world's population use it in their lives. All those people live in different parts of the world, such as Great Britain, The United States of America, Canada, Australia, New Zealand.

Great Britain is not a very large country which lies on the British Isles in the northwest of the European continent. It consists of four parts: England, Scotland, Wales and Northern Ireland. English is the national language in all the parts of the country. 60 mln inhabitants live there. London is the capital of the United Kingdom of Great Britain and Northern Ireland. The territory of the country is 244 765 square kilometres.

The United States of America, the fourth largest country in the world, lie in the middle of the North America contenent.The total area of the USA is 9363130 square kilomertres. The capital of the country is Washington. The USA consists of 50 states and English is the national language of it. Nowadays people speak the so-colled American English. British and American English though common in their origin have some lexical, grammatical and phonetic differences.

Canada is the second greatest country in the world with the territory about 9970610 square kilometres. It is located to the north of the USA in the northern part of the North American continent. Its population is nearly 31 mln inhabitants and the capital is Ottawa. English is one of the two national languages of Canada.

Australia is the smallest continent in the world, which is situated in the southern hemisphere and has unique the animal kingdom and the plant life. The territory of it is 7682300 square kilometres the population is 19,4 mln people. The capital of the country is Canberra. Australia is an English-speaking country as well.

New Zealand is situated to the south-east of Australia in the southern hemisphere too. The territory of it is 265150 square kilometres, 3,9 mln people live there. The capital of New Zealand is Wellington. Its climate is much more milder than in Australia, so it has large fertile soils, gardens, pasture-grounds. English is also the national language of this country. 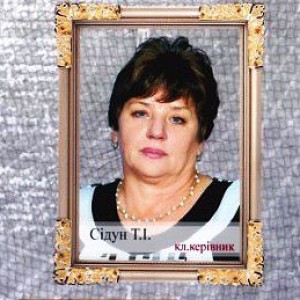