Music and Song in our Life

Topic: Music and Song in our Life

Moral values: to cultivate the aesthetic taste, awareness and respect to the world culture.

(The theme of the lesson is on the board.) T: Good morning! We are going to talk about music, its impact on you, and your preferences in music.

T: Let us see if you are keen on music. I have « Personality Quiz» for you. You are to answer the questionnaire, find your score and read the interpretation defining how musical you are.

4. How many concerts did you go last year?

5. How many CDs and\ or cassettes have you got?

6. Where and when do you listen to music? (1 point for each)

TOTAL: You are music mad! Score:

25-30 you are music mad! Take your earphones off and listen to your teacher!

20-25 you like music but you know there are other things in life.

T: So, you like music, don’t you? Let us see what styles and instruments of music you know. (Teacher writes a music network on the board asking students about their associations and explains the pronunciation, spelling).

T: We shall listen to the famous song «Shape of my heart» by Sting. Have you heard this song before? What is the main idea of the song?

T: You’ll listen twice, so your task is to find and correct mistakes.

He is deals the cards as a meditation

And those he is plays never suspect,

He doesn’t play for the money he is wins,

He doesn’t is play for respect.

He deals the cards to find these answers,

The sacred geometry of many chances

The hidden law of a probable outcoming,

The numbers lead a dance.

I know that the spades is the swords of a soldier,

I know that the clubs were weapons of war,

I know that diamonds mean money for this art,

But that’s not the shape of their heart.

He may play the jack of diamonds,

He may play the queen of spades,

He may conceal a king in his hands

While the memory of it fades.

And if I told you that I loved you,

I’m not a man of two many faces,

The mask I wear is one.

Those who speak know everything

And find out to their cost

Like those who curse their luck in too many places

And those who fear is lost.

The vocabulary of the text of the song:

T:  Let me divide you into 3 groups and do the tasks imagine that you are sitting somewhere and doing nothing. You are alone and in a thoughtful mood.

So, you are to write a short poem (4-6 lines in 10 minutes). Then each group will read its poem and we’ll choose the best one. (While the students write the poems, the teacher turns on the light music for relaxation. In 10 minutes the music turns off and students choose the best poem).

T: So, we have listened to and sung the song by Sting. I wonder if you know anything about the author. (Students might want to get the information about him.)

T: First, look at the new words and expressions, read them, and mind the translation.

To mock at – насміхатись над

Who is he – this mysterious, shy Englishman, which is called the man of the year? Why Sting?

The real name of Sting is Gordon Sumner. He grew in the gloomy industrial city Newcastle. His mother was a hairdresser and his father was a milkman. However his mother had a musical education, she could develop nature abilities, teaching him to play the piano at home. He was suggested the course of education at musical school, but jazz and guitar attracted Sting more.

Sting was a road worker, and also he taught music. Later Sting had an opportunity to move to London and to play professionally.

In 1977 Sting entered the «Police» group. Their song «Roxanne» was quickly noticed by BBC and it became hit in a moment. During the six years the group wrote some albums.

In 1983 after the world tour Sting decided that he had achieved everything he could and the group broke down.

Sting’s independent career formed successfully. He wrote his own albums «Sacred Love». His first album with the elements of jazz «Dream of the blue turtles» became platinum. The album «Soul Cages» (1991) and «Ten Summoners Tales» presented Sting as a mature composer. Both his albums got Grammy rewords.

Sting is versatile developed man. He is active in politics he takes part in the protection of Brazilian woods, supports the organization «International amnesty». Sting acted in some films. His favorite books are «The Castle of Gormengast» by M.Pik, «The Canterberian stories» by J.Chauser.

The secret of unbelievable success is in that he writes not only sincere music, but also he uses sensible texts. His unique style of songs doesn’t let the listeners to be wrong and mix up him with other singers. Sting’s songs are full of reflection of the essence of existence of simple things, people around us. It is no mere chance that Sting belongs to the cult singers of the world.

(Students ask and answer questions on the text).

T: In our today’s lesson we have revised and learnt the words and word combinations on the topic «Music and song in our life», discussed various preferences, got some new information about pop singer Sting. And I believe that all of you enjoyed listening to and singing the song «Shape of my heart». I suppose you’ve realized that music plays a great role in our life and makes it more colorful and efficient.

As a part of your homework you are to write the Star reports and make up the presentations of your own. They can include playing music, songs, talking about the star or acting out a mock interview. 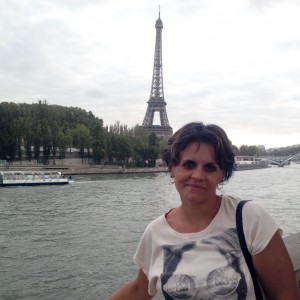