• to develop and stimulate students' skills;

Aids: students' books of English (8 form), cards with the tasks and po­ems, a tape-recorder and a cassette, portraits, pictures of London and Stratford-on-Avon, maps.

Teacher: Неllо! Nice to meet you today! How are you? I hope today you'll enjoy our lesson, and speaking about the famous English poet and his works.

The day is really fine. Spring has set in with its eternal claim of Life and Love. Our today's les­son is also closely connected with these words. Annually in spring, on April 23rd, we mark the birthday of the world's greatest playwright, whose works are immortal.

Let his world of humanism, victorious good and undying Love fill this room. I do hope to feel this atmosphere, I do rely on your help. Thus, the theme of our lesson is "The World of  William  Shake­speare".

Read the epigraph of the lesson:  "He was not an age but for all time"

Teacher :  We are going to discuss Shakespeare's works and his life. By the end of the lesson you should be able:

1) to recognize, understand and use the lexical material of the topic;

2) to identify main ideas and details from the text for listening;

3) to talk about the life of Shakespeare;

Teacher: By the way, do you know what the surname of Shakespeare means?

It means "the man with the spear". And we can say, that W. Shakespeare has shaken the whole mankind with his works.

Teacher: Many words from Shakespeare's plays are known among the people all over the world. But usually we don't know their author.

Teacher:   Match the quotations from Shakespeare's work with their translation.

William Shakespeare was the greatest writer in the English language. He was bom in 1564 in Stratford-upon-Avon. At the age of eighteen he married Anne Hathaway, who was eight years older that himself. A few years later he moved to London, where he worked as an actor and a playwright.

Shakespeare wrote thirty-seven plays and 154 sonnets (a kind of poem). His most famous plays are the four great tragedies — Othello, Macbeth, Hamlet, and King Lear. He also wrote several historical plays. Eight of these plays were about English kings, including Richard II, Hen­ry V and Richard III. Others dealt with Roman history and included Julius Caesar and Anthony and Cleopatra. But not all of Shakespeare's plays were serious. He also wrote comedies, such as A Midsummer Night's Dream and Twelfth Night.

Shakespeare died in Stratford on 23 April 1616, but his plays are still very popular today. They have been translated into several different lan­guages, ar.c many of them have been made into films, bath in English and other languages. Shakespeare's plays are about the great issues of life-love, hatred, jealousy, power, ambition, death and so or.. So. his plays are just as relevant today as they  were  in  the sixteenth century. To show tr em directors sometimes do the

plays in mo:. . and one of Shakespeare's

plays has ever, been turned into a modern musi­cal. His romantic tragedy. Romeo and Juliet, was the basis for the musical W est Side Story.

1. William Shakespeare was born in 1954 in Stratford-upon-Avon.

2. At the age of twenty he married Anne Hath­away.

3. A few years later he moved to Briton.

5. His most famous plays are the four great tragedies — Othello, Macbeth, Hamlet, and King Lear

7. His plays have been translated into several different languages.

8. Modern directors always do the plays in modern dress.

9. Romeo and Juliet was the basis for the mu­sical West Side Story.

10. His most famous plays are the four great tragedies — Othello.

Answer the questions on the blackboard (work in groups).

1. Who was William Shakespeare?

2. When and where was he born?

5. Where did he go a few years later?

7. How many plays and sonnets did he write?

8. What are his most famous plays?

9. Did William Shakespeare write any comedies?

11. Are his plays as relevant today as they were in 16-th century?

A work with the table "William Shakespeare's life"

Teacher:  We know that Shakespeare wrote in English but his works are translated into many languages. I want you to name the countries where the people can read Shakespeare's works and show them on the map: Ukraine, Finland, Russia, Estonia, France, Denmark, Georgia, Poland, Romania, Austria, Spain, Norway, Italy, Latvia, Sweden, and Greece. (Translate the names if the students need.)

Some glory in their birth, some in their skill,

Some in their garments, though new-fangled ill;

And every human hath his adjunct pleasure,

Wherein it finds a joy above the rest:

All these I better in one general best.

The love is better than the high birth to me,

Of more delight than hawks and horses be.

And having thee, of all men's pride  I boast.

Wretched in this alone, that thou mayst take

All this away and me most wretched make.

Tired with all these, for restful death I cry;

As, to behold desert a beggar born,

And needy nothing trimmed in jollity,

And art made tongue-tied by authority,

Tired with all these, from these would I begone

Save that, to die, I leave my love alone.

Then hate me when thou wilt; if ever, now.

Now, while the world is bent my deeds to cross,

Join with the spite of Fortune, make me bow,

And do not drop in for an after-loss.

Ah, do not, when my heart hath scaped this sorrow.

Come in the rearward of a conquered woe;

Give not a windy night a rainy morrow,

To linger out a purposed overthrow.

If thou wilt leave me, do not leave me last,

When other petty grieves have done their spite,

But in the onset come: so shall I taste

And other strains of woe, which now seem woe,

Compared with toss of thee will not seem so.

When thou shalt be disposed to set me light

And place my merit in the eye of scorn,

Upon thy side against myself I'll fight

And prove thee virtuous, though thou art forsworn.

With mine own weakness being best acquainted,

Upon thy part I can set down a story

Of faults conceal'd, wherein I am attainted,

That thou in losing me shalt win much glory:

And I by this will be a gainer too;

For bending all my loving thoughts on thee,

The injuries that to myself I do,

Such is my love, to thee I so belong,

That for thy right myself will bear all wrong.

When my love swears that she is made of truth,

I do believe her, though I know she lies,

Unlearned is the world's false subtleties.

Thus vainly thinking that she thinks me young,

Although she knows my days are past the best,

On both sides thus is simple truth suppressed.

But wherefore say not I that I am old?

And age in love loves not to have years told.

Therefore I lie with her and she with me,

And in our faults by lies we flattered be.

Teacher:In our lesson we have mentioned two plays by William Shakespeare: "Romeo and Juliet" and "King Lear". Now speak about the plays. Two students will compare them. I'll put the ques­tion to both of them; speak about the work you have chosen: What are they about? What are the main heroes? What is the main idea? What is good in the play? What is bad in the play? What kind of love is described in it? What countries do the people live in your play?

Juliet. At what o'clock tomorrow shall I send to thee?

Romeo. At hour of nine.

Juliet. I will not fail; 'tis twenty years till then. I have forgot why did I call thee back.

Romeo. Let me stand here till thou remember it.

Juliet. I shall forget, to have thee still stand there, remembering how I love my company.

Romeo. And I'll still stay, to have thee still forget, forgetting any other home but this.

I would gave thee gone; and yet no further than a wanton's bird

Who lets it hope a little from her hand

And with a silk thread plucks it back again,

So loving-jealous of his liberty.

Romeo. I would I were thy bird.

Sweet, so would I:

Yet I should kill thee with much cherishing.

in such sweet sorrow

That I shall say good-night till it be morrow.

Sleep dwell upon thine eyes, peace in thy breast!

Would I were sleep and peace, so sweet to rest!

Hence will I to my ghostly father's cell,

His help to crave, and my dear hap to tell.

Teacher : Our work at the lesson was great. You were good, thank you for active participa­tion. The best speeches will be marked. 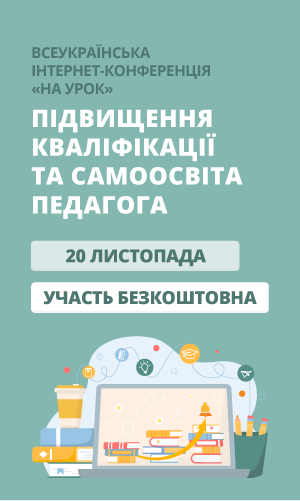