Compere 1:Hi, dear boys and girls, parents and teachers, today we are going to talk about the United Kingdom of Great Britain and Northern Ireland. First of all let me introduce our jury:

Compere 2: Now both teams will represent themselves (mottos, presentations). They can get 5 points for this task.

The brightest: We come, we see, we conquer.

The smartest: We are the best. We are better than the rest.

So, our jury, please, give us the results for their presentations.

Compere 1: Both teams, please, take your seats and we'll start our competition. You’ll have to answer some questions. If you know the answer, you’ll raise your flag.  For every right answer you will get 1 point. So, the first round is

I. History of England

1. Under what king did the Knights of the Round Table gather together?

2. What great historical event happened in 1066?

a) the Danish invasion

b) a bourgeois revolution r

c) the battle of Hastings

d) the battle of Bosworth

3. The Romans first invaded Britain in …

a) the 5th century AD

b) the 5th century BC

c) the 1st century BC

a) one thousand years old

5. The Princess Diana was the wife of …

6. What disaster did the whole England suffer from in the 14th century?

a) Great Fire of London

b) Great Plague in England

Our jury, please, tell us the results of the first round.

So, the second round is

II. The main things about the United Kingdom of Great Britain and Northern Ireland

1. What is the symbol of the United Kingdom?

a) a bald eagle

2. What is the name of the British national flag?

a) the Union Jack

b) the Saint Andrew’s Cross

d) the Stars and Stripes

3. What is the official religion in the United Kingdom?

4. What is the emblem of Scotland?

5. What two animals can we see on British royal coat of arms?

a) the lion and the fox

b) the lion and the elephant

c) the lion and the unicorn

d) the lion and the wolf

6. What is the national anthem of Great Britain?

d) Peace at any Price

Compere 1: A famous British poet Robert Burns loved his native land a lot. Now you will listen to the poem “My heart is in the Highlands”.

So, what are the results of the second round?

The third round is

III. Geography of the United Kingdom of Great Britain and Northern Ireland

2. What lake does the famous Scottish monster live in?

3. What is the longest river in Great Britain?

4. What is the name of the highest mountain in Wales?

5. What is the capital of Northern Ireland?

6. What city in Britain has nickname “The Smoke”?

Compere 2: Britain has a lot of traditions. They can be proud of their Irish old  dances. One of them is the famous Irish step.

Our jury, please, give us the results of the third round.

The fourth round is

VI. Education in the United Kingdom of Great Britain and Northern Ireland

1. What is the school-leaving age in the UK?

2. Which of the following stages of British education is not obligatory?

3. What is the top secondary school in Great Britain?

4. What is the highest mark in British schools?

5. In which century was the Oxford University established?

6. What universities have the highest academic reputation in the UK?

Waiter: Why can’t you eat?

Customer: You haven’t brought me a knife and fork.

Waiter: Here you are.

Customer: What is this fly doing in my soup?

Customer: There’s a dead fly in this salad.

Waiter: Oh no! Who’s going to take care of its family?

Customer: Why is there a little spider in my ice cream?

Waiter: I wasn’t able to find a big one.

Customer: I’m sick and tired of you and your food. So, I’m leaving now and I’ll never see you and this place again.

Compere 1: And what are the results of the fourth round?

The fifth round is

V. Famous people in the United Kingdom of Great Britain and Northern Ireland

1.  An English writer best-known for her novel Jane Eyre

3. Who wrote “The Picture of Dorian Gray”

4. Who is the creator of the electronic motor?

5. How many voyages around the world did James Cook make?

Compere 2: These two boys say they would like to be as Beetles. They only start playing the guitar, but the melody is overwhelming, just listen.

Our jury, please give us the results of the fifth round.

The sixth round is

VI. Holidays and traditions in the United Kingdom of Great Britain and Northern Ireland

1. What is the most important festival of Welsh poetry and music?

a) the Edinburgh Festival

b) the Rock festival in Liverpool

2. What is the Scottish national costume for men?

3. What is the most popular drink in Britain?

4. What is the name for New Year’s Eve in Scotland?

d) the evening before New Year

5. What do children usually say at Halloween?

6. Which holiday is usually celebrated on the 5th of November in the UK?

Compere 1: Two charming young ladies will discuss what happened to the  London bridge.

So, what are the results of the sixth round?

The last round is

VII. What do you know about London?

1. What is London residence of Queen Elizabeth II?

a) the Tower of London

2. Where is Nelson’s Column situated?

a) in the Tower of London

b) in Trafalgar Square

4. Piccadilly Circus is the meeting point of ….

5. The changing of the guard happens every day at

6. Where are the tombs of many British kings and queens and other famous people?

a) in the Tower of London

b) on the cemetery

c) on the river bank

Compere 2: Before the winner is announced, please, enjoy the final song.

Now, our respectful jury, will you sum up and announce the results of the competition.

Compere 1: Our brain ring has come to the end and we are thankful to our teams, participants and jury. We wish you all the best. 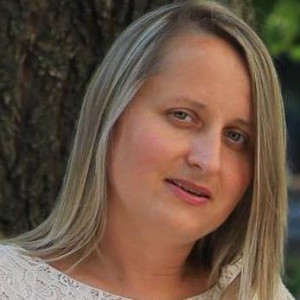