The Meeting Of The Journalists Section Of The School English Club

Good afternoon and welcome to this week’s edition of “Get Acquaintance with the world”!

Today’s agenda is dedicated to UNICEF. In December UNICEF celebrates its birthday.

Why do we touch upon this theme? Because the problems of childhood, children’s health, healthy nutrition, education of children and their leisure time are burning problems all over the world and especially in developing countries.

We start our conference with a short video film. Some screen shots are to your attention. They enlighten the above mentioned challenges.

Slide 1  (the linguist)   What is UNICEF? It’s an abbreviation. The full name is The United Nations International Children’s Emergency Fund.

Slide 2  UNICEF is a part of the United Nations, which works for world peace. It provides long-term humanitarian help to children and mothers in developing countries.

Today’s conference is held to give you some important information about this organization.

A lot of guests take part in our conference. They are: TV presenters, reporters, journalists from popular newspapers and journals and official representatives of UNICEF.

Here in our studio the experts are speaking on behalf of this international organization.

the manager of UNICEF in Ukraine, Goodwill Ambassador, the Media Advisor, the Counsellor and the linguist.

Speaker: So, you are welcome! We start our conference. Please, ask your questions. The officials are ready to answer them.

1-st journalist: Valeria, newspaper “Kyiv Post”. My question is, “What is the main target of this Fund?”

3 slide – (the Chairman)  Well, the main aim of UNICEF is to make sure that children around the world get care and education they need to grow up to be happy and healthy adults. UNICEF believes that children need special care and affection. If children don't receive good care, it can harm them forever.

Speaker: Well, the next question, please.

2-nd journalist: Tetiana, the tabloid “The Evening City”. Our readers are interested in the emblem. It seems to look like the emblem of the United Nations. Is it so?

Speaker: So, we continue. Who is questioning? You, please.

3-rd journalist: Andrew, the managing editor of the journal “World Culture”. I’d like to know when the history of UNICEF started.

5 slide – (the Counsellor) UNICEF was created by the United Nations General Assembly on December 11, 1946 to provide emergency food and healthcare to children in countries devastated by World War II. In 1953 UNICEF became a permanent part of the United Nations System.

Speaker: Be active! What would you like to know?

4-th journalist: Olga, “In Sight” magazine. Who manages your organization?

6 slide - (the Press-secretary) Overall management and administration is at the headquarters in New York. UNICEF's Supply Division is based in Copenhagen and serves for such essential items as vaccines, antiviral and antibacterial medicines for children and mothers with HIV and AIDS, nutritional aids, emergency shelters and educational help.

Speaker: Thanks a lot. I’m sure that UNICEF has awards for its activity. If it is so, what are they?

Slide   -  (the Secretary) Without any doubt for their activity UNICEF was awarded the Nobel Peace Prize in 1965 and the Prince of Asturias Award of Concord in 2006.

What are the main UNICEF projects at the moment?

1. Under Fives. Every year 10 million young children die. 19 000 children die every day from different diseases. We can stop this. We can give children a better start in life – healthy food, a good home and a good school.

2. Child Workers. Many children don’t go to school – they work in factories and plants. They often work 12-14 hours a day. And about 300 000 children in the world are soldiers, some are only 8 years old. This is wrong and we want to stop it.

3. Girls Education. More girls than boys in the world go to school. Some girls don’t get good jobs. Either girls or boys must be equal in getting education. We want more girls in schools.

4. Vaccination. Every year more than 2 million children die from diseases because they haven’t been vaccinated. Vaccinations are not expensive. We give vaccinations to 40% of children in the world, mainly in Africa and Asia.

Well, the first part of the conference has come to the end. Let’s summarize the main historical events of the activity of UNICEF.

Slide 9   ( Press-secretary) They are the following:

After World War II, European children face famine and disease. UNICEF is created in December 1946 to provide food, clothing and health care to them.

1953 UNICEF becomes a permanent part of the UN.

1959 Declaration of the Rights of the Child is adopted.

The UN General Assembly adopts the Declaration of the Rights of the Child, which defines children’s rights to protection, education, health care, shelter and good nutrition.

UNICEF spreads its interests to address the needs of the child. They start with support to teacher training and classroom equipment in independent countries.

1989 Convention on the Rights of the Child

The Convention is adopted by the UN General Assembly. It enters into force in September 1990. It becomes the most widely- and rapidly-accepted human rights treaty in history.

The Global Movement for Children begins mobilizing every citizen of every nation to change and improve children’s lives.

Break: the song “Imagine” (The Beatles)

Speaker: We pass on to the second half of our press conference.

We are going to discuss children’s rights. What are they? Are their any treaties?

I’m the Advisor of UNICEF and my information is about children’s rights.

a child is. UNICEF talks to different countries' government leaders and asks them to support

the children in their country and to value their rights. UNICEF helped design a special treaty called the Convention on the Rights of the Child. This lists the basic human rights of children.

Speaker: A group of children turned up to us to remind everybody which rights the Convention includes.

(the group of children)

The Convention includes such children's rights:

Speaker: It impressed me greatly. We would like to hear one more question. It’s your turn, please!

What qualifies a singer, an actor or an athlete to represent UNICEF? And what good can celebrities really do?

Slide 11  – (Media Advisor) I should say with great pleasure that a lot of well-known celebrities are active in helping children and raise great amounts of money for caring children all round the world.

Celebrities have some clear benefits in certain roles with UNICEF. They attract attention to focus the world’s eyes on the needs of children, both in their own countries and emergency programs abroad. They can use their talents and fame to fundraise and advocate for children and support UNICEF’s mission to ensure every child’s right to health, education, equality and protection.

7-th journalist: the newspaper “Countries and Continents” Let me ask one … oh, some important questions. How many countries are in the list of UNICEF? What about Ukraine? Are we in UNICEF?

Are we active? Do we protect our children? Aren’t we indifferent to children?

slide12  -  (the representative of UNICEF in Ukraine)

I know that all in all UNICEF works in 199 countries. If to speak about Ukraine, UNICEF opened its office in Kyiv in 1997. Since then, the children’s agency has been working to improve the lives of children and families all over Ukraine.

Over the years, UNICEF tries to support the Government of Ukraine to develop health, nutrition, education and protection programs for children. UNICEF advocates for children’s right to participation for the most vulnerable and disadvantaged. Recognizing that the well being of children is closely linked to the situation of their mothers, UNICEF also works to help women in Ukraine to improve their health and education, and protect their rights.

Slide13  UNICEF’s current Country Program of Cooperation with the Government of Ukraine runs from 2012 to 2015 and consists of four programs:

Now all the participants of the conference are going to sing the anthem of UNICEF.

The song “A Day Without War”

Look into the eyes of children orphaned by the war.

Can we sacrifice their tears for goals we’re fighting for?

Just tell me why, one reason why

We fight to make our children cry

Give me day without war, just a day to fight no more

Just a day to stop it all, just one day to change the world.

Give me day to tell the cost of the lives that we have lost.

And to say we’ve have enough making war instead of love!

Look into the eyes of mothers that have lost their sons,

And make them realise the reason why we shoot the guns.

Just tell them why, one reason why

We make them see their children die?

Give me day without war, just a day to fight no more

Just a day to stop it all, just one day to change the world.

Give me day to tell the cost of the lives that we have lost,

And to say we’ve have enough making war instead of love!

Presenter: Thanks a lot for coming to our meeting and being so tolerant and attentive to listen to quite significant information about one of the most important and biggest international organizations in the world UNICEF. 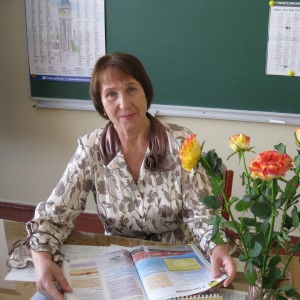