ROBIN HOOD AND THE GOLDEN ARROW

Robin Hood is a legendary hero of English literature. Nobody knows if such a man as Robin Hood really lived. All we know of him comes from ballads. The ballads say that there was a man in the 12-13th centuries called Robin Hood who lived in Sherwood Forest near the town of Nottingham. Robin Hood took money from the rich and gave it to the poor people.

Robin Hood was tall and strong. He could shoot very well. The poor people of England loved him and told many stories about the man.

Many English people knew that Robin Hood was in Sherwood Forest. A lot of poor men joined him there. They made him their leader.

The sheriff of Nottingham wanted to kill Robin Hood. He sent his soldiers to Sherwood Forest many times, but they couldn’t catch Robin Hood.  Then the sheriff decided to organize a shooting competition in the town. The sheriff knew that Robin Hood could shoot very well.  “Robin Hood will come”, he said. “He will take part in the competition and we willl catch him. “The prize was a golden arrow.

Robin Hood called his men and asked them if they wanted to take part in the shooting competition in the town. The men decided that the risk was great, but they wanted to be there.

At the last competition began. The prize was won by a man who was dressed in red. He received the golden arrow and left the field for the competition with his friends. Nobody knew who they were. But it was Robin and his men. As the young men were walking near the sheriff’s house Robin Hood shot an arrow into an open window. There was a paper at the end of arrow with the words:

Robin Hood thanks the sheriff for the Golden Arrow! 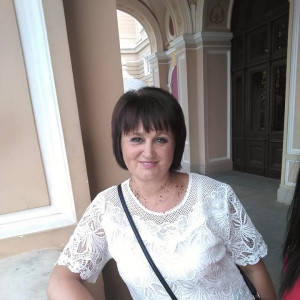