T. Good morning, everybody. I’m glad to see you/ how are you? I hope you’ll have a great time during our lesson and learn a lot of new thinhs.

T. First of all we are going to revise some facts about Great Britain.  Answer my questions.

1. What is the official name of the country?

2. What parts does the country consist of?

3.What is the capital of Great Britain?

4. What is the official language of the country?

5. What flower is the symbol of England?

6. Who is the head of the country?

7. What is the residence of the Queen?

8. How are London buses called?

9. What river does London stand on?

10. What is the most famous bridge in London?

T. Today we have an unusual lesson. The theme of the lesson is “The Sights of Great Britain”. We’ll see and visit a lot of places of interest of this country, get know some facts about them. the aims are to get more information about Great Britain and its beautiful sights and develop listnening, reading, speaking skills.

By the end of the lesson you will

T. At our former lesson you were asked to find the pictures of the famous sights of Great Britain. Let’s make a picture gallery. Hang the pictures on the blackboard. Do you know these places? Hang the cards with the names of these sights under the pictures. So, our gallery is great. And now let’s find out more information about these places.

T. Before we start talking about the sights of Great Britain, let’s learn some new words and geographical names.

an excavation  Stonehenge   Stratford on Avon

3. Only Shakespeare’s plays are ……. in this theatre.

4. The festival is very popular and usually ……. a lot of people.

T. Now we are going to read stories about sights of Great Britain.

Stonehenge is situated about 150 km west of Brighton. It was built almost 4000 years ago. There are 80 stones in this place. Some of them weight more than 5 tons. The stones stand in circles. Some of them are arranged into a horseshoe shape. The scientists consider that Stonehenge was built in order to calculate the annual calendar and seasons.

Windsor Castle is located in the city of Windsor in southern England. It is the residence of the British Royal Family. The castle was built in 1070 by William the Conqueror. This is a big and beautiful place with a lot of parks, lakes and chapels.

Hadrian’s Wall was built by the Romans more than 1800 years ago. You can still walk along some parts of the wall and see excavations of the many Romans forts. This wall ran across the North of England from coast to coast.

Edinburgh is the capital of Scotland and one of Europe’s finest cities. “The Edinburgh Festival” is the best known cultural festival in Britain. There is an impressive programme of music and theatres, some of them take place just in the streets.

Cardiff is the capital of Wales and its main port. Cardiff is also a tourist centre. There are some places of interest there:  the Castle, National Museum of Wales, New Theatre, Welsh Folk Museum. The Welsh people love singing. That’s why Wales is sometimes called “the land of songs”. One of Welsh traditions is festivals. Song festivals are very popular and usually gather a lot of people.

T. Let’s read these stories. Now you’ll listen to the sentences about the sights of Great Britain and your task is to correct the mistakes.

1. Stonehenge is situated to the north (west) of Brighton.

2. Hadrian’s Wall was built by the Americans (Romans).

5. Edinburgh is famous for its university (festival).

T. You’ve done this work very well. And now you’ll do another assignment. Look at the pictures (on the blackboard), name the sight and describe it with one or two sentences using information we have just read.

Picture.1 This is  Windsor Castle. This place is the residence of the Royal British Family.

Picture. 2 It’s Stratford-upon-Avon. This is the birthplace of William Shakespeare.

Picture. 3 This is Stonehenge. It is a place which was built more than 4000 years ago.

Picture. 4 This is Edinburgh. This is the city where a great festival of music and theatre take place.

Picture. 5 It’s Hadrian’s Wall. This place ran across the North of England from coast to coast.

Picture. 6 This is  Cardiff. This city is a big port and a tourist centre.

T. So, we have spoken about different sights of Great Britain. What sights were you impressed most of  all? Why? At home you were asked to prepare your own stories about these sights. Let’s listen to them. Show you presentations and tell stories.

Pupil 1. Personally I was impressed by Stonehenge. It is such a huge monument. It is well known not only in Great Britain but all over the world. Two types of stones were used to build Stonehenge. It took at least 30 million hours of labour to build it. Some people believe that Stonehenge is actually a giant clock.

Pupil 2. I think Windsor Castle is one of the greatest English castles. It is the oldest Royal residence in Britain. It is also a popular hunting ground for kings. The castle contains 1,000 rooms and occupies 13 acres of land. The Queen uses the castle both as a private home, where she usually spends the weekend, and as a Royal residence.

Pupil 3. I think it is necessary to say that Stratford-upon-Avon is a famous town, because a great British writer William Shakespeare was born there. Now it is one of the most popular tourists centres. Every year a lot of people come to Stratford-upon-Avon for the Festival season which lasts from April to September.

Pupil 4. To my mind the best sight of Great Britain is Hadrian’s Wall. It reaches from sea to sea across northern England for 73 miles. Emperor Hadrian built the wall as the boundary of the Roman Empire. The wall is now owned by the National trust, and is still in fairly good condition.

Pupil 5. Speaking about Edinburgh there is no doubt it is a wonderful city. it is a capital of Scotland. the heart of Edinburgh is the thousand-year-old castle, where the kings of Scotland lived for centuries. Edinburgh has a busy cultural life. Every year in August, the international Festival takes place there.

Pupil 6. As for me, the best place to visit is Cardiff. It is the largest city of Wales. in 1955 it was proclaimed the capital of Wales. Cardiff castle is a major tourist attraction in the city. and it is situated in the heart of the city centre.

T. As you can see we have learnt a lot of amazing  facts the places of interest of Great Britain. But there is one more place everyone would like to visit. Let’s try to guess it.  This place is called the natural wonder. British people like riding bikes and boating there. This is the largest national park in Great Britain. Of course, it is the Lake District. Listen to the story about it.

The Lake District is the largest national park in Britain. The Lake District National Park is situated in the North West of England. The total area of the park is about 885 square miles (2,292 km2). This park was opened in 1951. It is popular with walkers, cyclists and people who go boating. It is one of the most beautiful and attractive places in the country. It has Windermere, the longest lake in England, Wast Water (England's deepest lake)   and Scafell Pike, the highest mountain in

In 1810, William Wordsworth described the beauty of the Lake District in his poems. The works of Wordsworth and other romantic poets attracted visitors to the lakes. And now the Lake District is one of the most popular tourists places in Britain. Here you can enjoy fishing in the rivers and lakes, boating on the quiet waters or walking and cycling along the shores of the lakes. There’s something for everyone.

Match the parts of the sentences. Робота в парах.

T. Now you’ll watch a short  video about this beautiful place. You’ll see wonderful landscapes, blue lakes, green hills and mountains. Your task is to count the number of the lakes in this National Park.

T. So, how many lakes are there in this   National Park?

T. Yes, you are right. You were very attentive. Did you like the nature of the Lake District? What can you tell me about this place?

T. Let’s sum up the results of our lesson. Name all the sights of Great Britain we have spoken about during the lesson. What task was the most interesting for you? What about the most difficult task? What place would you like to visit? Why?

T. Our lesson comes to the end and your hometask will be to find some information about one of the lakes of the National Park the  Lake District.

Thank you for you work. Good-bye. 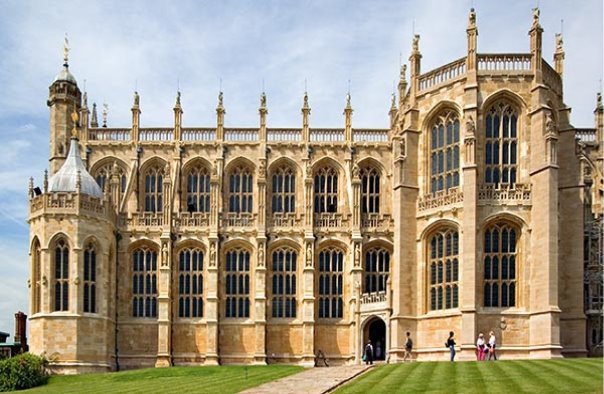 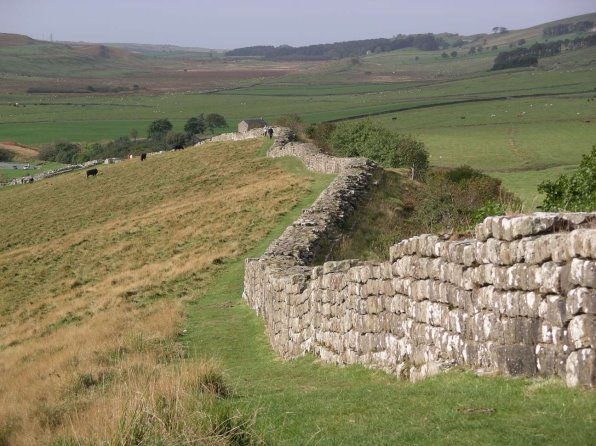 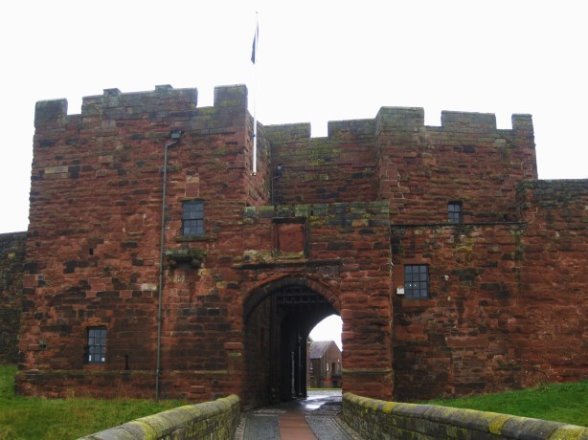 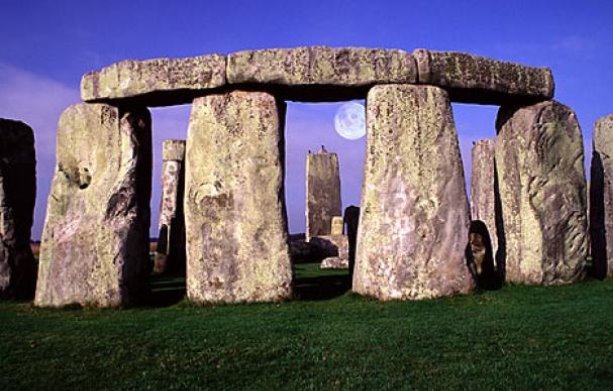 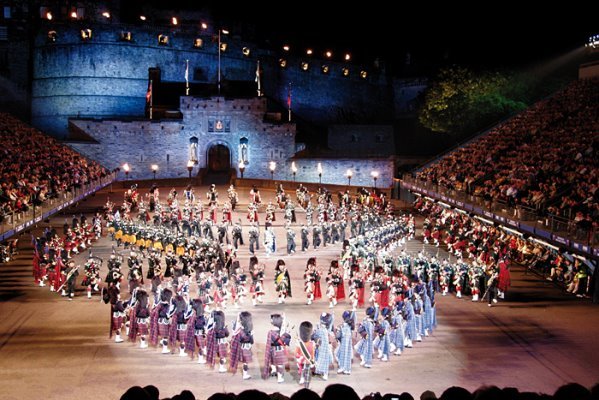 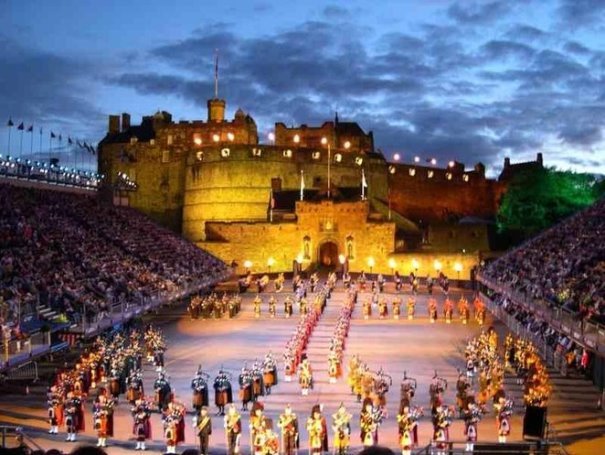 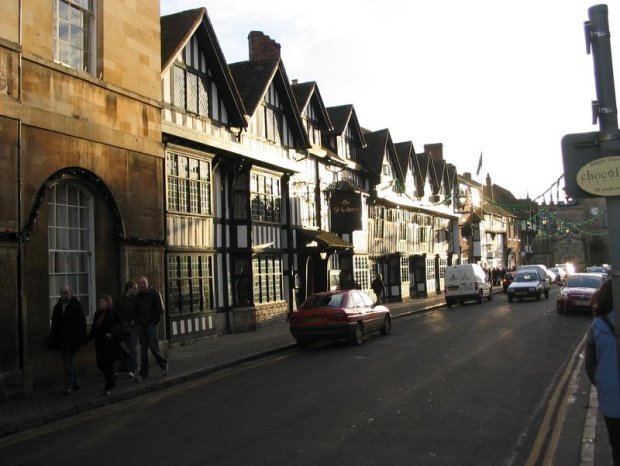 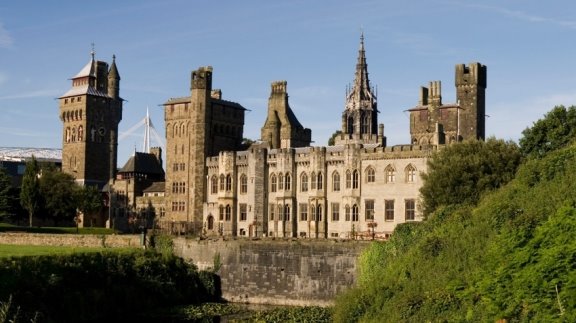 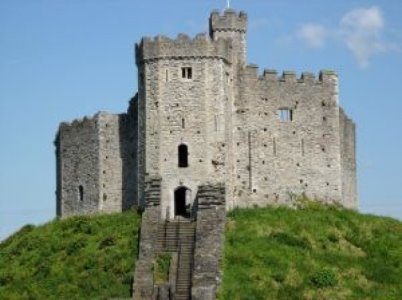