I. Make sentences using the table.

II. Fill in the table with the names of programs of these genres.

1 What is your favorite film genre?

2 How much time do you spend in front of the screen every day?

3 Do you often watch news?

4 Who watches soap operas in your family?

5 Do you have your favorite commercial?

IV. Read the short review and complete the sentences after the text using the information from it. 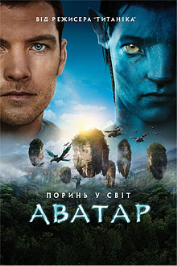 Avatar is the first True 3D Experience Movie a must watch science fiction recommended for almost every age factors. The film is dramatic feature movie from Academy Awarded winning Titanic and famous Terminator director James Cameron. Cameron and his legion of computer technicians and craftspeople have designed a breathtaking world with fluorescent fauna and creatures. I absolutely love this film along with the effects and digital surround sound is too good.

The main character Jake Sally ( Sam Worthinghon ), a war paraplegic veteran who gets to the depth of the space to pick up the job of his murdered twin brother for the scientific arm of a megacorporation looking to mine the planet of Pandora for a valued ore. Unfortunately the biggest deposit of the substance lies underneath the home of the Na’vi, a ten-foot-tall, blue –skinned native tribe who have been at war with the security arm of the company. Since Jake’s brother already had incredibly expensive Avatar grown for him, he is able to connect with it using the same DNA code and experience the first-hand joy of Pandora while giving the scientific team, led by grace Augustine (Sigourney Weaver), some well-needed protection against the planet’s more hostile forces. The main hero finds a new life on the distant planet only to find himself battling humankind alongside the planet’s indigenous Na’vi race in this ambitious epic. Jake endeavors to “ win the hearts and minds “ of the indigenous Pandorans to change their attitude to him. Another issue raised in the movie is living in harmony with the natural environment.

Avatar for me was one of the best films to come out of 2009. The graphics are fantastic, everything is so real. Avatar is a film experience that will be remembered for years to come. J. Cameron has succeeded once more again in creating a wonderful entertaining film with the perfect balance between love, action and mild comedy. In addition to this, the director has taken another step in upgrading the way we watch films in the future. If you have not seen Avatar … what are you waiting for?

Write your own film review using the plan below.

2. What happens in a film? Tell the story. Who are the characters?

4. Recommend/ do not recommend.

II. Look through the information about the film and read the dialogue about it.

III. Write your own similar dialogue.

1. Do you prefer to watch films at the cinema or on DVD at home? Why?

2. If you watch a film at the cinema where do you usually sit in the auditorium? Is it far or near the screen?

3. What seats are the most expensive/ the cheapest in the auditorium?

4. Do you like the idea of eating at the cinema?

5. Do you remember your last visit to the cinema? What did you watch?

7. Do you have a favorite actor/ actress? What films is he/she staring in?

V. read the review and complete it with the words from the box.

It was produced with the working title of Shrek 3. Like the first two Shrek films, the movie is significantly 5)______ ______ fairy tale (specifically Grimm’s fairy Tales) theme.

The 6)______ begins with Prince Charming, on the toilet. After being heckled by the 7)______ and returning to his dressing room. Charming complains that he hasn’t gotten his “happily ever after” and that just isn’t fair. Meanwhile, King Harold has fallen ill in Far Far Away and his ogre son-in-law Shrek has been summoned to take his place for a few days. Shrek has difficulties looking or acting the part of being the new King. He tells his wife Fiona how much he is looking forward to going back to their 8)______, just the two of them. Fiona hits that she will have children.

King Harold is soon on his deathbed. With the final breath, he tells Shrek that there is one other heir who can become the new 9)______ of Far Far Away: his nephew, Arthur Pendragon. Prince Charming sees this as a 10)______ to usurp the throne. Shrek sets out to find Arthur, along with Donkey and Puss in Boots.

The story ends a few months later, with Shrek and Fiona back to their swamp, now parents to ogre 11) ______ and Shrek begins to feel like a good father.