Hangman: The old favorite.  Very good for reviewing vocab from past lessons.

A snake:  Teacher starts by saying a word, then the S to the T's right must make a word that starts with the last letter of the word that the teacher said (e.g. bus --- steak --- key --- yellow --- etc.).  Continue around the circle until someone makes a mistake.

Make Words Game: Write a few random letters on the board.  Have the students work in pairs/small groups to make up as many words from the letters as possible (e.g. letters: g, h, a, t, p, e, c.  Possible words: cat, peg, tea, hat, get, etc.).  The team with the most words is the winner.

Number Group Game: Play some music and have your students walk around the classroom.  Stop the music suddenly and call out a number (up to the number of students in your class).  The students must quickly get together in a group of that number.  Any students who didn't make it sit out until the next round.

Simon Says: A good review for body parts ("Simon says touch your knees").  You could change Simon to your name to avoid confusion.  When teacher says a sentence without the word "Simon" (e.g. "Touch your knees") then students shouldn't follow that instruction.  If a S makes a mistake s/he has to sit out until the next round.

Spin the Bottle: Sit students in a circle with a bottle in the middle.  Teacher spins the bottle.  When it stops spinning the S it is pointing to has to answer a question.  If the answer is correct then that S can spin the bottle.  This is a good class warm up activity.

How many doors are there in the school?

How many teachers are there in the school in this moment?

How many plants are there in the hall?

How many tables are there in the classroom?, etc

Touch: Have students run around the classroom touching things that teacher orders them to do (e.g. "Touch the table" "Touch a chair" "Touch your bag").  Colors work well for this, as students can touch anything of that color (e.g. "Touch something green").

Unscramble: Write a word on the board that has all its letters mixed up (e.g. "lrocsmaos" = "classroom").  Students have to unscramble the word.  This works well in a team game.  Variation: use letter blocks / letter shapes instead of writing on the board.

Who Am I? makes an excellent ice-breaker, as the game can take as little as ten to fifteen minutes. If players take turns, the game lasts longer. We have provided a list of Who Am I? game questions and Who Am I? Names for your playing convenience. Playing a guess who I am game makes any party or get-together more fun. Players may ask any question that can be answered by Yes or No. Play is more fun and proceeds at a steadier pace if the questions are like the following:

Are you a male (female)?

Are you an entertainer?

Are you a singer (dancer, actor)?

Are you a historical figure?

Are you young (old)?

Are you alive now?

Are you considered beautiful (handsome)?

Crocodile. Children gave to show the picture with mims and gestures/

Spelling Bee is a competition in which contestants are asked to spell a broad selection of words, usually with a varying degree of difficulty. To compete, contestants must memorize the spellings of words as written in dictionaries, and recite them accordingly.

Word Association is a common word game involving an exchange of words that are associated together.

Divide the class into two teams each standing in line at the board.

Give them a topic like food and drink, sports, countries etc (they must be very large lexical sets).

Two Truths and a Lie is a classic get-to-know-you icebreaker game. Players tell two truths and one lie (in any order). The paper is divided into several parts, pupils have to make the correct order.

EDIBLE – INEDIBLE- Players stand in a circle. One of them the ball. Calling any subject, he also throws the ball to any player. If was called edible object, the ball must be caught, if inedible, it is impossible to catch. If a player makes a mistake (catches the ball, called inedible), they are eliminated from the game.

Pictionary. Create a list of vocabulary terms or concepts relevant to the current topic or unit.  Divide your class into groups of three or four students. Send. Send one student from each group to the front of the room to get the first word or concept from you. Draw. 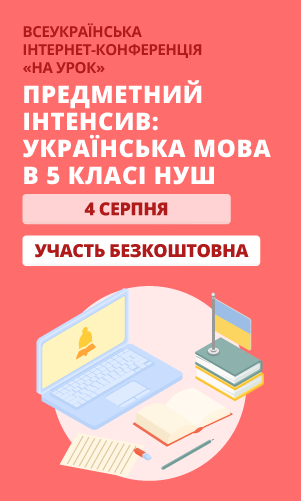