AN ARAB AND HIS SONS

Far to the East there lived in old days an Arab who had three sons, whom he dearly loved. He had seventeen beautiful horses whom he loved.

One day the old man became very ill. Feeling that the end was near, he called his sons to give one - half of his horses, to the second son - one third, and to the youngest - one-ninth.

"I also want to do what my father wanted us to. But what is one ninth of seventeen horses?"

At that time an old man came riding on a horse. "May be he can tell us", they said hopefully. They told their story to him.

The man began to think. Several minutes passed before he spoke. At last he said, "Take my horse and there will be eighteen".

They did so. The elder son took one half of the horses. Then the second son called the horses, which he loved best, and the six animals came running to him. And the youngest son took two horses. The sons said lo the man: "You divided the horses wonderfully. Say what you want us to give you for it".

"I shall take all the horses that are left", said the old man and he rode away with his own horse.

Task 1. Say if the sentences are true or false (T/F)

1) An Arab had four sons whom he dearly loved.

2) He had seventeen beautiful horses whom he loved greatly.

3) One day he called his youngest son to give him the horses.

5) The old man agreed to help the young Arabs because he wanted to get a few horses from them.

6) The old man came riding on a horse.

6.  How many horses did he give to his elder son?

Task 4. Retell the text in 10-12 sentences using the reported speech.

It was like a fairy-tale when the beautiful young girl married the Prince and become the Princess of Wales. Unlike a fairy tale, the happiness soon ended, but Diana is still The Peoples Princess.

Diana Frances Spencer was born on 1st July, 1961, in Norfolk, England. Her father was Earl Spencer. She had two older sisters and a younger brother. Her parents died when she was a young girl. As a child Diana studied in a boarding school in Kent. She completed her education in Switzerland. When she returned to England she worked as a nanny.

Diana married Prince Charles in July, 1981, at St. Paul’s Cathedral in London. People all around the world watched her wedding on television. Diana and Charles had two sons, William and Harry. Diana was very popular. The British loved her for her kindness and beauty. They called her “The Peoples Princess” because she cared so much sick and poor people all over the world. She once said: “I see myself as a princess for the whole world, not the Princess of Wales.” reporters were always around her. She was their favourite person.

But Diana’s life was not as happy as it appeared. She and Charles had problems with their marriage. They finally divorced in August, 1996.

Dianna continued to travel round the world and helped those in need. But her life was short. She died in a car accident on 31st August, 1997, in Paris. She was only thirty-six.

I. Match the headings to the paragraphs

1. Everyone Loved Her   Paragraph 1

1Where and when was Diana was born?

2Where did she studied?

3When and where did she marry Prince Charles?

4 How many children did they have?

5 Why was she popular?

6 Was her life as happy as it appeared?

III. Complete the table. Then, about Diana , as in the example.

IV. Do you agree with statement that Diana was “The People’s Princess”? Write 5- 10 sentences about your attitude to Diana Spencer.

I. Choose the correct answer.

1.Can I end a parcel from here?

2. Is the man standing here your uncle?

3. Ukraine doesn’t border on Afghanistan, does it?

II. Fill in the blanks to complete the conversation.

M.: Are you fond of football?

M.: Whom do you support?

M.: So do I. By the way, what was the score of yesterday’s game?

III.  Make up questions to interview our classmates.

IV. Speak on such topics:

“The world of cinema and theatre”

4. The film is directed by Steven Spielberg ,  ?

6. The seats feature special props for drinks and popcorn,    ?

During the interval everybody discussed the actors’ play, the scenery and the music.

“The world of cinema and theatre”

1. A story about a girl with extraordinary powers.,   ?

II. Put the verbs in brackets into the correct tense form: The Present Perfect Continuous

IV. Write about your friend’s favourite kinds of sport.

I always play chess with my dad after schools.

IV. Write about your favourite kinds of sport.

II. Put the verbs in brackets into the correct tense form.

IIV. Write about the place of interest you would like to visit in London.

IV. Write about the place of interest you would like to visit in London.

Maidan Nezalezhnosti is the place where people of Ukraine can share the days of sunshine and shadow.

IIV. Write about the place of interest you would like to visit in London.

IV. Write about the place of interest you would like to visit in London.

I. Match the parts of the sentences.

II. Infinitive. Use particle “to” where necessary.

1) She … translate the article into Russian.

6) I … easily carry this bag to the station.

IV. Imagine, you are writing a letter to your American pen-friend, tell him (her) about your favourite film or play. 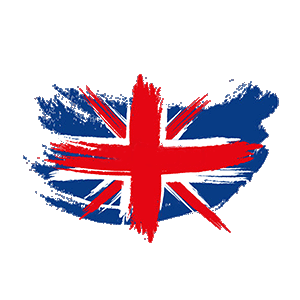