- Good afternoon! I am glad to see you here! Today we are going to speak about different kinds of sport that help you to stay fit and healthy! We will have a team game  to check whether you are fond of sport or not. You should divide into two teams. So, the teams are ready, we shall start. By the way, how should we call our teams? Let’s think up a name for each of them. That’s great! We begin.

At the screen you see 12 tasks, you may choose any you like.

1. Guess the kind of sport I am describing.

1) This game is played on a court with a large orange ball. There are five players in each team. Two teams try to score goals by throwing a ball through a net fixed to a metal ring at each end of court. The players bounce the ball while running, and pass it to each other. The team with the most points wins. (Basketball)

2) It’s a game between two teams and is played on a field with a bat and a small white ball. Each team consists of nine players. The teams take turns playing in the field and batting the ball. The game has nine innings. (Baseball)

3) It’s a game played between two teams of eleven players. Players kick a ball around a field trying to score a goal. The team with the most points wins. This game is very popular in our country and all over the world. (Football)

4) It’s a game of two players. Each of them starts with sixteen different playing pieces to move on a board. The aim is to move your pieces so that your opponent’s king will be taken. (Chess)

5) A game where two or four players try to hit a small rounded object which has feathers on one end to the other side of a net using a racquet. (Badminton)

6) A game played by two teams in which players try to score points by either carrying a ball to their opponent’s end of the field or kicking it between two posts. (Rugby)

2. Find the odd word, only one in each line.

4. Put the letters in order.

5. Tell about your favourite sport according to the plan.

6. Make as many words as possible from the letters of the word HORSERACING.

7. Match the beginning of the proverb with its end. Translate them.

8. Match the name of the sportsman with the kind of sport he is doing. (Приложение 2)

9. Say in what sport this equipment is used?

10. Listen to a song, say what sports were mentioned there?(SB pSS4, sport song)

- Thanks a lot for participating in our competition! We congratulate the winners! Then good bye, have a nice day!

1) Let's start with the first Olympic games, which were held way back in 776 BC in Olympia, Greece. Which Greek god were they held in honor of?

The first Olympic games were held in honor of Zeus.

2) Which of the following sports has not been an event at the Summer Olympics?

Roller hockey has never been an event at the Summer Olympics. The Tug-Of-War event was last held in 1920. Croquet and pigeon shooting were only at the Olympics once - at the 1900 Olympics in Paris.

3) The Olympic flag was introduced in 1896. What do the five rings on the flag symbolize?

The five rings on the Olympic flag symbolize the union of the five continents and the meeting of the athletes of the world at the Olympic Games.

4) Which five events are part of the Modern Pentathlon at the Olympics?

5) What does the Olympic Motto "Citius, Altius, Fortius" mean?

Ali dubbed himself "The Greatest" and no one can really challenge him for that title. His famous quote of "Float like a butterfly, sting like a bee" will forever live on in boxing history.

‘Pele’ is widely regarded as the greatest footballer ever to have played the game. During his illustrious career he became known as the ‘King of Football’ and remains the all-time top scorer in the history of the Brazilian national team.

Quite simply the best golfer ever. His talent evident from a ridiculously young age. He once shot a round of 48 over nine holes (that's between 5 and 6 strokes a hole). That's rubbish you shout! Until you realise he did it age 3! At age 26 now he is the youngest player ever to win all 5 major tournaments and surely has more to give.

In a career that spanned 17 years, Lewis won 9 Olympic gold medals and 8 World Championship gold medals. His lifetime of accomplishments have seen him voted as "Sportsman of the century" and "Olympian of the Century".

Jordon was more than just a sportsman, (no not talking about the movie career). Easily the first person that comes to mind when basketball is mentioned. He won 6 MVP (Most Valuable Player) awards in his career and has the highest points per game average in NBA history.

The gymnast who pratically revolutionised her sport when she came in as a last minute replacement for an injured team mate at the 1972 Munich Olympics at the age of 17. She won both the beam and the floor and helped her team to gold in the team event. She led the way for a new generation of gymnasts of a smaller and more acrobatic ilk.

According to the official Formula 1 site, he is "statistically the greatest driver the sport has ever seen" and few could argue with that, winning five consecutive championships with Ferrari.

A 9 time surfing world champion including 5 consecutive titles, put Slater in the elite of his sport. Not to mention he is also the youngest (at age 20) and the oldest (at age 36) to win the ASP title. 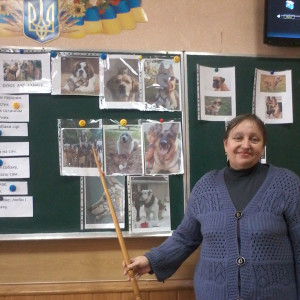