A room in house.

Where is Cinderella? I don’t see her. I wonder what she is doing?

(She sees Cinderella sitting down.) Cinderella, what are you doing

Cinderella: I was only having a little rest.

Stepmother:     A rest indeed What do you think I feed and clothe you for? Just to

rest? Now get on with your work and don’t dare to rest.

I feel so cold! Bring some more coal!

Hurry up!  The fire’s nearly out.

(Cinderella comes in, carrying a heavy ducked.  She begins to put the coal into the fire. )

That’s enough! Now go and get my woolly slippers.

(Cinderella goes out and returns with the slippers.)

Well, put them on, stupid! Don’t stand there, holding them!

The Second Sister: Get me a shawl, Cinderella! I feel cold!

(Cinderella goes out and returns with the shawl.)

Put it round my shoulders!

Working away all the day!

She used to wear dresses

So dainty and sweet,

But now she wear raqs,

And no shoes on her feet;

She used to be happy –

As happy could be,

But now she is sad,

Now in a town, not far away, was the palace where

Lived the King, the Queen and their only son. One

day the King decided to give a grand ball. All the

lords and ladies were invited to the ball, so that the

Prince could choose one of the ladies to be his wife.

Cinderella’s stepmother was one of the first to hear

Daughters, come here!  I have such wonderful news!

What is it, Mother?

The King is giving a ball!

Yes, al the ladies in the land are invited.

Oh Mother will we be invited?

Yes, of course, we will.

Will I be invited, too?

Well, Stepmother said all the ladies in the land will be invited.

Ladies, stupid, not kitchen-maids! And you have no right to

listen to anything I say. (She leads away her daughters.) Come,

daughters, we’ll  go and talk somewhere else. (They go out.)

Give this to your mistress! (Goes away.)

Give it to me! It’s the invitation to the ball.

Daughters! (They run to her.) Look! The invitation to the ball!

Stepmother (opening the invitation and reading it):

«The King invites you to a ball, where his son, the Prince, will

choose a lady to be his wife.»

Do you think, the Prince might choose you for his wife?

Ha-ha-ha! (To her daughters.)  Come, daughters, we must try

I will wear my yellow satin.

I will wear my red velvet.

Themselves beautiful. Cinderella’s stepmother and her

stepsisters were busiest of all.

Cinderella, help me to put on my dress.

Cinderella, get my fan! Not that one. And hurry, the coach will be here

Oh, look at my shoes! Polish them, Cinderella!

Cinderella, get my gloves! Quickly! I hear the coach!

(The stepmother and the sisters drove away. Cinderella is alone.)

I`m so tired. Now I can rest for a little.

(She sits down and falls asleep. The Fairy comes in.)

Cinderella: Oh, who are you?

Cinderella: Oh, yes, but I have no dress to wear, no shoes, no coach.

(The Fairy touches each, in turn, with her wand.)

(The Fairy touches it with her stick.)

Cinderella: Oh, what a wonderful coach!

Cinderella: Come, little frogs! (The frogs jump towards Cinderella and the Fairy touches them with her wand.) Oh, a coachman and a footman!

Cinderella: But my dress. It`s in rags. And look at my feet. I have no shoes.

(The Fairy touches the girl with her stick.)

Cinderella: Oh, Fairy, is this really me? A satin dress, silk stockings, sable

Cinderella:  Oh, yes. How can I thank you?

midnight, for on the last stroke of twelve, your coach and horses, your

coachman, your footman will all change back, and you will be a poor

A ball-room at the palace.

Narrator:     Cinderella jumped into the coach and drove to the palace. The Prince

himself helped her out of the carriage and led her to the ball-room.

Lords and Ladies (one after another):

Look! Who is she? She is so beautiful. Her eyes are like stars. And

look at her lips. Have you ever seen such a sweet smile?

Prince ( bowing ): Will you dance with me, dear girl?

Narrator:  The Prince danced with Cinderella all time. She as so charming and

Cinderella:   Thank you, Your Royal Highness. You are so kind.

(The prince goes away. The clock begins to strike midnight.)

Twelve o’clock! I must go!

(She runs forward and trips.)

Oh, my slipper, I`ve lost my slipper. But I can`t wait to look for it. I

Narrator:      And as Cinderella ran home, the Prince returned to the ball-room

with the glass of wine.

what shall I do?

(He goes up to the King) Father, the girl has disappeared!

(He goes away and then returned with the slipper)

Your Majesty, I didn`t find the girl, but this slipper was found upon

(The Prince takes the slipper.)

Narrator:     The sight of the little sable slipper made the Prince so sad that he

couldn`t speak. When the King and the Queen, feeling tired, left the

ball-room, he left too, and soon, everybody went home. The next day

the Prince was sadder than ever.

(The Page goes up to the King.)

(The Messenger goes up to the King)

King (giving him the slipper):

Carry this slipper throughout the land and let every unmarried lady

try it on. The Prince will marry the one whom it fits.

The same room in the house as in Scene 1.

Narrator:       And every unmarried lady in the land tried on the slipper. It

was the ugly sisrers` turn.

Stepmother:   Come along, daughters! Put on the slipper!

The First Sister (to the Messenger):

Put it on, boy! Quickly!

(The Messenger tries to put it on, but she pushed him away.)

Get out of my way!

The Second Sister:  I`ll get it on!

Stepmother:   Yes, let me help you, my love.

(She takes the slipper and holds it while her daughter pushes with all her might.)

Stepmother ( to the Messenger):

Take your slipper! It`s too small for anyone to wear.

Cinderella (coming in): May I try it on?

She is a kitchen-maid.

(to Cinderella): Do you think the Prince would like to marry you?

Messenger:  She must try on the slipper too! It`s the King`s order.

Stepmother:    All right. Let her the slipper on her clumsy foot!

(The Messenger puts the slipper onto Cinderella`s foot with the greatest ease. Then Cinderella takes the second slipper out of her pocket and puts it on her other foot.)

Messenger:  Oh, I have found the girl! I must go and tell the Prince.

(The Fairy came into the room and, touching Cinderella`s rags with her wand, turned them into a wonderful dress.)

Narrator:       The coach was at the door and Cinderella drove up to the Palace.

The Prince was happy to see her. They were married and lived

happily for the rest of their lives. 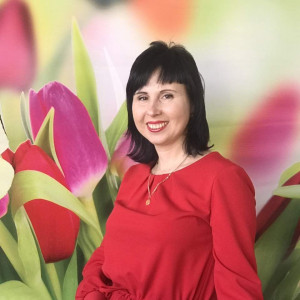