Good morning, boys and girls. I’m glad to see you. Today we’ll speak about sport, different kinds of sports. We’ll know many interesting things about the Olympic Games and its history.

Teacher: I would like you to find more countries. Do the task on the sheets of paper. You have 4 minutes to do the task.

1. Disabled athletes from all over the world compete in ... sports.

5. These athletes will... our country in the next Olympic Games.

7. They couldn’t... the torch because the matches were wet.

10. The long flight... the Atlantic Ocean was successful.

Listen to the text and do the task.

The first official Olympic mascot was created for the Summer Games in Munich in 1972. Olympic mascots help Olympic spirit spread everywhere, introduce the history and culture of the host city and give the event a festive atmosphere.

More than 100 designers, artists and agencies took part in a competition in 2008, where Wenlock and Mandeville, the mascots for the London 2012 Summer Olympic and Paralympic Games, were chosen. Wenlock takes his name from the town of Much Wenlock in Shropshirein England, which still hosts the traditional Much Wenlock Games. Mandeville, the Paralympic mascot, was named after the Stoke Mandeville Hospital in Buckinghamshire, the birthplace of the Stoke Mandeville Games, the forerunner of today’s Paralympic Games.

Wenlock and Mandeville’s metallic look is explained by the fact that they were made from the last drops of steel used to build the Olympic Stadium in London to reflect the appearances and personalities of people they meet. The shape of Wen- lock’s forehead is identical to that of the Olympic Stadium roof. His eye is the lens of a camera, filming everything he sees. Mandeville’s eye is a camera as well and the yellow light on the mascot’s forehead is reminiscent of a London Taxi.

Say if the following statements true or false.

4. Both mascots originate from the name of the same place.

6. The mascots have got one eye each.

Ask each student to draw 4 4 squares and put the following sports in each box in any order. When everyone has prepared their squares, call out the words in any order. Each student puts a cross through the word as it is called out. The winner is the first person to get a line of crosses vertically, horizontally or diagonally.

1. A game with a white ball and two goals.

4. А place where you can play tennis.

7. A place where you can go ice-skating.

9. A game when you should only think not run or jump.

10. A style of fighting from the Far East, in which you kick and hit with your hands.

11. The sport of fighting with a long thin sword.

12. Wind is necessary for this sport.

14. A person who rides horses in races.

16. A person who runs fast over short distances.

Teacher: Do the task: guess the word under number 9. 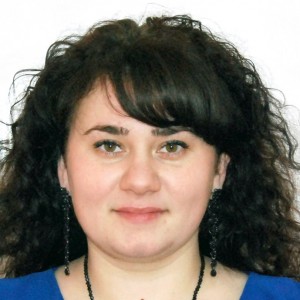