How are you today?

We are fine, thank you.

T: Today we are going to speak about sights of London. You’ll remember what you already know on this topic and learn some new information on the topic.

London is a busy town,

A capital with a queen and crown,

With a huge glass wheel called the London Eye,

And a big brick clock called the Big Ben by,

A stone made statue of Napoleоn,

And a football stadium with tickets to earn,

With a huge bargain signs,

And a big choice of businesses of all the kinds,

Who lives on Downing street in London town,

A huge range of schools for children here,

And restaurants or cafes or pubs if you want beer,

An oriental place with shops to buy. 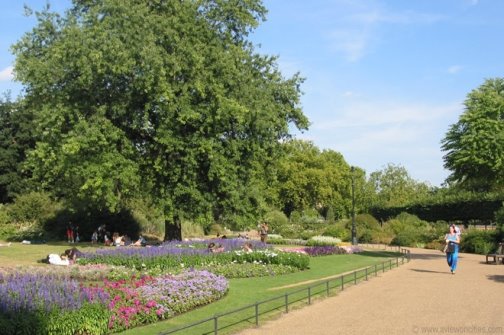 Hyde Park, which opened to the public in 1637, is the largest of several royal parks in London that are connected to each other, forming one large green lung in the center of the city. The park is famous for its Speakers' Corner.

The other parks are the neighboring Kensington Gardens, Green Park and St. James's Park. Hyde Park covers more than 360 acres (142 hectares) and hosts many large events, including celebrations and concerts. It is also a popular place for jogging, swimming, rowing, picnicking and even horse riding.

The Clock Tower of the Palace of Westminster - officially named Saint Stephen's Tower - is commonly known as the Big Ben. The tower is one of London's most famous landmarks.

The clock inside the tower was the world's largest when it was installed in the middle of the nineteenth century. The name Big Ben actually refers to the clock's hour bell, the largest of the clock's five bells. The other four are used as quarter bells.

There were two bells cast as the clock tower's hour bell. A first, sixteen ton weighing bell was cast by John Warner and Sons in 1856. Since the Clock Tower was not yet completed, the bell was hung temporarily in the Palace Yard. The bell soon cracked so it was recast in 1858 in the Whitechapel Bell Foundry as a 13.5 ton bell. Unfortunately soon after this bell was placed in the belfry in July 1859, it cracked as well. This time, instead of yet again recasting the bell, the crack was repaired and a lighter hammer was used to prevent any more cracks. 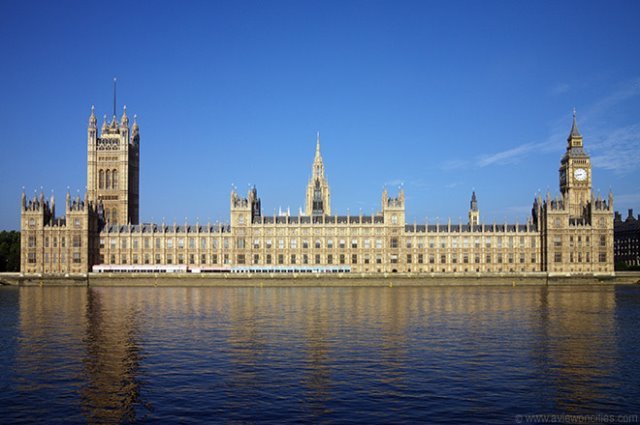 The Houses of Parliament, also known as the Palace of Westminster, is the seat of the two parliamentary houses of the United Kingdom: the House of Lords and the House of Commons.

The most famous feature of the Houses of Parliament is its clock tower, known as Big Ben.

In the middle of the eleventh century, King Edward the Confessor had moved his court to the Palace of Westminster, situated on a central site near the river Thames. In 1265 a parliament was created with two houses: the Lords and the Commons.

After King Henry VIII moved his court to Whitehall Palace in 1530, the House of Lords continued to meet in Westminster. In 1547 the House of Commons also moved here, confirming Westminster as the central seat of government, a position it still holds today. 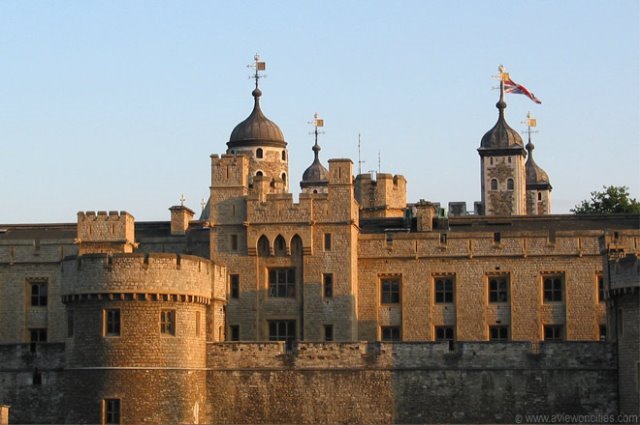 The Tower of London was built at the beginning of the eleventh century by William the conqueror. The tower was expanded during the thirteenth century into the fortified complex that we know today. The Tower's most popular attraction is its famous collection of Crown Jewels.

Construction of the Tower of London was initiated in 1070 by William the Conqueror, shortly after his victory at Hastings in 1066. The Tower was built to enforce the power of the Norman king over the newly conquered land.
The fortress, strategically located at the Thames, was originally not more than a temporary wooden building which was replaced later by the White Tower. Over time the complex was expanded into a stronghold with about twenty towers.
Today the Tower of London is best known for its Crown Jewels, but it used to be notorious for the many political opponents of the kings that were locked, tortured and killed in the Tower. The Tower was also a royal residence: several kings lived here, especially during turbulent times when the donjon seemed a lot safer than the palace in Westminster. 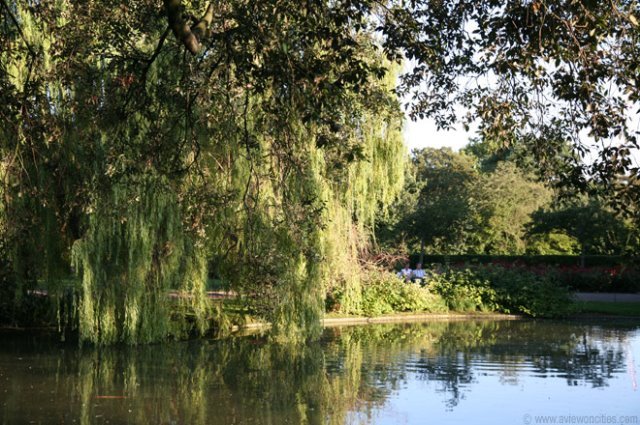 Part of London since the days of Henry VIII, Regent's Park is one of the largest green areas in the city and home to a variety of attractions. The park is bordered by grand 19th century buildings designed in the so-called Regency architecture.

The area that would later be known as London's Regent's Park was first appropriated in 1538 by King Henry VIII to be used as hunting grounds. Originally called Marylebone Park, it remained a "royal chase" until 1646 after which it was mainly used as farmland.

In 1811, famed architect John Nash added his magic touch, at the request of the Prince Regent, and made the park into what it is today. With 166 hectares to design, Nash had huge plans for Regent's Park. Round in shape, the park would have a canal, lake, and fifty-six planned villas, though just eight were built and only two remain -St. John's Lodge and The Holme. 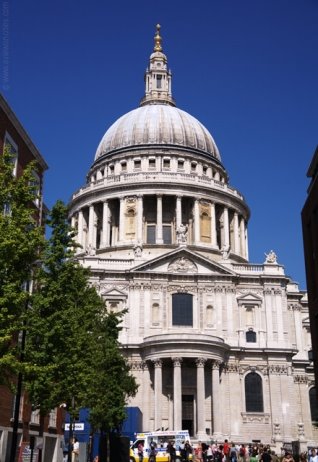 The majestic St. Paul's Cathedral was built by Christopher Wren between 1675 and 1711. It is one of Europe's largest cathedrals and its dome is only exceeded in size by that of the St. Peter's Basilica in Rome.

St. Paul's Cathedral has had an eventful history. Five different churches were built at this site. The first church, dedicated to the apostle Paul, dates back to 604 AD, when King Ethelbert of Kent built a wooden church on the summit of one of London's hills for Mellitus, Bishop of the East Saxons. At the end of the seventh century, the church was built in stone by Erkenwald, Bishop of London.
In 962 and again in 1087, the cathedral was destroyed by fire, but each time it was rebuilt and expanded. By that time, it had become one of the largest cathedrals in Europe. Renovations and extensions in the thirteenth and fourteenth centuries enlarged the cathedral even more. 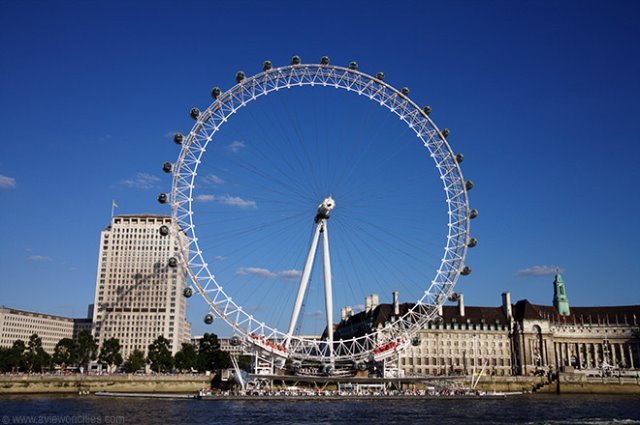 A modern but already very popular tourist attraction is the London Eye, a giant observation wheel located in the Jubilee Gardens on the South Bank. The 135 meter (443ft) tall structure was built as part of London's millennium celebrations.

The structure was designed by the architectural team of David Marks and Julia Barfield, husband and wife. They submitted their idea for a large observation wheel as part of a competition to design a landmark for the new millennium.
None of the entrants won the competition, but the couple pressed on and eventually got the backing of British Airways, who sponsored the project.

Т.What did we discuss today? What sights of London can you now describe? Name one of the London places of interest.