Вікторина What do you know about Britain?

Speaker: Dear guests, teachers and friends! We begin our play. Today we're going to speak about Great Britain. Let me introduce  the players.

Students are joined into 2 teams to develop team spirit.

Also we have a team of  English Language teachers.

You are given clues. Find 9 words in this crossword.You have only one minute.

Listen to 3 national anthems and decide which is the anthem of Great Britain “God Save the Queen”.

(They hear British\American\Welsh anthems. The participants work in their cards).

In your cards you have 5 flags. Color the flags and match them with the name of the country.

(The pupils get the handout but in black and white. Students colour the  flags by memory .

Later they are shown the examples of the flags (Slide 2,3)).

You know that each country has its own symbols. So, the United Kingdom of Great Britain and Northern Ireland  consists of the parts and each of them has a flower symbol too. Now look at the screen, please, and say which flower belongs to which country.(The pupils get the handout (Slide 4).

Questions for the 1 team:

1. What is the colour of London’s taxy? (black)

3. What is the name of  business, commercial, trade centre of London? (the City).

4. What is the most favourite flower of the Englishmen? (a red rose).

6. Who is the official head of the state? (the Queen).

7. What is the most popular square in London. (Trafalgar Square).

9.  What is the capital of Scotland? (Edingburgh).

10. What is the official residence of the  royal family? (Buckingham Palace).

Questions for the 2 team:

Questions for the 3 team:

Listen attentively and cover the sight that you hear, if you have covered all of them say “Bingo”. (1)

Listen attentively and cover the sight that you hear, if you have covered all of them say “Bingo”. (2)

Listen attentively and cover the sight that you hear, if you have covered all of them say “Bingo”. (3)

2. Britain has an eagle as its symbol (a lion or a bulldog)

5. There are not any multistoried buildings in London (yes).

6. The British like to shake hands with each other nearly as often as Ukrainians (no).

7. Buses and pillar-boxes are bright yellow in London (red).

8. London Underground (or Tube) is the oldest and the longest in Europe (yes)

9. In Britain cars are driven on the right side of the road (left)

Pupils are proposed some photos of places of interest of London. They have to give their names. They get 1 point if they pronounce them correctly. ( Slides10-20)

Pupils are proposed three colours of  cards. They choose any and have  questions. Each colour is a group of questions on the certain theme.

1. Name the sea between the island Great Britain and Ireland? (The Irish Sea).

2. On what continent are the British Isles situated? (Europe).

3. What is the official name of the Great Britain? (The United Kingdom of Great Britain and   Northern Ireland).

Listen to the following, pay attention to the famous places of London and write them down, more places you write more points you get.

Guide: Good morning, ladies and gentlemen. Welcome to our round London sightseeing tour.

We are in the Piccadilly Circus (1) now and we’re turning left into Regent Street (2).

We are going along White Hall (3). On the left you can see the Horse Guard Parade. Straight ahead is Nelson’s Column (4) in Trafalgar Square (5).

Now we are going towards the City of London (6). Straight ahead you can see St. Paul’s Cathedral (7). This was built in the 17th century by Sir Christopher Wren.

Now we are going over the Tower Bridge (8). We’re going away from the City of London. Behind us you can still see the walls of the Tower of London (9).

Teams   are given any situation for discussion:

a) beer and butter

b) tea and soda

a) build monuments to your pet after its death

b) never allow it to lie on your bed

Weather. If smb started discussing weather with you, you would …. .

a) change the weather topic

b) speak about weather non-stop

c) turn round and go away

13**. Make the title of the country yourselves.

Pupils have two some boxes of matches and have to make the title of the country they’ve learnt.

The United Kingdom of Great Britain and Northern Ireland.

Speaker:  So it is the end of our game. Now the Jury will  count your score. You are preposed to  listen to a SONG. 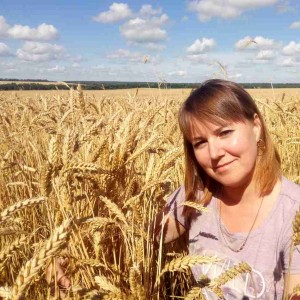