Конспект уроку " A trip to London"

Підтема: A trip to London

Підтема: A trip to London

T: Good morning, pupils. I'm very glad to see you today. I hope you are fine.

Ps: Good morning, teacher. We are fine, thank you.

T: Today we are going to speak about London and its parts. You will learn many interesting about them. By the end of the lesson you should be able to speak about the capital of the United Kingdom.

and try to imagine it in your mind.

T: Find these places on the map (http://maps.google.com/) click on the images and create sentences to describe the pictures:

T: Let's repeat some sounds. Read the words after me.

T: And now our guides will help you to make a trip to London. Listen them very carefully and try to remember the most interesting London's sights.

The first guide: The Old City of London and the communities surrounding it form one political unit. This area is called Greater London or simply London.

London covers 1,580 square kilometers. The river Thames flows through the heart of London. London is divided into 32 boroughs plus the City.

The City and each borough have their own governments.

The second guide: London does not have just one centre, it has a number of centers, each with a distinct character: the financial and business centre called the City, the shopping and entertainment centre in the West End, and the government centre in Westminster.

The third guide: The City of London is one of the major banking centres of the world and you can find banks of many nations in the famous Threadneedle Street and the surrounding area. Here you will find the Bank of England. Nearby is the Stock Exchange which is like a busy market, except that here no food but shares in commercial companies are bought and sold.

The third guide: The West End is the name given to the area of central London north from the Mall to Oxford Street. It includes : Trafalgar Square, the main shopping areas, and the entertainment centers of Soho, Piccadilly Circus and Shaftsbury Avenue. Its name is associated with glamour and bright lights.

Trafalgar Square, is an area of open pavement with statues and fountains. Whitehall and the Strand meet at the square.

The fourth guide: Britain's chief governmental buildings are in the City of Westminster. The Houses of Parliament tower along the Thames. From Parliament, the governmental buildings extend along a broad avenue called Whitehall. The home of Prime Minister, Number 10 Downing Street, is located just off Whitehall. Buckingham Palace lies a short distance of the Prime Minister's home.

The Tower of London

The fifth guide: The Tower of London is the most outstanding link in the chain of the history of the country. William the Conqueror ordered the building of the great stone tower, later called the white Tower.

The Tower of London long continued to be both a fortress and a palace. It was also a prison. At first prisoners were often foreign princes and nobles, who had been captured in war. But later on, in Tudor times, the Tower became the place where famous and the infamous people were sent.

The sixth guide: Westminster Abbey is also full of history. It was founded in 1050 as a monastery, but later it was rebuilt by Henry III. In the 18th century the West Towers were added. The present building dates from about 1480. Nearly all the kings and queens of Britain were crowned and buried there.

Newton, Darwin, Chaucer, Charles Dickens, Thomas Hardy are buried in the Abbey. One of the treasures of the Abbey is the ancient Coronation Chair and the Stone of Scone upon which Scottish kings were crowned. Westminster Abbey is a symbol of English tradition at its best.

THE HOUSES OF PARLIAMENT

The seventh guide: The Houses of Parliament serve as the meeting place of two legislative bodies, the House of Commons and the House of Lords. The buildings are officially called the New Palace of Westminster. They were constructed to replace old palace buildings, which had burned down in 1834.

The Houses of Parliament has over 1000 rooms, and over 3 km of corridors. Laid out they stretch from Parliament to Saint Paul's Cathedral

The eighth guide: Big Ben is the huge bell in the clock of Saint Stephen's Tower.

It may have been named after Sir Benjamin Hall, who supervised the rebuilding of Parliament, or after a famous Victorian prizefighter. Big Ben has boomed out the hours since 1859. When Parliament is sitting at night a light shines above the clock.

The ninth guide: Buckingham Palace is the official London residence of Her Majesty the Queen and her family. It was built in the 18th century and rebuilt later by the architect John Nash.

Nash began his work in 1825, but the palace was not completed until 1837. The first monarch who took residence there was Queen Victoria.

Royal Horse Guard's ceremony takes place daily in the forecourt at 11.30 a. m. and lasts half an hour.

The tenth guide: St Paul's Cathedral is the fifth church built on the same site. The earliest cathedral was erected in 604. The second, built in stone in 675—685, was burned by the Danes in 962, and the third was destroyed by fire in 1087.

After its destruction in the Great Fire of London in 1666, it was rebuilt by Sir Christopher Wren. It took him 35 years to plan and build St Paul's Cathedral, which was completed in 1710

The Whispering Gallery which fascinates all visitors is situated beneath the dome. In this Gallery the slightest whisper is audible 100 feet away. In the North Tower of the Cathedral there is a peal of twelve bells, while in the South or Clock Tower there is the largest bell in England, the Great Paul.

The eleventh guide: Tower Bridge is one of the landmarks of London. Tower Bridge is a fine example of Victorian engineering. This fairy-tale structure was built in 1894. Tower Bridge is the only Thames Bridge which can be raised. The road over the bridge is built on two central sections called bascules, which open two or three times a week to let ships through. The bridge has been open to the public since 1982. There are displays inside the bridge on its history.

In the days before television, cinema and radio, Madam Tussaud's figures were a sensation.

Over two million visitors go there to see the 500 lifelike figures of the famous people. You can see Henry VIII and his six wives, the Battle of Trafalgar, and the Chamber of Horrors.

Today one will find models of well known sports personalities, musicians and film stars, statesmen from around the world, and even the Royal Family.

One can have fun in the new Superstars and Legends section by searching for his personal hero or heroine, or find his favourite film star and tell them he is their greatest fan.

T: Find the pairs to the words

Look at the map of London and try to find the places which we are going to see.

T: Read  the dialogue and make your own.

T: Read the text quickly and find the names of the main parts of London

London is the capital of Great Britain. Its population is more than 8 million people. London stands on the river Thames. It is the largest city in Europe and one of the largest cities in the world.

London is not only the capital of the country; it is also a very big port, one of the greatest commercial centers in the

world, a university city, and the seat of the government of Great Britain.

The main parts of London are: the City, the West End. the East End and Westminster.

The City is the commercial part of London. Only about ten thousand people live there.

The West End is the richest part of London. You can find the best shops, theatres, cinemas, museums, fine parks and

squares there. Its houses and streets are very beautiful. The rich people live in the West End.

The East End is the part of London where working people live. There are not many parks in London.

There are a lot of places of interest in London: Westminster Abbey, Tower of London, St. Paul's Cathedral, and many others.

T: Read the sentences and say are they true or false?

T: Write a postcard to your friend

T: What would you like to visit in London?

because I want to see...

T: Write a letter (10 sentences) to your pen-friend about sights of London. 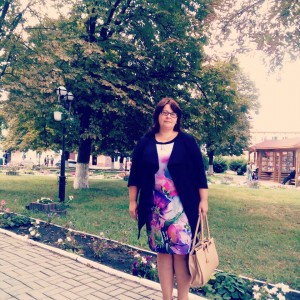 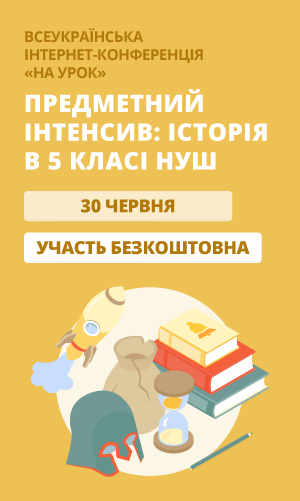