The subject : Unit 4. Sport and Health

The object : to learn new lexical material, to improve the usage of the modal verbs ‘must’, ‘must’nt’, ‘should’, ‘shouldn’t’; to improve the student’s communicational skills about kinds of sport and expressing an opinion.

- How are you today?

-Where do you study?

-What is your favourite kind of sport?

-Today we start the new theme. It is connected with sport activities and health. You’ll explore some topics about healthy food, cooking methods, how to keep fit and you’ll also learn how to write an email about a sports event , expressing your own opinion.

-Work with your classmates in pairs. Open your CB on p.64 and find ex.1 . Which sports can you see on the picture?

-Watch the presentation and explain the meanings of any unknown words. (https://www.slideshare.net/dianaflores12/types-of-sports )

-Sort out all the words into 3 kinds of sports : team, individual, both.

-Who wants to read alone?

- Look at the texts. Which is : an announcement, a sports event review, a notice, a leaflet ? What is each about ?

-Listen to the audio and follow the text in your books. Be ready to answer the questions.

- Why mustn’t we ignore pain?

- Why is water essential for people who do sports? 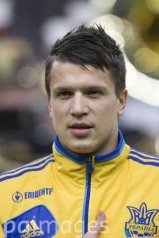 Yevhen Konoplyanka was born on  29th  September,  1989 in Kirovohrad. He  is a Ukrainian professional footballer who plays as a winger for German club Schalke 04 and the Ukraine national team. When he was seven years old,  Konoplyanka signed up for a karate class, which he did with football, eventually reaching black belt.  He also participated in the Ukrainian National Youth Competition. Konoplyanka was signed as a youth by ‘ Dnipro ‘ Dnipropetrovsk at age 16. In the winter of 2006 his starting salary was $ 300.

Yevhen  began his professional career at Dnipro, where he made his debut in 2007 and featured in 211 matches , scoring 45 goals and helping them to the 2015 UEFA Europa League Final. He then moved to the team who won that match, Sevilla, on a free transfer, and won the Europa League in his only season in Spain .

Since  2010, Konoplyanka has earned over 60 caps for Ukraine, and scored 13 international goals. He played for Ukraine in Euro 2012 and Euro 2016, and is a three-time Ukrainian Footballer of the Year.

Yevhen Konoplyanka is very hard-working, optimistic and tries to do his best to make the perfect career. 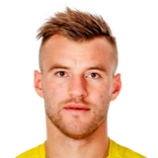 Andriy Yarmolenko was born on 23th  October , 1989 in Chernihiv. He is a Ukrainian football winger forward who plays for Borussia Dortmund in the Bundesliga and the Ukraine national team. Yarmolenko has scored 33 goals in more than 74 matches and playing at UEFA Euro 2012 and Euro 2016. He joined the Dynamo Kyiv Youth Academy at age 13. At  the start of his professional career, he played at clubs ‘ Polissia’  and ‘Desna’  Chernihiv . The talented youngster was praised as the "new Sheva" by journalists, of good physique, shot and especially his speed. The then vice-president of Dynamo also said : "Yarmolenko has all the makings to become a top-level player’’.  On 11 May 2008, Yarmolenko debuted for Dynamo's first team in an away match against Vorskla Poltava and scored the winning goal in Kyiv's 1–2 victory. On 28 August 2017, Yarmolenko signed a 4-year contract with Borussia Dortmund, that will end in August 2021. On 10th  September 2017, Yarmolenko made his debut for Dortmund, in Champions League.

Andriy Yarmolenko often visits Ukraine, plays for the National team and gives many interviews. He is proud to be Ukrainian even when he plays for Germany. Andriy always says that in order to be famous you must work really hard and always believe in success.

away match against – матч-відповідь проти 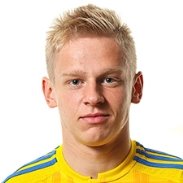 From Ukraine to the British  star

Oleksandr Zinchenko was born on 15th  December,  1996 in Radomyshl, Zhytomyrska region . He  is a Ukrainian professional footballer who plays as an attacking midfielder or a wing back for Premier League club Manchester City, England.

When he was a teenager he played for FC ‘Shakhtar’ and he also was a transfer in FC ‘PSV’, Holland. He made his international debut in a UEFA Euro 2016 qualification match against Spain on 12 October 2015. Zinchenko scored his first international goal in a friendly against neighbours Romania in Turin, which Ukraine won 4–3 on 29 May 2016. He also became Ukraine's youngest player to score an international goal at the age of 19, beating a record by Andriy Shevchenko.

Oleksandr often visits Ukraine, plays for the National team and loves Ukraine very much. He is a player in FC’ Manchester City’ in one of the best clubs of the United Kingdom . He has been playing there since 2016. What made him so famous? First of all , his willing to win and  believe in his forces . Was it a lucky chance? Who knows. Anyway, talent without working hard is nothing. 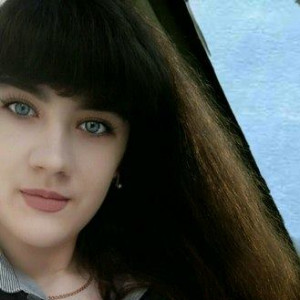