Each teaching method is based on a particular vision of understanding the language or the learning process, often using specific techniques and materials used in a set sequence. 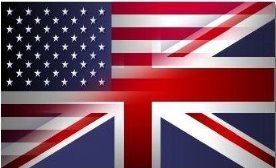 It`s interesting and important to know.

Each teaching method is based on a particular vision of understanding the language or the learning process, often using specific techniques and materials used in a set sequence.

The grammar-translation method is a method of teaching foreign languages derived from the classical (sometimes called traditional) method of teaching Greek and Latin. In grammar-translation classes, students learn grammatical rules and then apply those rules by translating sentences between the target language and their native language. Advanced students may be required to translate whole texts word-for-word. The method has two main goals: to enable students to read and translate literature written in the target language, and to further students’ general intellectual development.

The direct method of teaching, sometimes called the natural method. Not limited to but often used in teaching foreign languages, the method refrains from using the learners' native language and uses only the target language. It was established in Germany and France around 1900.

The audio-lingual method, Army Method, or New Key, is a style of teaching used in teaching foreign languages. It is based on behaviorist theory, which professes that certain traits of living things, and in this case humans, could be trained through a system of reinforcement—correct use of a trait would receive positive feedback while incorrect use of that trait would receive negative feedback.

This approach to language learning was similar to another, earlier method called the direct method. Like the direct method, the audio-lingual method advised that students be taught a language directly, without using the students' native language to explain new words or grammar in the target language. However, unlike the direct method, the audio-lingual method didn’t focus on teaching vocabulary. Rather, the teacher drilled students in the use of grammar.
Applied to language instruction, and often within the context of the language lab, this means that the instructor would present the correct model of a sentence and the students would have to repeat it. The teacher would then continue by presenting new words for the students to sample in the same structure. In audio-lingualism, there is no explicit grammar instruction—everything is simply memorized in form. The idea is for the students to practice the particular construct until they can use it spontaneously. In this manner, the lessons are built on static drills in which the students have little or no control on their own output; the teacher is expecting a particular response and not providing that will result in a student receiving negative feedback.

CLT is usually characterized as a broad approach to teaching, rather than as a teaching method with a clearly defined set of classroom practices. As such, it is most often defined as a list of general principles or features.

These five features are claimed by practitioners of CLT to show that they are very interested in the needs and desires of their learners as well as the connection between the language as it is taught in their class and as it used outside the classroom. Under this broad umbrella definition, any teaching practice that helps students develop their communicative competence in an authentic context is deemed an acceptable and beneficial form of instruction. Thus, in the classroom CLT often takes the form of pair and group work requiring negotiation and cooperation between learners, fluency-based activities that encourage learners to develop their confidence, role-plays in which students practise and develop language functions, as well as judicious use of grammar and pronunciation focused activities.       In the mid 1990s the Dogma 95 manifesto influenced language teaching through the Dogme language teaching movement, who proposed that published materials can stifle the communicative approach. As such the aim of the Dogme approach to language teaching is to focus on real conversations about real subjects so that communication is the engine of learning. This communication may lead to explanation, but that this in turn will lead to further communication.

The natural approach method was developed by Stephen Krashen and Tracy Terrell in the late 1970s and early 1980s.

It aims to foster naturalistic language acquisition in a classroom setting, and to this end it emphasises communication, and places decreased importance on consciousgrammar study and explicit correction of student errors. Efforts are also made to make the learning environment as stress-free as possible. In the natural approach, language output is not forced, but allowed to emerge spontaneously after students have attended to large amounts of comprehensible language input.

The natural approach has become closely associated with Krashen's monitor model, and it is often seen as an application of the theory to language teaching. Despite this perception, there are some differences, particularly Terrell's view that some degree of conscious grammar study can be beneficial. The syllabus focuses on activities which Terrell sees as promoting subconscious language acquisition. He divides these activities into four main areas: content activities, such as learning a new subject in the target language; activities which focus on personalizing language, such as students sharing their favourite music; games; and problem-solving activities.

Total physical response (TPR) is a language-teaching method developed by James Asher, a professor emeritus of psychology at San José State University. It is based on the coordination of language and physical movement. In TPR, instructors give commands to students in the target language, and students respond with whole-body actions.

The method is an example of the comprehension approach to language teaching. Listening serves a dual purpose; it is both a means of understanding messages in the language being learned, and a means of learning the structure of the language itself. Grammar is not taught explicitly, but is induced from the language input.

Asher developed TPR as a result of his experiences observing young children learning their first language. He noticed that interactions between parents and children often took the form of speech from the parent followed by a physical response from the child. Asher made three hypotheses based on his observations: first, that language is learned primarily by listening; second, that language learning must engage the right hemisphere of the brain; and third, that learning language should not involve any stress.

Suggestopedia (USA English) or Suggestopaedia (UK English) is a teaching method developed by the Bulgarian psychotherapist Georgi Lozanov. It is used in different fields, but mostly in the field of foreign language learning. Lozanov has claimed that by using this method a teacher's students can learn a language approximately three to five times as quickly as through conventional teaching methods.
Suggestopedia has been called a "pseudo-science". It strongly depends on the trust that students develop towards the method by simply believing that it works.
The theory applied positive suggestion in teaching when it was developed in the 1970s. However, as the method improved, it has focused more on “desuggestive learning” and now is often called “desuggestopedia.” Suggestopedia is a portmanteau of the words “suggestion” and “pedagogy". A common misconception is to link "suggestion" to "hypnosis". However, Lozanov intended it in the sense of offering or proposing, emphasising student choice.

The Silent Way is a language-teaching method created by Caleb Gattegno that makes extensive use of silence as a teaching technique. It is not usually considered a mainstream method in language education. It was first introduced in Gattegno's book Teaching Foreign Languages in Schools: The Silent Way in 1963. Gattegno was skeptical of the mainstream language education of the time, and conceived of the method as a special case of his general theories of education.
The method emphasises the autonomy of the learner; the teacher's role is to monitor the students' efforts, and the students are encouraged to have an active role in learning the language. Pronunciation is seen as fundamental; beginning students start their study with pronunciation, and much time is spent practising it each lesson. The Silent Way uses a structural syllabus, and structures are constantly reviewed and recycled. The choice of vocabulary is important, with functional and versatile words seen as the best. Translation and rote repetition are avoided and the language is usually practiced in meaningful contexts. Evaluation is carried out by observation, and the teacher may never set a formal test.

An experienced professional language teacher always adopts the Principled Eclecticismapproach, deciding on the most suitable techniques and applying the most appropriate methodology for that learner’s specific objectives, learning style and context. 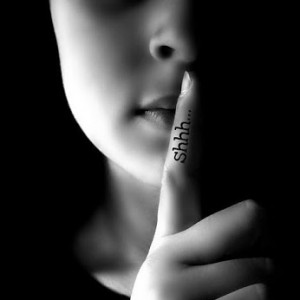