Task 1. Read the text and fill in the missing part of the sentence (A-G, but one is odd).

The climate in Great Britain is generally mild and temperate due to 1)______________. The south-western winds carry the warmth and moisture into Britain. The climate in Britain is usually described as cool, temperate and humid. British people say: "Other countries have a climate, in England we have weather." The weather in Britain changes very quickly. One day may be fine and the next day may be wet. The morning may be warm and the evening may be cool. Therefore 2) __________________ the comparison "as changeable as the weather" of a person who often changes his mood or opinion about something. The weather is the favourite topic of conversation in Britain. When two Englishmen are introduced to each other, if they can't think of 3)_______________, they talk about weather. When two people meet in the street they will often say something about weather as they pass, just to show their friendliness. Every daily paper publishes a weather forecast. Both the radio and television give the weather forecast several times each day. The English also say that they have three variants of weather: when it rains in the morning, when it rains in the afternoon or when in rains all day long. Sometimes it rains so heavily that they say "It's raining cats and dogs". Rainfall is more or less even throughout the year. In the mountains there is 4) __________________ the south and east. The driest period is from March to June and the wettest months are from October to January. The average range of temperature (from winter to summer) is from 15 to 23 degrees above zero. During a normal summer the temperature 5)_______________. Winter temperatures below 10 degrees are rare. It seldom snows heavily in winter, the frost is rare. January and February are usually the coldest months, July and August the warmest. Still the wind may bring winter cold in spring or summer days. Sometimes it brings the whirlwinds or hurricanes. Droughts are rare. So, 6) _________________ climate has three main features: it is mild, humid and changeable. That means that it is never too hot or too cold. Winters are extremely mild. Snow may come but it melts quickly. In winter the cold is humid cold, not the dry one. 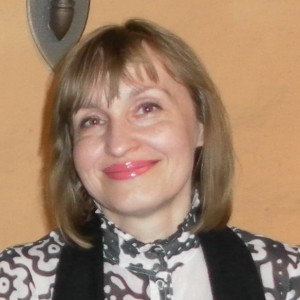