T. Today we are going to speak about English painters and their pictures. We’ll be able to go on an excursion to the museums and pictures galleries of different cities of the world where their paintings are exhibited.

T. Before we start speaking about English painters let’s review the words on the topic. Can you tell the words connected with our topic.

T. Now make up your own sentences with these words. Do it together, one of you will read your sentences. Work in pairs.

Наприклад: 1. The State Tretyakov Gallery is one of the best-known picture galleries in Russia.

T. Do you know the picture galleries and museums where we can see paintings of famous artists? In what cities are they situated? Match the words.

THE MUSEUM OF WESTERN AND EASTERN ART        ODESA

T. Now listen to the text and answer the questions in short.

The National Gallery in London houses the national collection of Western European painting, comprising more than 2000 pictures dating from late 13th to the early 20th century. The pictures belong to the public and access to them is free, as it has been since the Gallery was founded in 1824. All European art schools are represented in the Gallery. All great artists are represented by masterpieces and the collection shows the international nature of European painting at all period since the Renaissance. The collection is housed in the building designed by William Wilkins in 1838.

The Gallery is situated in the centre of London, in the famous Trafalgar Square. The collection includes canvases by Italian, Spanish, French and English painters. Pictures of Hogarth, Turner, Constable, Gainsborough and Reynolds are exhibited there. Thousands of tourists and Londoners visit the National Gallery and enjoy the beauty of it collection.

T. It’s a pity that we don’t have the opportunity to visit Kyiv, Moscow, Saint Petersburg, Paris, London or Washington and their museums and art galleries. But today at our lesson we’ll have a role play «Let’s go on an excursion to the museum and art gallery». Here we have guides from different museums and galleries. Listen to them attentively. They will introduce the world of painting to us. They will tell us about famous English painters and their pictures. Our guides will help you to learn more about the painters and their masterpieces and enjoy their beauty. So let’s start our excursion.

P1. My name is             . I’ll be your guide for today and I want to tell you about William Hoggart. He is one of the greatest of English artist of 18th century. William Hoggart made his name as an artist painting “conversation pieces”. These little pictures were very popular in England during the 18th century. They represented members of the same family or close friends having tea, playing cards or simply talking to one another. Hoggart said that his picture was his stage, and men and women his players.

The masterpiece of the series was the famous “Marriage a la Mode”. This set of pictures describes a marriage between the daughter of a rich man and a young lord, the son of an old Earl. The girl’s father has brought a bag full of money with him. Their children are together but apart: the young man is watching himself in the glass; the girl is listening to a young Counsellor. The pictures round the room help understand the situation. In one of the pictures Madame sits listening to the young Counsellor, whose portrait hangs in her room. Other pictures in the series show My Lord who amuses himself with a bad company. He returns home tipsy. Madame wastes her money at auctions. The end is known. My Lord attacks the  Counsellor, who kills him and is executed. Moral: don’t listen to counselors; don’t marry a man for his rank, or woman for her money; don’t visit auctions unknown to your husband; don’t have bad friends. Otherwise you will be ruined.

Hoggart’s fame is, in fact, based on these “moral” engravings. They are full of humour. You must read them, and not look at them like other works of art. All though, Hoggart could also paint pieces of superb painting.

P2: My name is         . I am your guide. I’ll tell you about John Constable, one of the greatest landscape painters. He was born in Sufford, on June 11, 1776. He was the son of a wealthy miller. He began to take interest in landscape painting while he was at grammar school. His father did not favour art as a profession. As a boy Constable worked almost secretly, painting in the cottage of an amateur painter. His keen artistic interest was such that his father allowed him to go to London in 1795, where he began to study painting.

Constable was the first landscape painter who considered that every painter should make his sketches direct from n Constable ature, that is, working in the open air. He tried to earn his living by portraits. His heart was never in this and the achieved no popularity.

Constable was a realist. He put into his landscape cattle, horses, the people working there. He put the smiling meadows, the sparkle of the sun on rain, or the stormy and uncertain clouds. The most notable works of Constable are “Dedham Vale”, “Flatford Mill“, “A Cottage in a Cornfield”, “The Hay Wain”, “Malvern Hall”, “Weymouth bay”, “Boat Building” and others.

In England Constable never received the recognition that he felt he was due. The French were the first to acclaim Constable publicly. His influence upon foreign painting schools has been powerful. Constable may truly be considered the father of modern landscape painting.

P3: My name is        . I want to tell you about Thomas Gainsborough. He was a portraitist and landscape painter. He was born in Sudbury in 1727 and was the son of merchant. His father sent him to London to study arts.  Thomas Gainsborough spent 8 years working and studying in London. There he got acquainted with the Flemish traditional school of painting. In his portraits green and blue colours predominate.

He was the first British painter who painted British native countryside. He painted a wagon of hay, a poor cottage, poor peasants. His works of landscape contain much poetry and music. His best works are “Portrait of Sarah Buxton”, “Lady Georgiana Cavendish”, “Lady in blue”, “Portrait of Sarah Siddons”, “Cornard Wood”, “Sunset”, “The cottage door”, “The market cart” and “The bridge”.

The particular discovery of Gainsborough was the creation of a form of art in which the characters and the background form a single unity. Gainsborough emphasized that the natural background for his characters should be nature itself. His works, painted in clear and transparent tones, had a considerable influence on the artists of the English school. He was in advance of his time. His art became a forerunner of the Romantic Movement.

T. So we have been to the picture gallery and listened to the guides.

T.  How many words can you complete with the letters -art?

You have some prompts.

T. Today we have trained to use the words and words-combinations on the topic « Painting. » and listened to the reports about English painters. Thank you for your efforts to make our lesson really interesting, you played your roles of guides excellently and it was a real pleasure to listen to you. Now you know a lot of words on this topic. Have you ever tried to compose a crossword in English?

T. Try to compose the crossword at home. 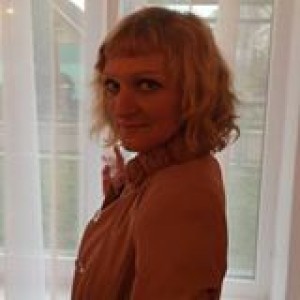