Topic of the lesson:

Countries and Nationalities in the World.

The United Kingdom of Great Britain and Northern Ireland.

The teacher brings the map of the world and asks the pupils to show the countries where English is spoken. After the English-speaking countries have been identified the teacher presents the topic of the lesson.

Today we’re going to speak about different countries and nationalities in the world. You have already read many texts, had a lot of additional information about English-speaking countries and especially about Great Britain and its capital. So, we’ll summarize the material on this topic and refresh your knowledge about different nationalities. Let’s start from the task which you have prepared at home. Your task was to look at the flags and complete the sentences.

T. – Pupils, you have learned a lot of interesting things about Great Britain. So, today we shall sum up your knowledge. At first, let’s read the text to refresh your knowledge and then discuss and do some exercises.

T. – So, pupils, how do you think, is “England” the only name for the country which language we study?

T. – That’s right. But that sounds more official, doesn’t it?

P. – Yes, it’s the official name for the country.

T. – Imagine that you have just returned from Great Britain. What can you tell about your visit to this country? Let’s develop this situation. How did you enjoy your stay in Britain?

P. – Oh, very much indeed. We could see many interesting places there.

T. – What did your programme include?

P. – Well, it isn’t easy to describe it in one word. But one thing I may say exactly – Britain is an interesting country.

T. – I fully agree with you. Great Britain is really a wonderful country; it’s also full of history. And its capital city London is very beautiful too. To my mind, the best way to know Great Britain better is to visit it.

I. Complete the map of the British isles :

a)  Put the letters in the right order:

b)  Look at the map and find the names of the countries: 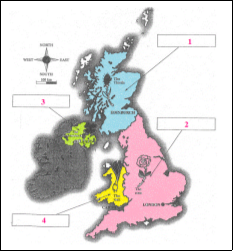 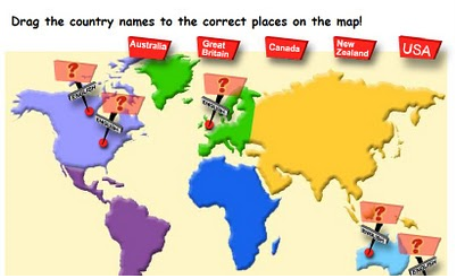 b) Answer the Questions:

T. – Listen to the text and then do some exercises:

a) Mach the words and the pictures

b) Complete the story

(Teacher suggests the text for listening)

The Princess and the Dragon

Once upon a time there was a king and a queen who lived in a golden castle with their beautiful daughter. One night an ugly ogre captured the beautiful princess and locked her up in his tall dark tower. The king and queen were very sad. They promised to give a bag of gold to the knight that rescued the princess. All the knights in the land wanted to rescue the princess. They rode to the tower as fast as they could.  The ugly ogre roared with anger when he saw the knights. His roar was so scary that they rode away as fast as they could.

One day a friendly dragon was flying over the ogre’s tower, when he heard the princess cry for help. The dragon flew down to the tower, took a big fiery breath and blew the ogre far away over the mountains and into the ocean. The dragon rescued the princess from the tower and gently put her on his strong back. They flew high in the sky. They flew over the tower and the castle, over the mountains and caves, and out towards the deep blue ocean.

The dragon and the princess flew to the castle. The kind and queen were so happy to see the princess. They gave the dragon the bag of gold. They all lived happily ever after.

Dear friends! Thank you for the interesting lesson. You all really did your best and I am very pleased with your answers. Go ahead and never stop learning! 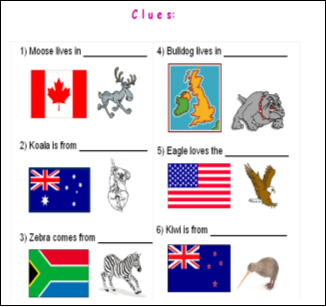 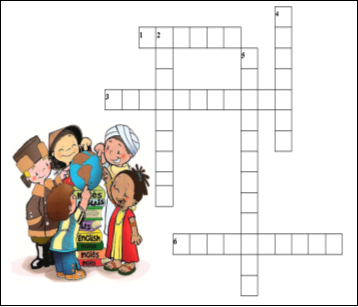 Task 2   Choose the words from the box: 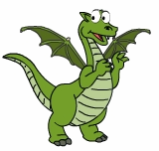