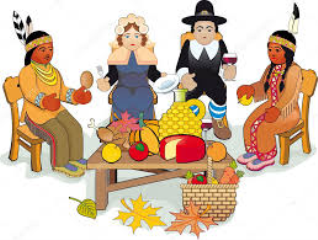          to develop students’ skills of working with the new text

         to provide students with additional information about Thanksgiving Day

to educate students to respect the culture and traditions of the USA.

T: Good afternoon, dear students! How are you? I hope everybody is fine. So let’s start our lesson.

Today we shall talk about one of the most important holiday for Americans. It is Thanksgiving Day. And do it with the help of learning new words and reading the text.. It will help you to review the material you have studied at your English lessons and I hope you will get to know many new interesting things.

I. Match the words and the pictures 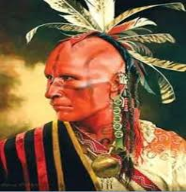 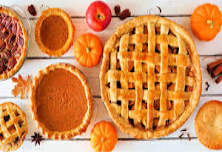 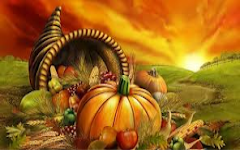 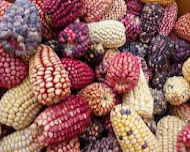 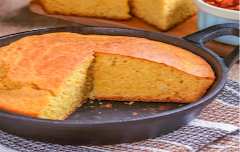 II. Fill in the gaps with the words.

III. Answer the questions. Read the story and check your answers.

1.Is Thanksgiving a British or an American holiday?

2.When do people celebrate Thanksgiving?

3.What do people do at Thanksgiving? 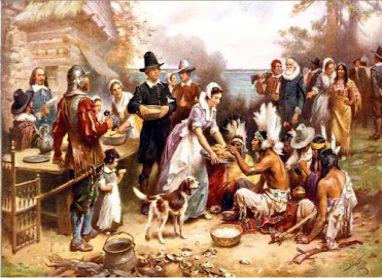 Thanksgiving Day is a harvest festival. Traditionally, it is a time to give thanks for the harvest and express gratitude in general. It is a holiday celebrated primarily in Canada and the United States. The American Thanksgiving began as a feast of thanksgiving almost four hundred years ago.

In 1620, a religious British Puritan community sailed across the Atlantic Ocean to settle in the New World. They settled in what is now known as the state of Massachusetts.

Their first winter in America was difficult. They arrived too late to grow a rich harvest. Moreover, half the colony died from disease. The following spring the Iroquois Indians taught them how to grow corn. Indians showed them also how to grow other crops and how to hunt and fish.

In the autumn of 1621 they got a beautiful harvest of corn, barley, beans and pumpkins. The colonists had much to be thankful for, so they planned a feast. Local Indian chief and ninety Indians were present. The colonists learned from Indians how to cook cranberries and dishes of corn and pumpkins.

In following years many of the colonists celebrated the harvest with a feast of thanks. After the United States gained independence, Congress recommended one yearly day of thanksgiving for the whole country.

On Thanksgiving Day, family members gather at the house of an older relative, even if they live far away. All give thanks for everything good they have. Charitable organizations offer traditional meal to the homeless.

Today, Thanksgiving is celebrated on the second Monday of October in Canada and on the fourth Thursday of November in the United States. Thanksgiving dinner is held on this day, usually as a gathering of family members and friends.

Americans of all religions celebrate this holiday with big dinners and family reunions. It is a time to remember all the good things in life and to be thankful. Turkey is a traditional Thanksgiving Day Food. 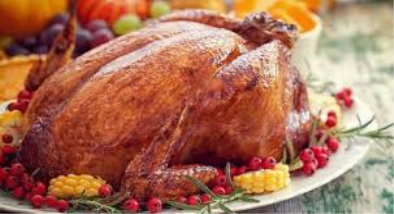 3.      The colonists learned from Indians how to cook cranberries ….

6.      Today, Thanksgiving is celebrated on the second Monday of October in….

1.      When did the settles have their first Thanksgiving?

3.    When did American people celebrate the Thanksgiving? 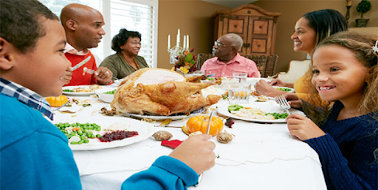