T: Good morning, students! I’m glad to see you. You look wonderful today. Please, face and smile each other. Thank you. Now, I hope you feel comfortable.

Warming up. Listen to the song “Throw Away Your Television” by Red Hot Chilli Peppers and do the task.  A number of words have been removed from the text and placed in a word bank. Use the words from the word bank to fill in the blanks in the text. Write the words in the blanks provided.

Slay the plague for it's contagious

Pull the plug and take the stages

Take the noose off your ambition

T: What is this song about?

What idea does the author express?

Do you agree with this point of view?

Should we throw our television? What do you think?

T:  So the aim of our lesson is to decide for ourselves weather television is good or bad and what role it plays in our life.

T: Watch the following video and repeat the words. Go through the video as often as you feel necessary to remember all the words for the TV programmes.

T: Study the Mind – Map. Try to remember as many words as you can. 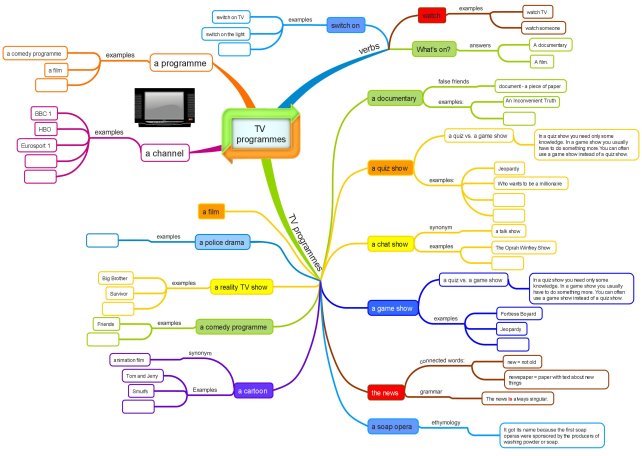 T: Write down the types of television programmes using the words from the box. 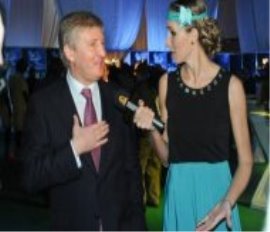 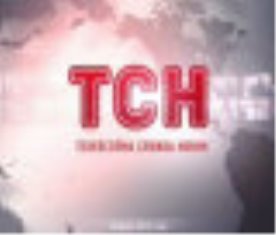 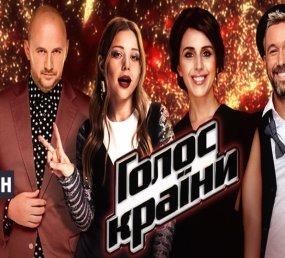 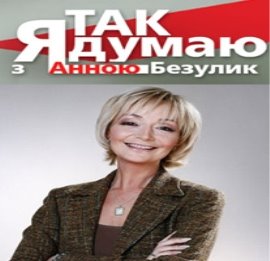 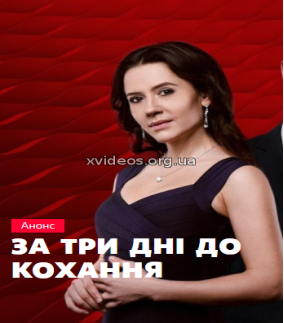 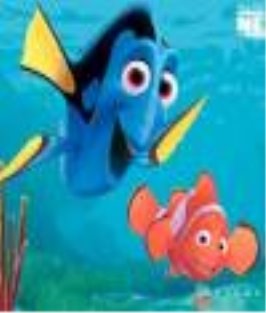 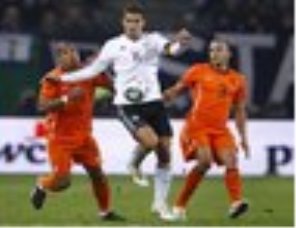 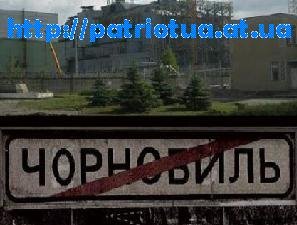 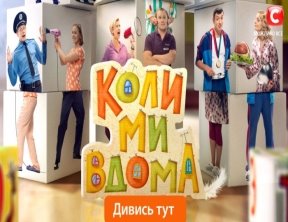 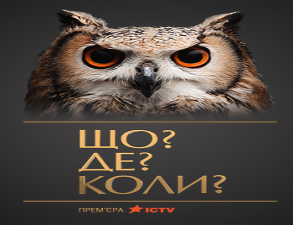 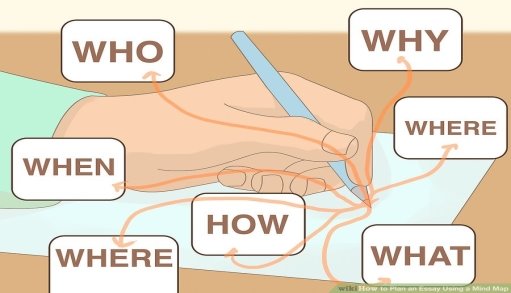 e.g. What sports programmes do you watch? Discuss the questions in pairs.

T: Your homework was to prepare the presentation “My Own TV Show”. Now try to share your ideas with your classmates.

Television is one of the greatest achievements of the 20th century. It is the most popular part of mass media. Television plays a big role in every civilized society. Today television gives people a possibility to be well informed and enjoy “civilized pleasures”. The programmes are various and people have a chance to select what they want to see. Television provides great opportunities for education. There are programmes devoted to specialized subjects. With the help of TV, it is possible to learn foreign languages, to know a lot of wonderful things concerning the world flora and fauna. TV teaches the ideal of democracy and political arguments. Watching television can be compared with reading books. It provides an outlet for creative talents.

The different channels show programmes of various kinds from documentaries, current events and sport to American films and science fiction cartoons. Now this medium of communication allows people to see and speak with other if they are separated by thousand kilometers. TV shocked, surprised and stimulated. It brought ballet, opera and theatre to big masses of people.

It is said that only three generations have grown up with television, but they managed to forget how to spend their free time without television. Its role is increasing not because it is an entertainer or informant, but because of the grip it has on many people. It is called a “living room monster” or “one-eyed monster”. TV can keep children quiet. If they are noisy their mothers turn on the set. Children watch commercials, horror films of violence. TV prevents children from creating their abilities.  To force their children away from their favourite evening programmes to their homework has eventually become the main problem of the parents of different countries.

TV is damaging for health. It has bad effect on the eyes, particularly of children. The physicians proved that if children do not watch TV they find themselves without anything to talk about at school, where comedians and singing stars are major topics during breaks between classes. The same is true about some adults. Sometimes TV programmes become the topics of common interest of people and without them they have nothing to talk about…

Contemporary people for various reasons depend on television. They watch everything from news and sports reports to dramas, educational and entertainment programmes. Today some people become TV addicts and feel themselves unhappy if they fail to find another way of passing leisure time. Free time is regulated by television. TV occupies our free time. Instead of going to the theatre or reading books people watch TV. People rush home, gulp food to be in time to watch their favourite programmes. People have stopped reading books and depend on TV pictures. Spoken words become more important. No surprise that television is often called “chewing gum for men’s brains”. People become lazy, instead of doing sports they watch TV. If they are deprived for various reasons of watching their favourite programmes they feel inconvenience.

T: Let’s check up what you have done.  Add your own reasons for positive and negative sides of television.

T: Many people like to rent DVDs or videos for entertainment. Others like to buy DVDs either at a store or online. Write down as many types of movies that you can. Discuss your preferences for each type of movie (e.g., love, like, don't like, can't stand, hate).

T: First, listen to the conversation by pressing the "Play Audio" button and choose whether the woman likes or dislikes each type of movie. Press the "Final Score" button to check your quiz. ( http://www.esl-lab.com/like1/like1.htm#pre)

T: How do your own movie preferences compare with the woman's likes and dislikes in the conversation? Think of words or phrases to describe these genres types of movies:

“Pop-corn” Debate. T: Now split into two groups: affirmative and negative and debate on the topic “Watching TV is a Waste of Time”. Affirmative team is the first to start. The first player gives the argument and chooses the opponent saying “Pop-corn, (name)”. The chosen opponent from negative team must rebut the argument of the first player and give his argument. Then he calls the opponent from affirmative team and so on. More persuasive team wins. While speaking use suggested word expressions.  (Handout 2)

(Each student gets a card with the task).

1) T: You homework is to write “For & Against” essay “Television – a Blessing  or a Curse?” using tips for successful writing. 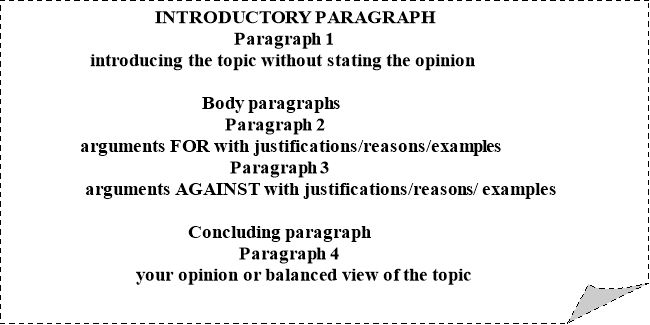 2) T: Find as many quotations about TV as you can.

Summarizing. T: Are you satisfied with today’s lesson? What new information have you got in the lesson? What do you like most of all?

Throw away your [1] television

Time to make this clean decision

Master [2] waits for it's collision now

Throw away your [4] television

Slay the plague for it's contagious

Pull the plug and take the stages

Throw away your [7] television now

Throw away your [8] television

Take the noose off your ambition

Throw away your [10] television

Not everyone will agree with me, but…

You could be right, but I …

I’m not quite sure I agree…

I can see your point, but…

I’m afraid I’m not of the same opinion…

I see what you mean, but…

I’m sorry, but I can’t agree with you.

Yes, I agree, but on the other hand…

I know, but even so…

(Perhaps) You’re right, but what about…

Do you really think that…?

I can agree with you, but only up to a point

But can’t you see…

Firstly/ in the first place/ to start/ to begin with…;

Secondly/ in addition/ furthermore/ moreover/ besides…;

Last, but not least;

Conclusion – a balanced summary of the topic:

To conclude/ sum up….